Title Update 12 goes live tomorrow in The Division 2 bringing a new Manhunt, new events, new rewards, and some cool new features. One new feature, the Optimization Station will push the boundaries of gear to their upper limits.

The new title update covers a lot of ground, but aims to provide the kind of content players often look forward to, with new rewards hitting the scene that will shake up player-builds in new ways. The new rewards can be seen in detail in the patch notes, but are listed below in a brief overview:

That isn’t all, the team has squashed plenty of bugs, added quality of life features, such as adding additional inventory space and a new skill pick up feature for turrets, and they’ve also released the Season Four target dates for Manhunt and Global Event releases. 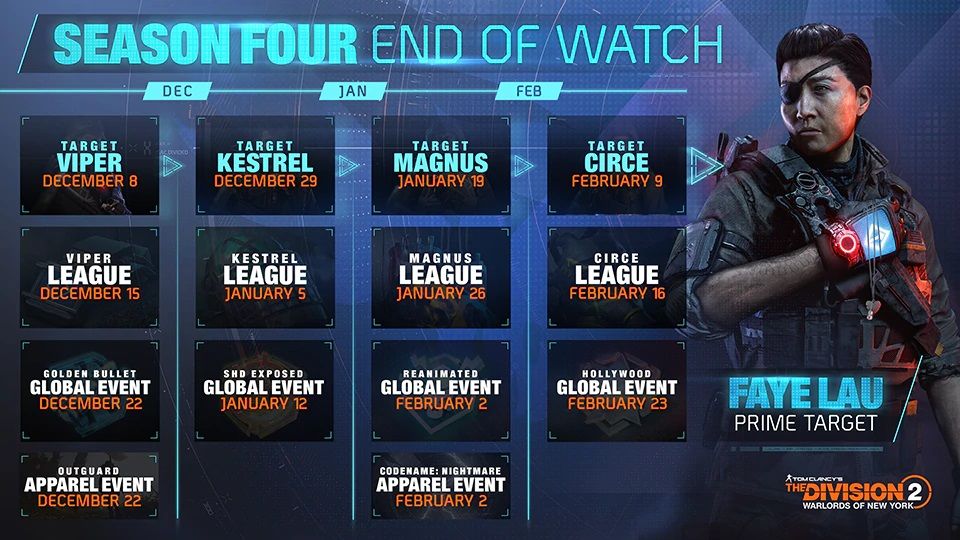 If you’ve missed the previous Title Updates, don’t worry too much, but you may want to check out the last one to see what you may have missed, if it’s been a while since you logged into The Division 2.