RuneScape continued giving us all a look into some of what to expect in 2023, and the list is complete with the unveiling of the new skill coming next year: Necromancy. The team also shed a little light on the rest of the new roadmap, which was confirmed bit by bit after the community solved puzzle clues.

The first reveal was a new scheme for death costs, which will reduce them by a lot, in addition to a new Grand Exchange tariff to help offset the change. This also came with word of a combat event as well. The second reveal concerned a new storyline, Fort Forinthry, which will integrate skilling, questing, and combat. Characters like King Roald and Queen Ellamaria will also feature in the new storyline, which is expected around mid-February. Be prepared for the new quests and challenges, as well as the setting: “As if the usual political machinations of the Kingdom's elite weren't enough, the evening takes a sinister turn when one of the nobles is murdered at the banquet table! The gates are barred for the night; no one may leave or enter.

Can you and your wannabe-detective butler identify the murderer before dawn breaks?" 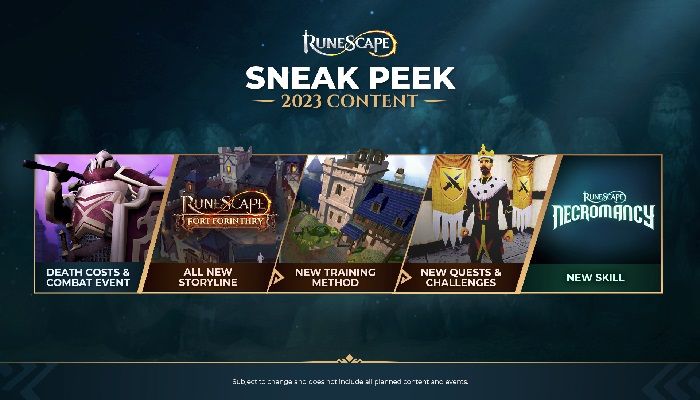 Finally, Necromancy was revealed as the new skill in a RuneScape livestream yesterday. This will be the 29th skill added to RuneScape in its long history. There’s not much on what it will look like just yet, but there is a brief reveal teaser that some are undoubtedly looking to for hints already.

For more, head over to the roadmap clues and reveals recap at RuneScape.