Korean MMO giant NCSoft had their earnings report this morning, and while the late quarter numbers were down compared to early 2020's surge, the company still saw growth compared to 2018 and 2019.

The investment report showed that while revenues were essentially flat in Q4 versus Q3 2020, the games giant is still up overall from last year. The report points to a decline in Q4 sales, though it was still up year-over-year and that sales themselves for fiscal year 2020 were up a whopping 42% year-over-year. Additionally PC online sales increased 4% yoy, which NCSoft credited to AION's classic server popularity. 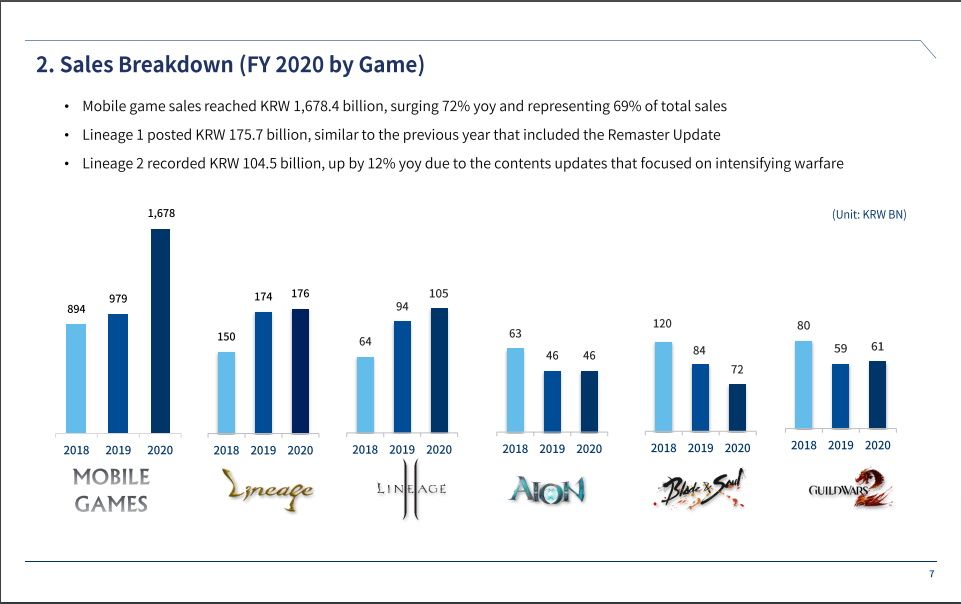 The other MMORPG's under NCSoft's umbrella saw growth - except Blade & Soul, which continues to declined year-over-year. Guild Wars 2 was up compared to 2019, however it still a far cry away from its 2018 heights, while Lineage and Lineage II continued to grow, shattering previous year numbers. However, NCSoft's mobile division still raked in the most, surging to a 72% increase year-over-year and, according to the investor's data, comprising 69% of total sales.

You can check out the full Investor's data on their website.