If you've ever wanted to go over the top, Offworld Industries' multiplayer shooter set in the trenches of World War 1 is going to give you the chance. Beyond the Wire is launching out of Early Access later this month and it's launching with a rather iconic weapon: flamethrowers.

Early Access will be a thing of the past as Beyond the Wire launches on Steam on August 31st. The 1.0 update will bring with it a new player customization option, which will see players earn clothing, decorations from the era, and more. 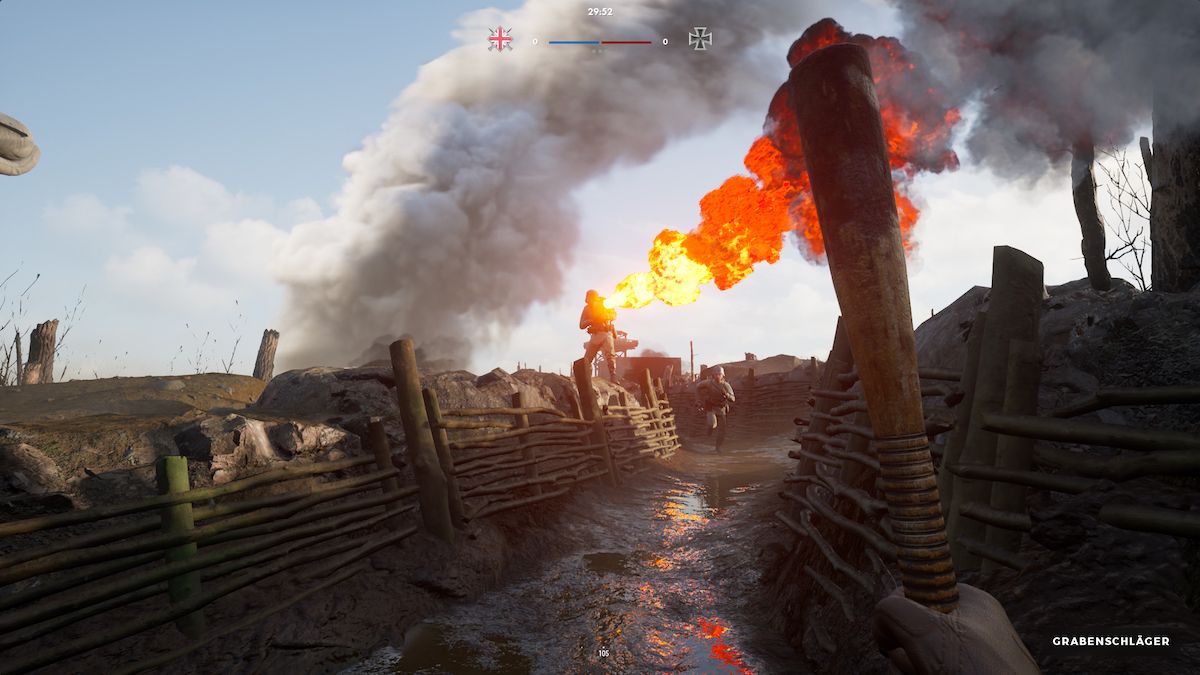 Beyond the Wire will also see revised maps at launch, and while 1.0 is a huge milestone for the team, they won't be simply stopping there. Post-launch players can expect to see even more customization, faction options, and much more.

You can learn more about Beyond the Wire's update on their Steam page. The 50v50 FPS is in early access and focuses on tactical, massive multiplayer combat. Set in the brutal trenches of WW1, Beyond the Wire sees players battle it out in muddy, gruesome detail, where players will need to work as a team to overcome their enemy.