Yesterday, EG7 announced the acquisition of Daybreak Game Company for $300M USD, a move that sees the San Diego-based MMO developer move more into the spotlight than it has in years past. Thanks to a new investor presentation from EG7, we now know a bit more about Daybreak itself.

Daybreak itself has been pretty reclusive even going back to its Sony Online Entertainment days. Thanks to this investors report, we know a bit more about the company and the games it produces - such as earnings, subscriber counts and just who in fact is in charge of Daybreak itself.

Some of the highlights of the deck include the information that Daybreak Game Company, across all its properties, has around 178 million total users. While that number doesn't necessarily mean there at 178 million active players, it's still a massive amount of user data to draw from.

We also learned a bit more about some of the moves the company has made in recent years. For a while we knew that The Lord of the Rings Online and Dungeons & Dragons Online was being published by the company, but the investor report makes clear that the studio responsible, Standing Stone Games, was acquired by DBC in 2016, shedding light on who exactly has owned the LotRO and DDO  IPs this whole time.

More interestingly are the activue users detailed in the investor presentation. While these slides don't give total account numbers per game, we do get a glimpse into the monthly active users, as well as how many of those users are paying the premium subscription. 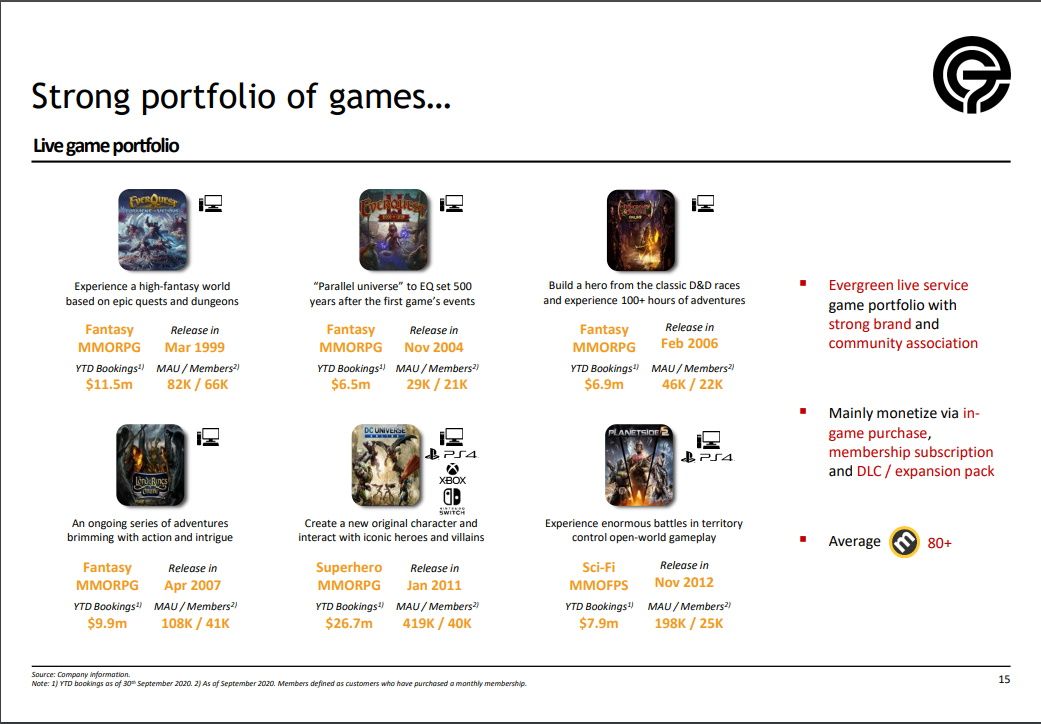 The Lord of the Rings Online sees 108K monthly active users, with 41K of them VIPs - though it's not stated whether or not that includes lifetime accounts or simply monthly sub purchasers. DDO sees 46K MAU with  22K members, and Planetside 2, Daybreak's MMOFPS has a whopping 198K MAU, with 25K of them subscribing monthly.

Retention is also a strength of Daybreak according to the EG7 report, touting a 68%-80% retention rate across their IPs with an average session up to 5 hours. 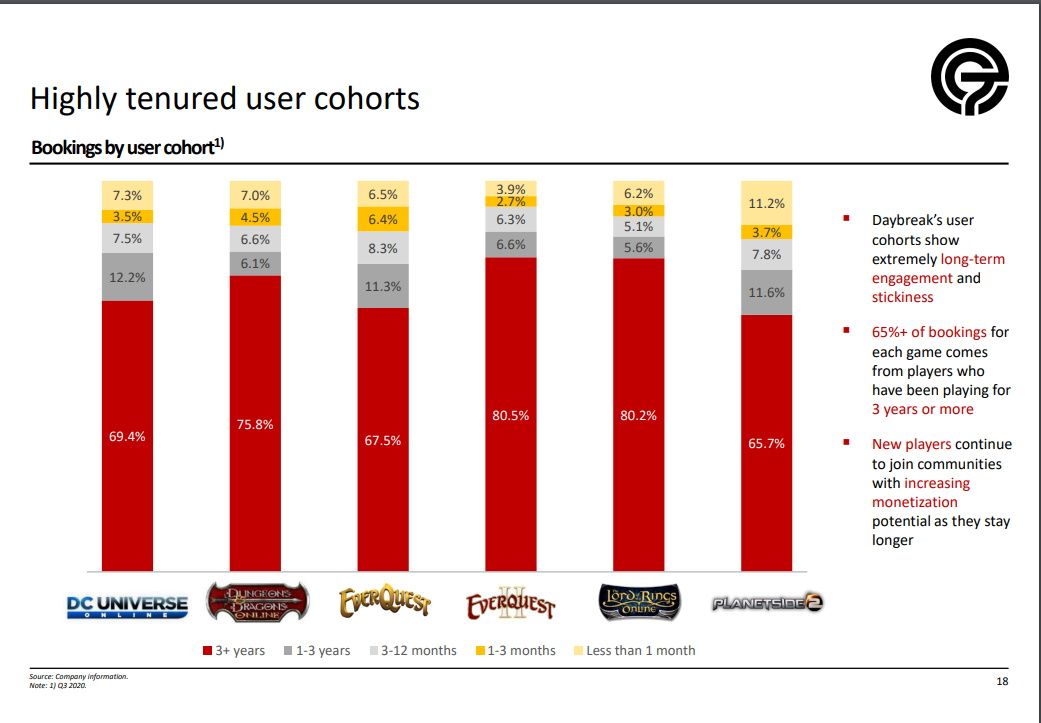 Looking ahead, one of the more interesting tidbits to come from this is a slide that infers that The Lord of the Rings Online could make its way to console. In a slide titled "Robust growth opportunities" it mentions a LotRO upgrade that will see the team planning for 2022 to implement "visual and technical updates for LOTRO for PC and nextgen consoles to capitalize on Amazon's highly publicized large investment (~$500mm) in LOTR TV series."

Whether this means that The Lord of theRings Online is actually, definitively coming to next gen consoles or not is unsure, but it does offer a glimpse into the company's future plans with the IP. Lord of the Rings Online players live in fear that the IP license won't be renewed and Middle-earth will crash down like Westernesse in the Second Age, but this points to a long-term vision for the IP within the studio.

The investor report has a ton of information to dive into and is well worth the look if you've ever wanted an "under the hood" dive, so to speak, of one of the more prominent MMO companies out there.