Earlier today, Microsoft's Xbox Series X and Xbox Series S launched, bringing next gen to the market officially. However, like most new hardware launches this year, they all seem to already have been sold out at major retailers.

The Xbox Series of consoles, both the X and the S hit digital shelves today, retailing for $499 and $299, respectively. The Xbox Series X touts itself as the "world's most powerful console," while the Series S is more a midrange refresh from even the Xbox One X, bringing 1440p with high framerates to the living room.

Xbox fans might be hardpressed to find anything first party to be really excited about, as while the Xbox team is touting the "largest[,] most diverse launch line up in Xbox History," there really aren't any new first party titles to speak of, especially as Halo: Infinite has been delayed till 2021. To be fair, this is a problem with both next gen launches, as Sony has only one exclusive game to the PS5, Demon Soul's, while Spider-Man: Miles Morales can be played cross gen.

However, games like Assassin's Creed Valhalla, Destiny 2: Beyond Light,  as well as Yakuza: Like a Dragon (which you can read our impressions here), are available for launch day users. 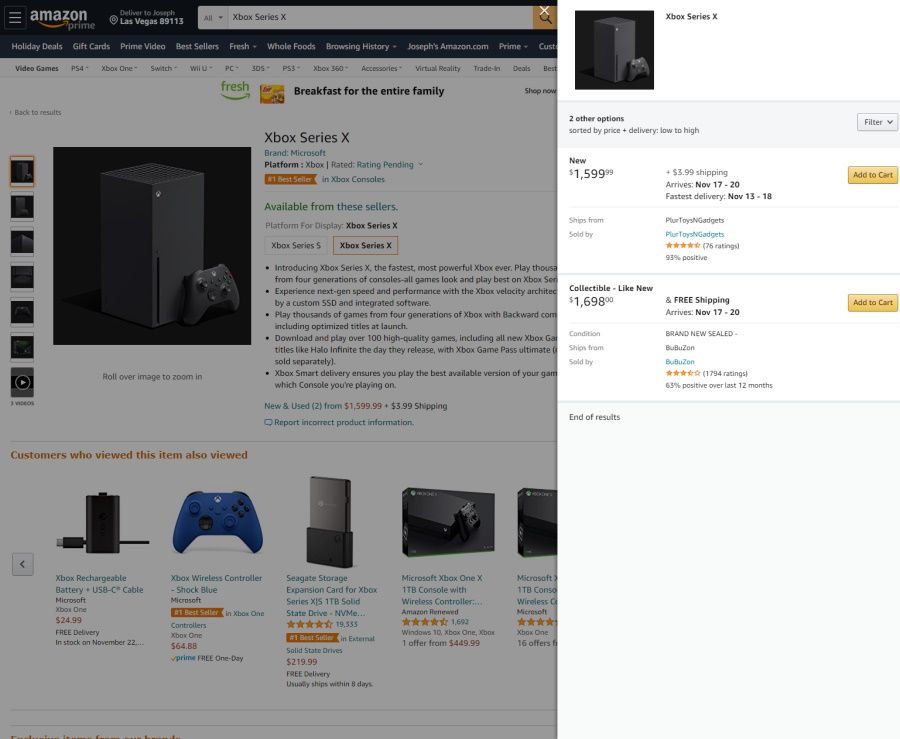 That is, of course, if you can get your hands on one today as all the major online retailers seem to be sold out already. A quick check of Best Buy, Amazon, Walmart, and GameStop are already sold out of both the Xbox Series X and Xbox Series S. Some people are scalping the Series X, with sellers on Amazon listing them for upwards of $1700.

Hopefully Microsoft (and resellers) can crack down on scalpers and ensure a steady supply of inventory to retailers to bring the console to everyone who is looking to buy one this fall.