Jandisoft held Mad World’s closed beta back in September, and the team is back with more previews, led by a look at what they changed after the closed beta ended.

In a new developer blog, the team lays out some of the major changes in the content since the  closed beta. Among these developments include a new dungeon. “Act 5 New Annihilation Dungeon [Mutation Attack Site] added” is the title we’re given, accompanied by two preview images. One of these seems to be the dungeon terrain, with what looks like a river, some sharp rocks, beaches, wrecked boats, and one boat that looks intact. 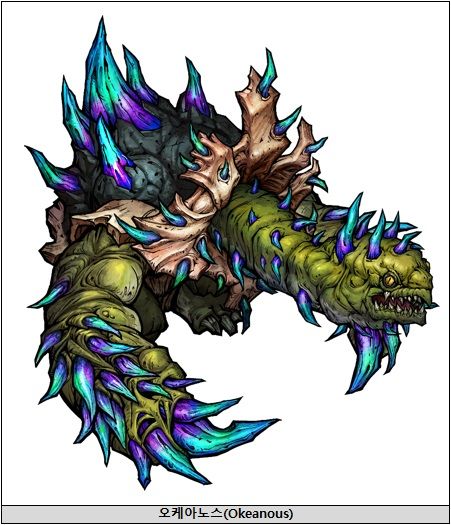 One image, presumably the dungeon boss, looks like a sort of mutated eel with lots of spikes all over it. The photo is captioned in Korean, along with the English name Okeanous, which is similar to the name of the Greek god of the sea, usually written as Okeanos. Okeanos is usually depicted as having a long, eel-like tail, being something like fish and serpent. Fitting inspiration for this dungeon boss.

In addition to this new dungeon, the team talks about lots of improvements based on feedback as well as testing data. Among the improvements to existing dungeons include change it to the boss AI, new monster placements, and adjustments to mechanics in some dungeons. They've also adjusted dungeons in other ways, including what they're calling a “gimmick factor” impacting the difficulty. Mad World has also gotten a series of new quests and improvements to quests in Acts 4 and 5.

In addition to the list of changes and improvements, there’s a new audiobook lore video, and just one other short clip, “Potato sugarcane farm”, which shows dazed looking people working. The lore video, Blocked off sand Gorge”, begins with narration of a weekly task, something referred to as “a murder contract that had been passed down for generations”.  What this is is to toss a human into the “storming sands” weekly. The clip, after telling of this generational task, ends with a new twist.