HiFiGo, a leading retailed for IEMs, headphones, and personal audio products, announced a new collaboration with Z Reviews this week. Together with LETSHUOER, the two have teamed up to revise the popular S12 we reviewed back in April. The new model changes both the look and sound of the earphones, promising to improve an already excellent listening experience.

When we reviewed the S12, we had this to say:

LETSHUOER has hit the nail on the head with the S12. If you enjoy a bit more bass rumble and detail in your music, these will probably be a better buy for you than the 7Hz Timeless. Sensitive listeners may find it a bit too bright, but I found it to be a well-balanced set for music, movies, and even gaming (with Dolby Atmos). At the current price, these earphones are a great value and a solid choice, especially if you’re curious what all the planar magnetic hype is about.

LETSHUOER and HiFiGo took that already great base IEM and allowed Zeos, the host of Z Reviews, to tune it to his personal taste, refining the sound signature.

Based on Zeos’s suggestion, the tuning of Z12 has been adjusted with a 2dB gain under the 50Hz frequencies improving the sub-bass response of the S12. Other frequencies are kept the same, but with enhanced sub-bass response the pair shows better body throughout the frequency range. S12 is known for its tight, punchy bass response with clear midrange and nicely-detailed treble response. The latest Z12 will retain all those characteristics and will have a better, punchier rumble in the sub-bass region.

The new model will also feature new aesthetics. The Z12 will retain the precision CNC aluminum-milled shells of the S12, but refine them with red on the right and blue on the left. Zeos’ logo will also appear on each shell. 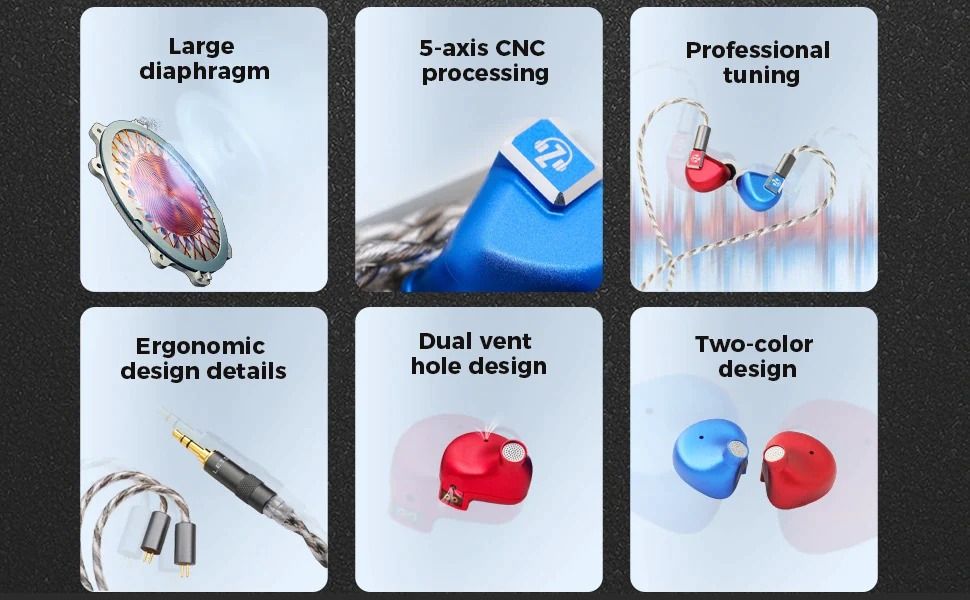 These new earphones will be limited in supply. Initially, only 500 will be available at a reduced pre-order price of $159, which will jump to $169 for normal sale. For another $10, buyers can receive a balanced cable to connect with higher powered equipment.

Find out more at the official blog and place your pre-order on the product page, which is live now.