For Guild Wars 2’s 10th anniversary, ArenaNet is sharing various stats to show just what the community has been up to for the past decade. They’ve also released some new anniversary rewards that also coincide with the game’s release this week on Steam. There’s a lot of celebrating going on, and much reflecting.

The stats come via an infographic titled “A Decade of Guild Wars by the Numbers”, and there are some notable ones. There have been over 1.3 million registered guilds in the game over the years since release on August 28th, 2012. Zhaitan, the Dragon of Death and Shadow, has been defeated over 1.8 million times. Mordremoth has been defeated over a million times There have been over 41 million clears of the Fractals of the Mists.

As far as gold? over 4.5 billion gold coins have entered the economy. Players have completed over 3.6 billion dynamic events too. And the most unlocked achievement in the game? Agent of Entropy, which has been unlocked over 176 million times. Helpful players are key to a lot of this success, and there have been over 1.8 billion revives given over the years.

The infographic is packed with info and runs all the way through each expansion, including all the way up through End of Dragons. Speaking of dragons, Elder Dragons have been defeated by players over 4.1 million times. Not so much the ANet devs though, as players have only defeated them in PvP on 44,794 occasions. 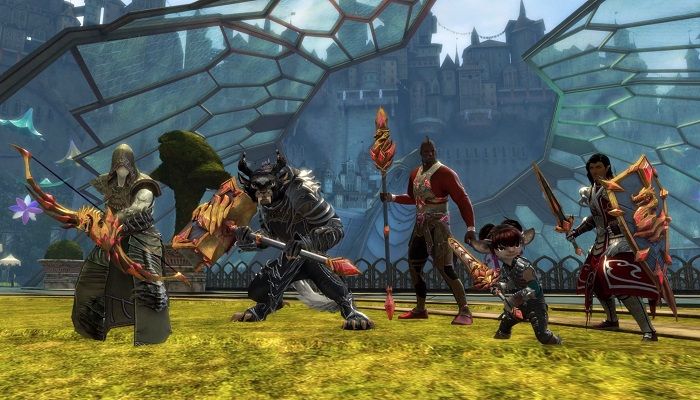 To mark the occasion, there are also new goodies to grab, including by way of a new series of achievements taking you through the first decade of Guild Wars 2. These achievements and the goods they unlock are permanent additions, meaning there’s no rush or deadline to complete them.

When you complete new tasks across the various modes, you will learn something called Proofs of Legend, which you can trade in for a Decade armor set. Also up for grabs with enough achievements are the Decade’s War cape skin, and a weapon from the Dragon Decade set. If you’ve played from 2012, you’ll get an extra Proof of Legend to start you off.

For more, head over to Guild Wars 2.