In a round up of data by Stream Elements, this year's top viewed game on Twitch goes to Grand Theft Auto V, with around 2.1 billion (yea, with a B) hours watched. Meanwhile, in the MMORPG space, New World saw itself claw into the top 20 as the top new IP this year.

The annual report by Stream Elements breaks down data from Rainmaker.gg and more to compile this list, which showcases the fluctuations and trends over the year in the streaming space from the top platforms. According to the report, both Twitch and Facebook grew over 45% in total hours watched year-over-year, seeing more than 24B and 17B hours watched in 2021, respectively. Meanwhile, YouTube released some of their numbers, with 800 Billion gaming-related video views in 2021.

As far as the actual stuff people were viewing during those billions of hours, Grand Theft Auto V takes the top spot among games, though it's only the second most viewed category on Twitch this year, with the "Just Chatting" category taking top billing. 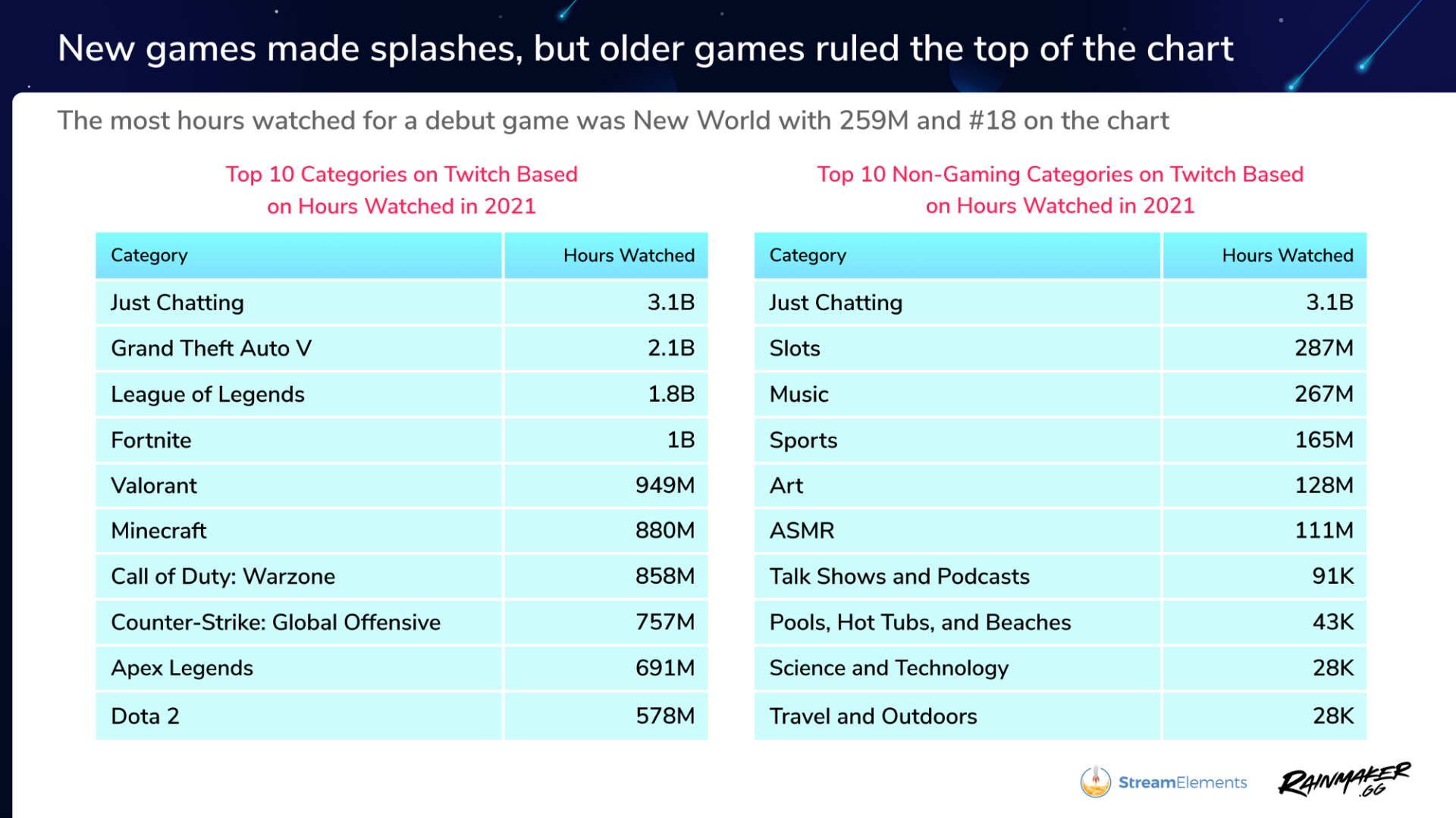 Other games in the top ten include heavy hitters on PC such as League of Legends, Valorant, as well as cross platform titles like Fortnite, Call of Duty: Warzone and more.

In the MMORPG space, Amazon's New World is also mentioned, sitting at #18 on the list, though it has the distinction of being the "most viewed new IP" this year with 259 million hours watched on Twitch.

The report also looks at the top streaming performers on the platform, with xQcOW taking the top spot yet again with over 261 million hours watched. The report also notes that only two female streamers cracked the top ten, with Amouranth sitting at 33 overall and saddummy at #85 on the list.

In addition to dominating screentime on Twitch, GTA V also sits at the top of the Trovo charts. Stream Elements notes that the official launch of the platform was this year, and each quarter has improved during its over a year-long beta period, which started in July 2020. The top ten on Trovo look similar to Twitch, though Mobile games do start to crack the list, such as PUBG Mobile and Free Fire.