Final Fantasy 14's upcoming Endwalker expansion got a full trailer tonight to kick off FFXIV's Digital FanFestival. The team also dove into the content of the upcoming expansion in the Keynote, touching on the second of the new jobs coming to the expansion: the Reaper.

The Reaper won't require another class to level into FFXIV's Reaper, rather you'll need to have the Endwalker expanion with at least one level 70 job (as the reaper starts at 70). 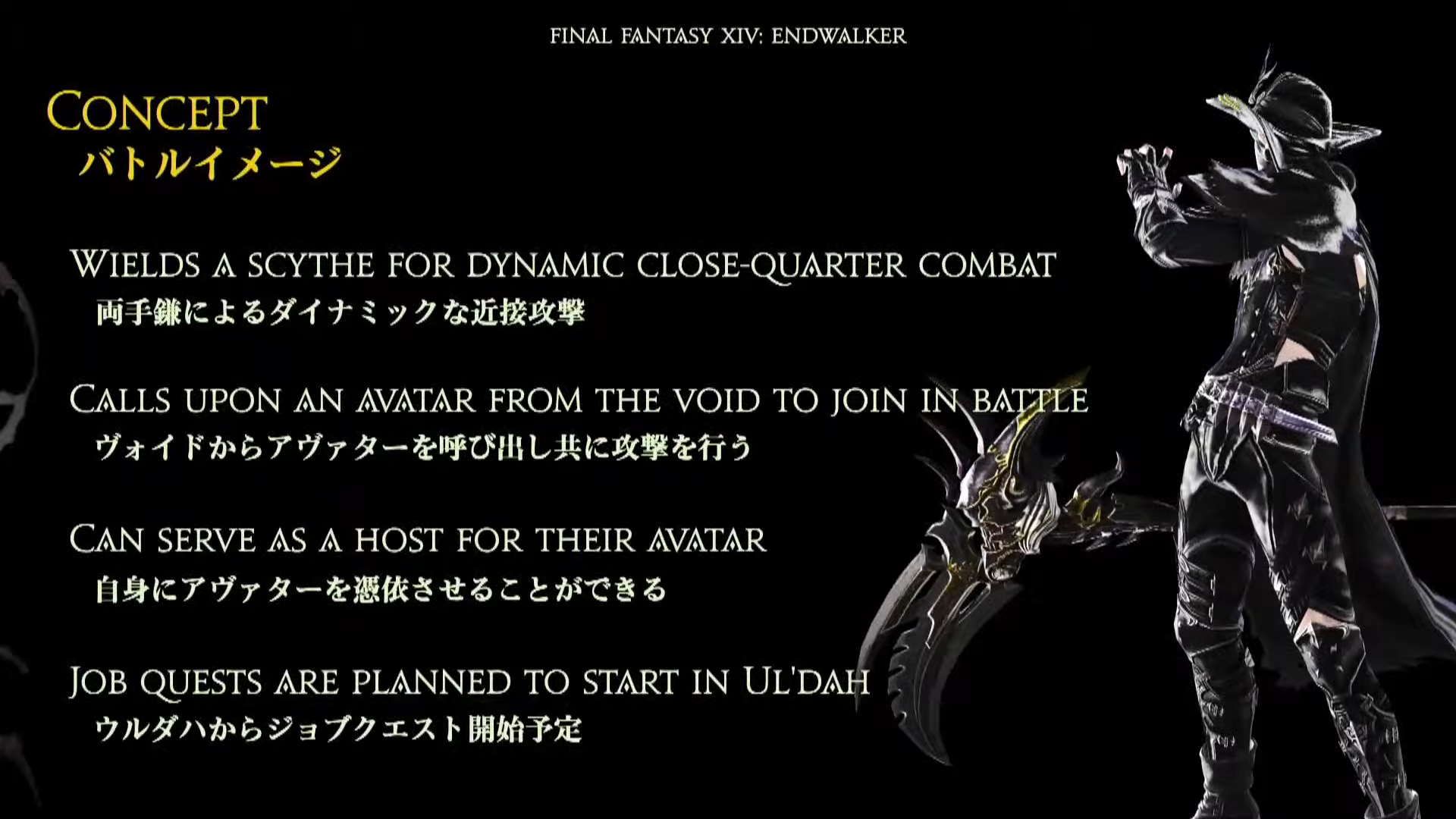 Producer Naoki Yoshida states that the Reaper class came from a desire to create something unique, and something not seen by players in FFXIV in this job before.

In addition, the Square Enix team kicked off the keynote with with the full extended trailer of Endwalker, giving a broader glimpse at some story beats leading into the upcoming expansion. You can check out the full trailer below. Be aware - heavy spoilers in the trailer!

The team then announced a new player hub city in Endwalker, Old Sharlayan. The dock city has a majestic look, with towering statues in the harbor pouring water back into the sea. Old Sharlayan, according to Yoshi-P will function as a hub city much like the Crystarium does in Shadowbringers. The city is tabbed as a city of knowledge and scholars, though it doesn't like to "play nice with the rest of the world." 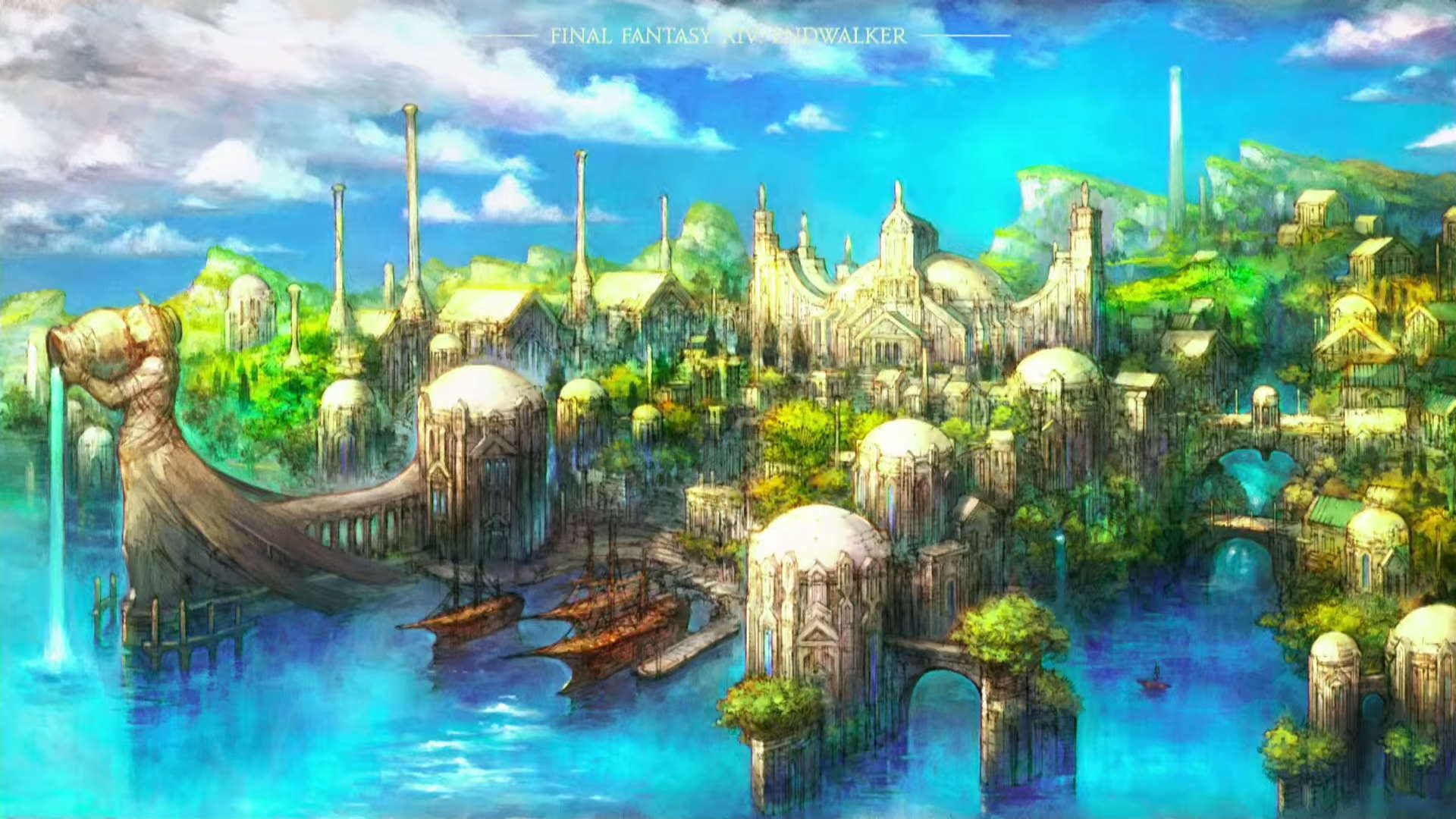 The main theme (which permeates throughout the Endwalker trailer) was touched on a bit, with Michael Christopher "Koji" Fox stating that the lyrics for the theme were written within 3 days! 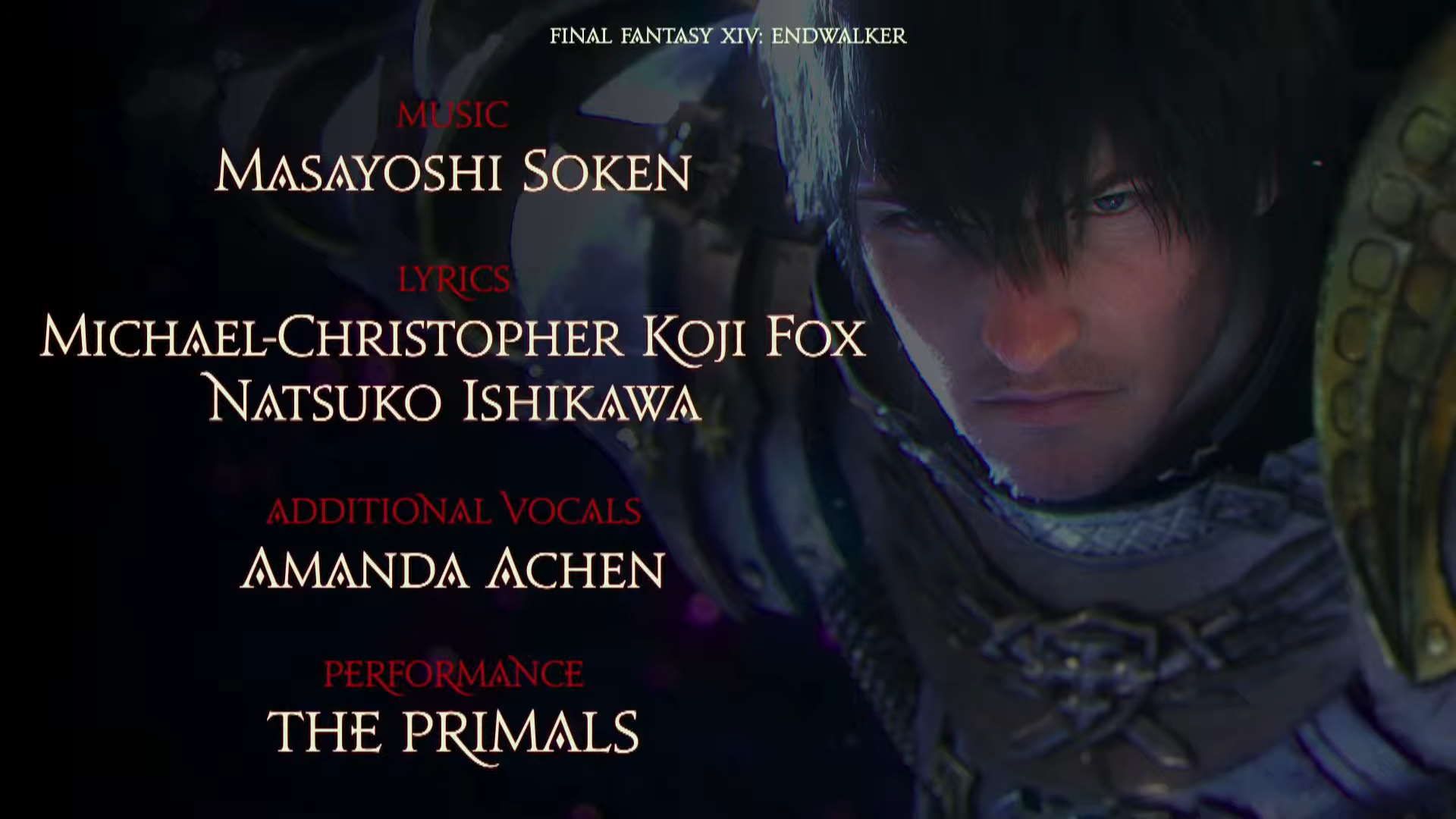 Endlwalker will also feature massive new areas, like every expansion before it, with the team showing off Labyrinthos, an underground area which features a dome and an artificial sun. 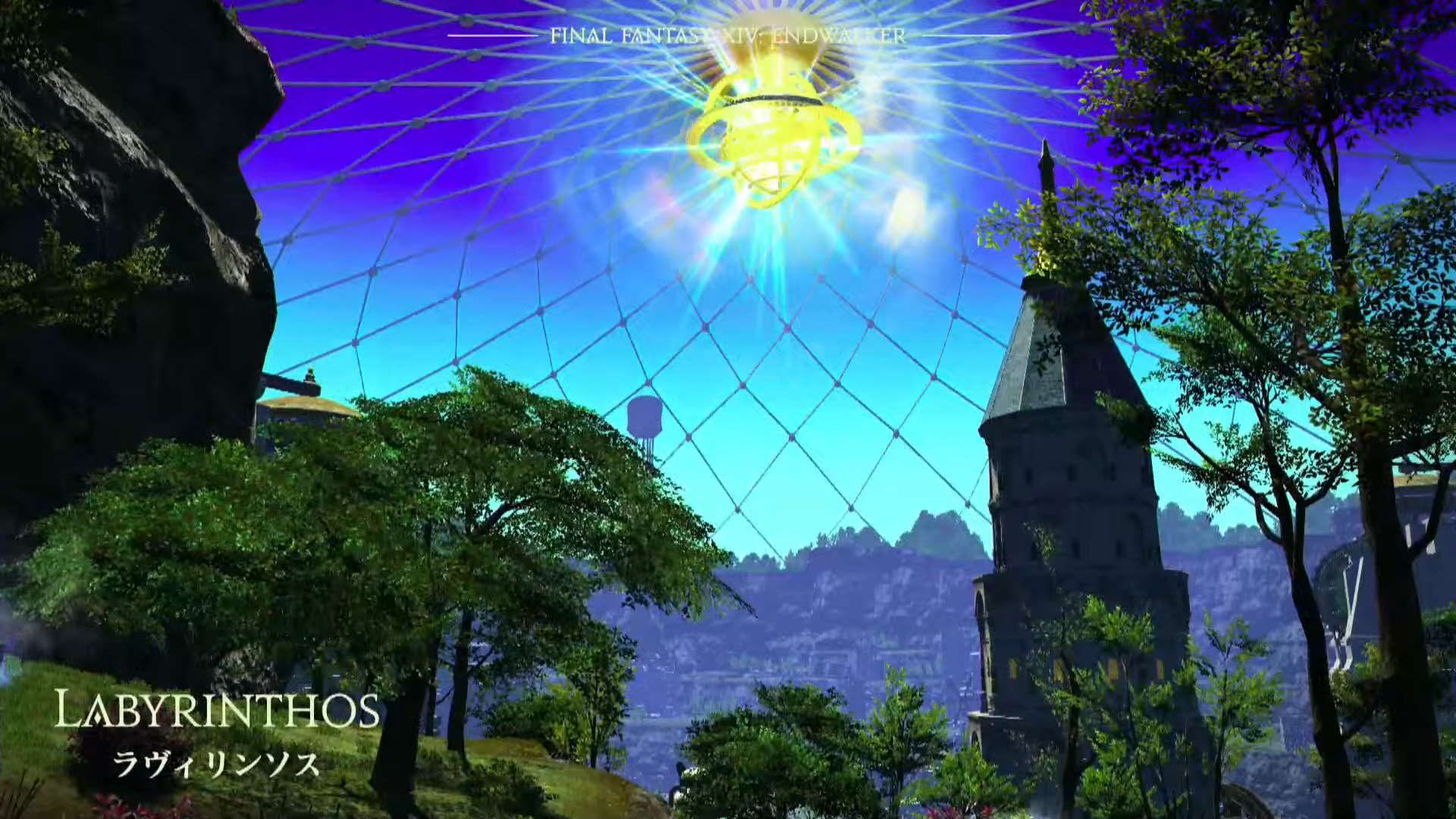 FFXIV's keynote also showed off he regions of Thavnair and Radz-At-Han, both showcasing the breadth of color and interesting architecture not seen in FFXIV before. 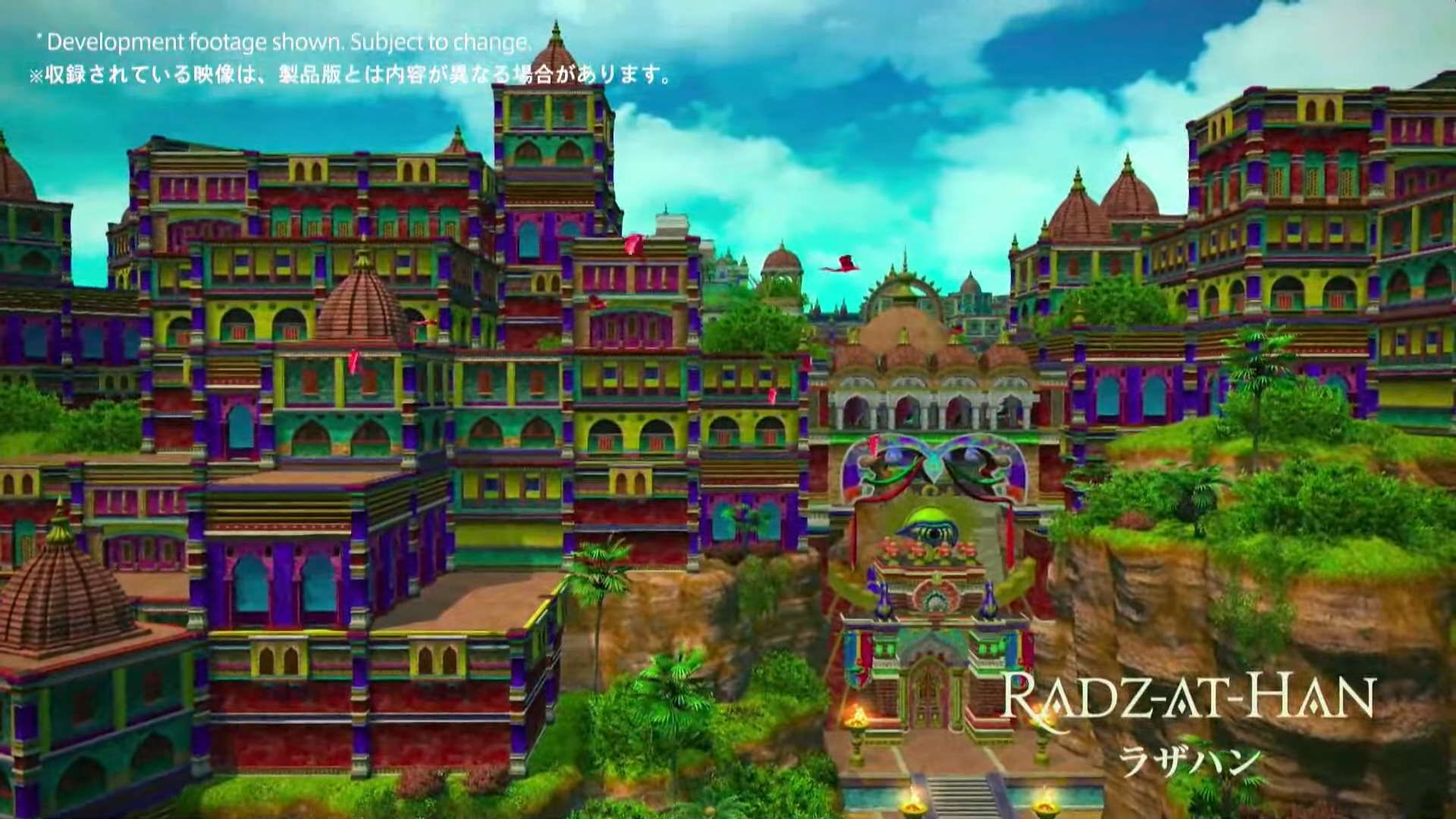 The team also touched on Mare Lamentorum, or the area players will explore on the Moon. Apparently there is air and gravity on the moon, something the expansion will apaprently explain. Moon housing anyone?

Get a look at some of the new large-scale areas debuting in #Endwalker! ????? Walkthrough Videos?? Labyrinthos?? https://t.co/ZztX4lcPhY?? Thavnair ?? https://t.co/DQFQhcfwCW#FFXIVFanFest pic.twitter.com/gnk1XAdKzu 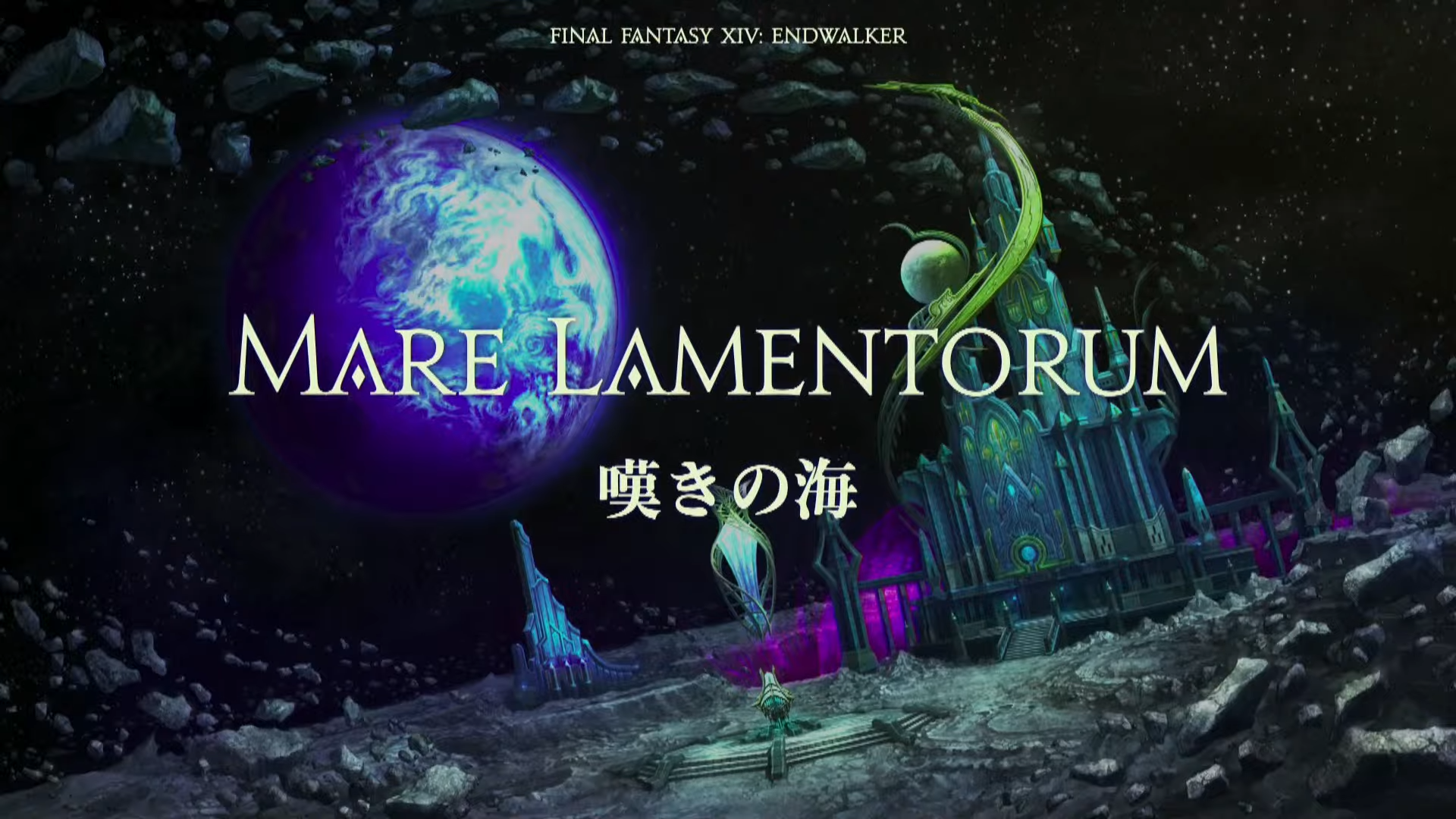 FFXIV will be getting the Magus Sisters, making an appearance from FFIV, though Yoshi-P stresses they will be much different than we saw in the first game. The team also showed off the Loporrits, playing a "very important role in the store." These characters will be found in Mare Lamentorum, on the Moon. 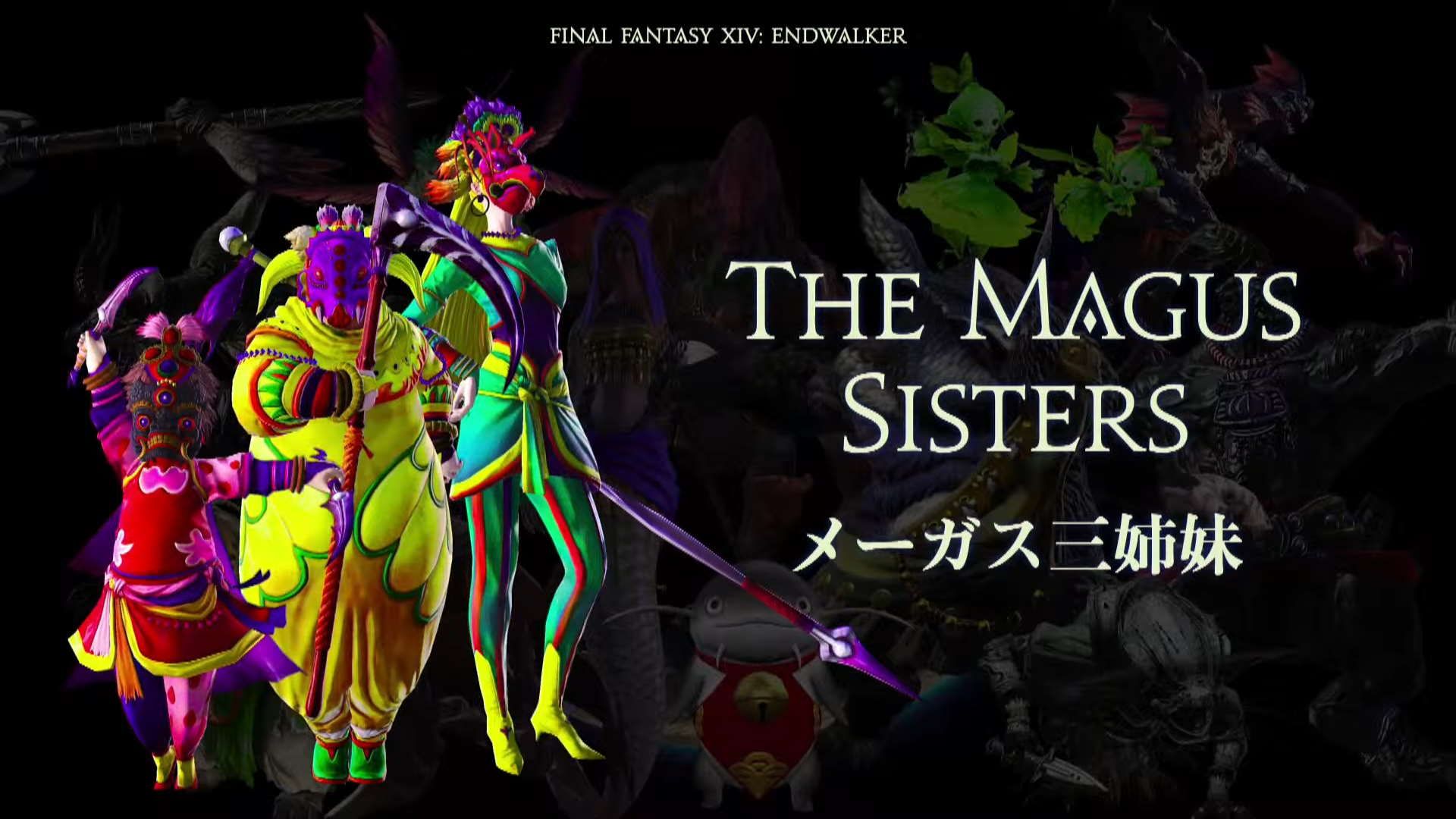 The upcoming Alliance raid in the 6x content will explore the Twelve, the Ezorean pantheon in Myths of the Realm. This is an all-original story with no cross over, the team stresses. 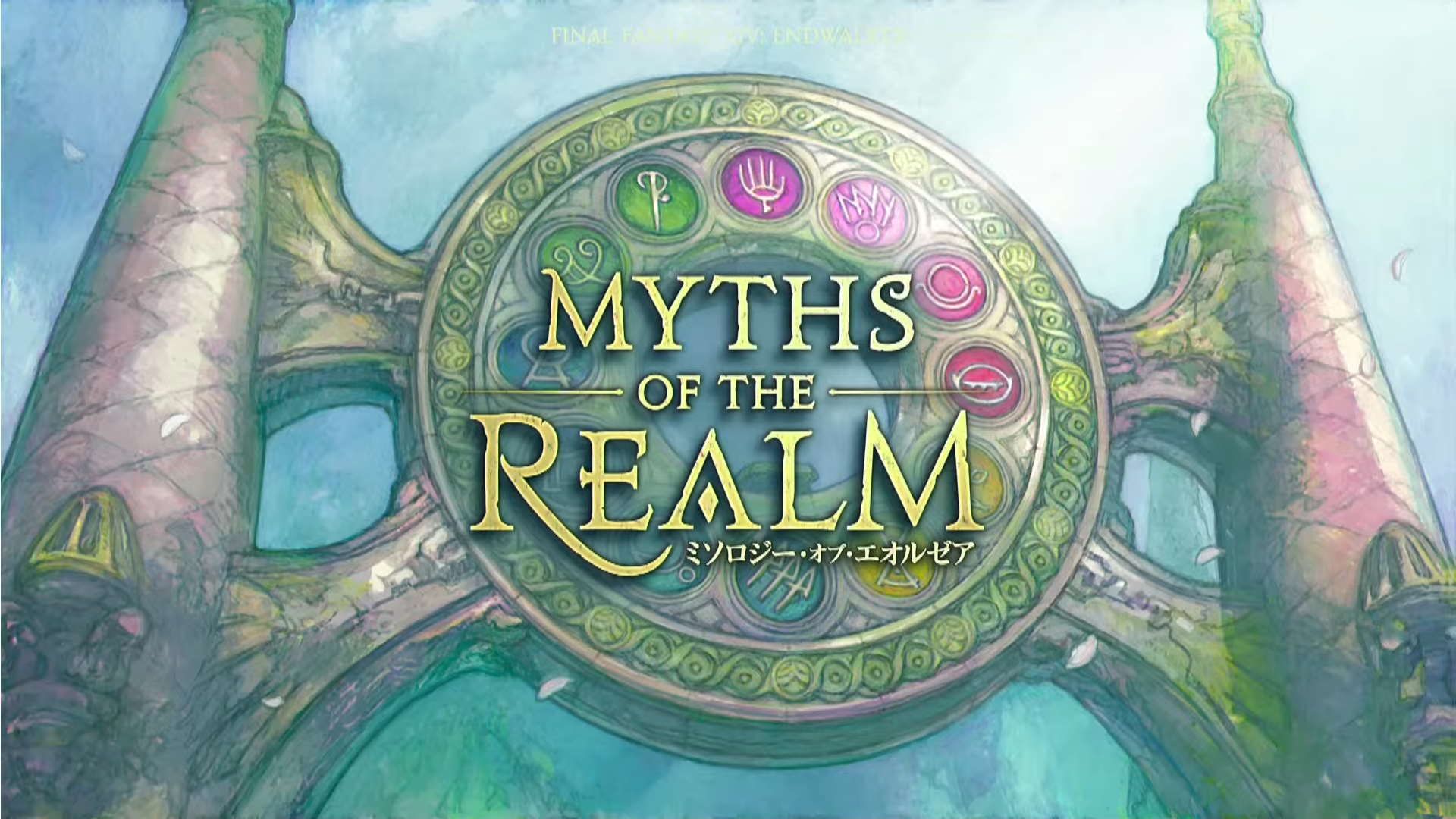 Final Fantasy 14 also gave a very brief walkthrough of the various dungeons you'll experience in the Endwalker storyline, complete with a trailer to go with it.

Check out some of the new dungeons you'll battle through in #Endwalker!?? https://t.co/DtvuGR9zsP pic.twitter.com/Nc4p4ezLUy 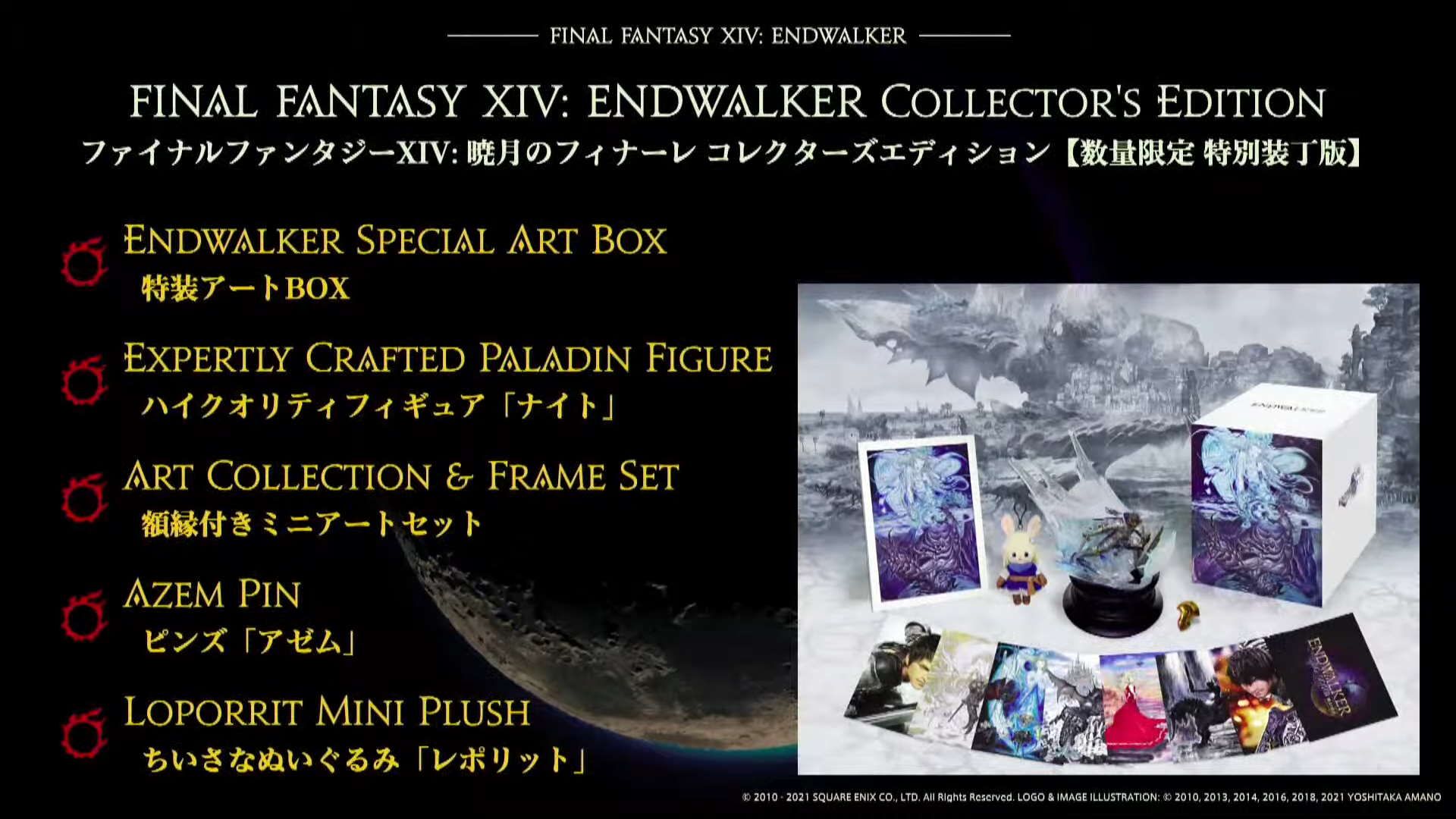 In addition to the physical items in the Limited Edition Collector's Edition of Endwalker, you'll also get some digital ones, including the majestic mount, Arion. Also included will be a wind-up Porom Minion and a Death Scythe. 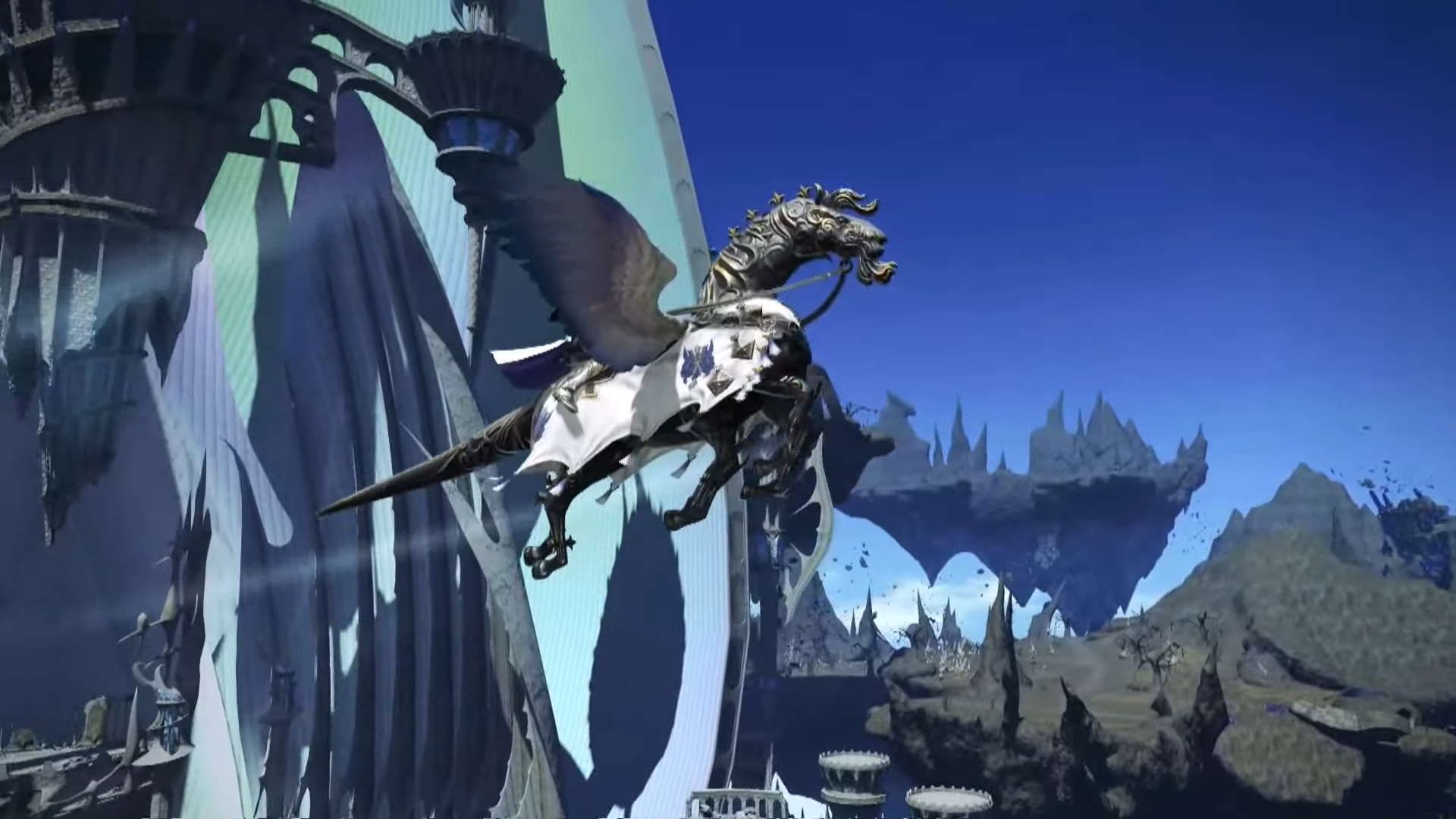 PSA - Starting with Endwalker, there will be no more physical discs on PC. According to Yoshi-P, 85% of their Shadowbringers customers bought the expansion digitally, so with Endwalker they are doing away with discs altogether.

Pre-order players will also receive some special items, such as the Porom minion, an earring and access to Early Access of Endwalker, which is coming on November 19th. 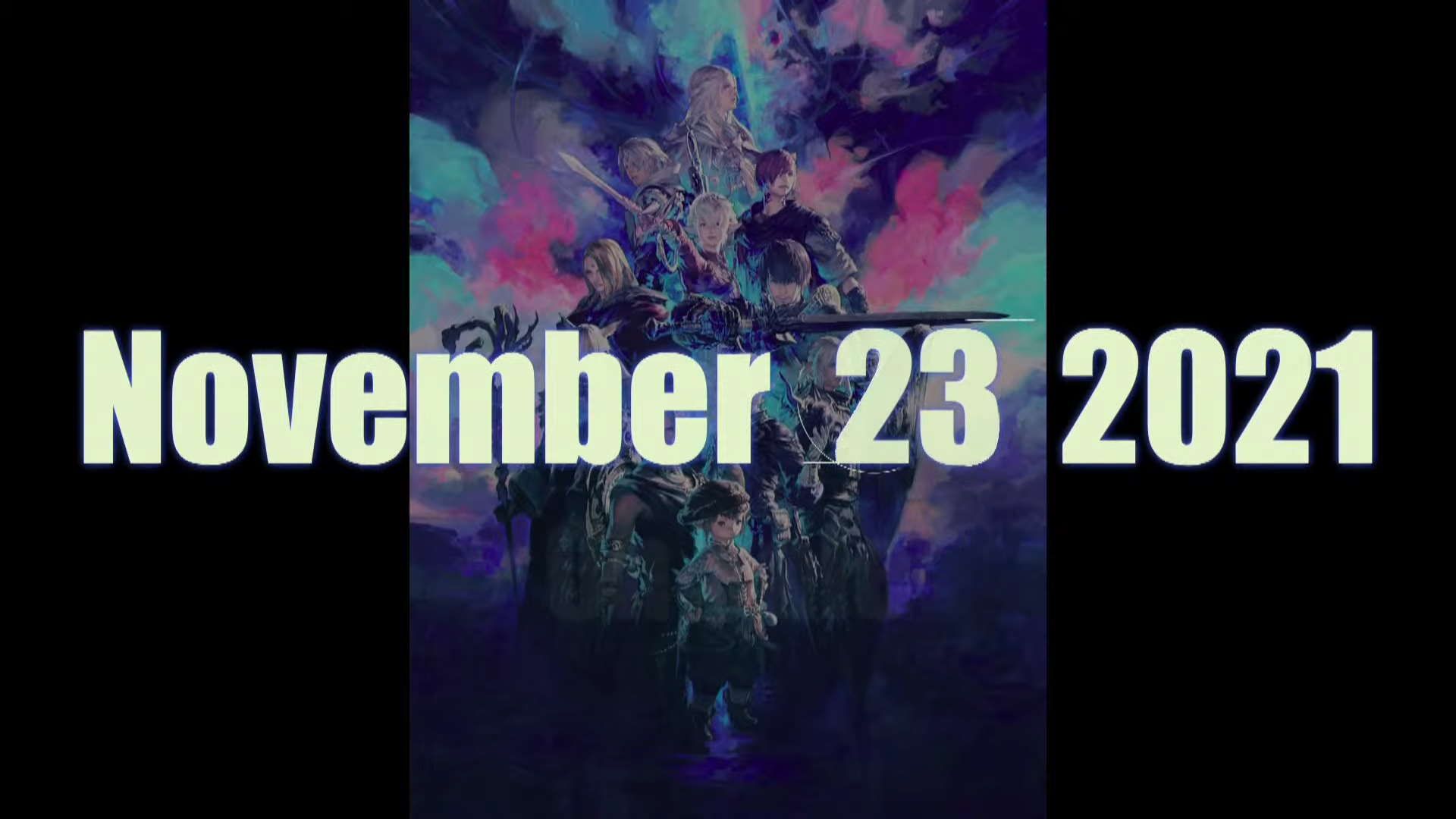 Final Fantasy XIV: Endwalker will release on November 23rd of this year.

Male version of the Viera is also coming to FFXIV, listening to player feedback, with the team planning on adding female Hrothgar at a later time. Oceania players of Final Fantasy XIV can start to look ahead as well, as the team is opening a new Oceania server to best service their players in the region.

We'll be updating this article with more information as the keynote progresses.