Final Fantasy 14 has seen an influx of new players the last few weeks, and in so doing have caused Square Enix to pull back the amount of digital codes available on the official website.

In recent weeks FFXIV has been riding a surge in popularity, as streamers flock to the MMO and players start their adventures leading into this fall's Endwalker expansion. In doing so it has pushed the MMO to a new height in popularity among gamers, to the point where Redditors have pointed out (via PCGamesN) that even Square Enix has seen its digital stock of the game run out.

Digital copies aren't supposed to run out - that is one of the nice advantages to the digital age of gaming we find ourselves in, however players noticed on the Square Enix store that there is a waiting list for a digital version of the MMO on the PC and PlayStation 4 versions for the Complete Edition (which includes the base game as well as all the expansions thus far). However, it still looks like you can buy the MMO on Steam.

One of the reasons for this limitation could be to slow the amount of accounts shuffling into the game worlds. Redditors have pointed out that there is no room for new Sprouts (as new players are called in Final Fantasy 14) on the North American servers. 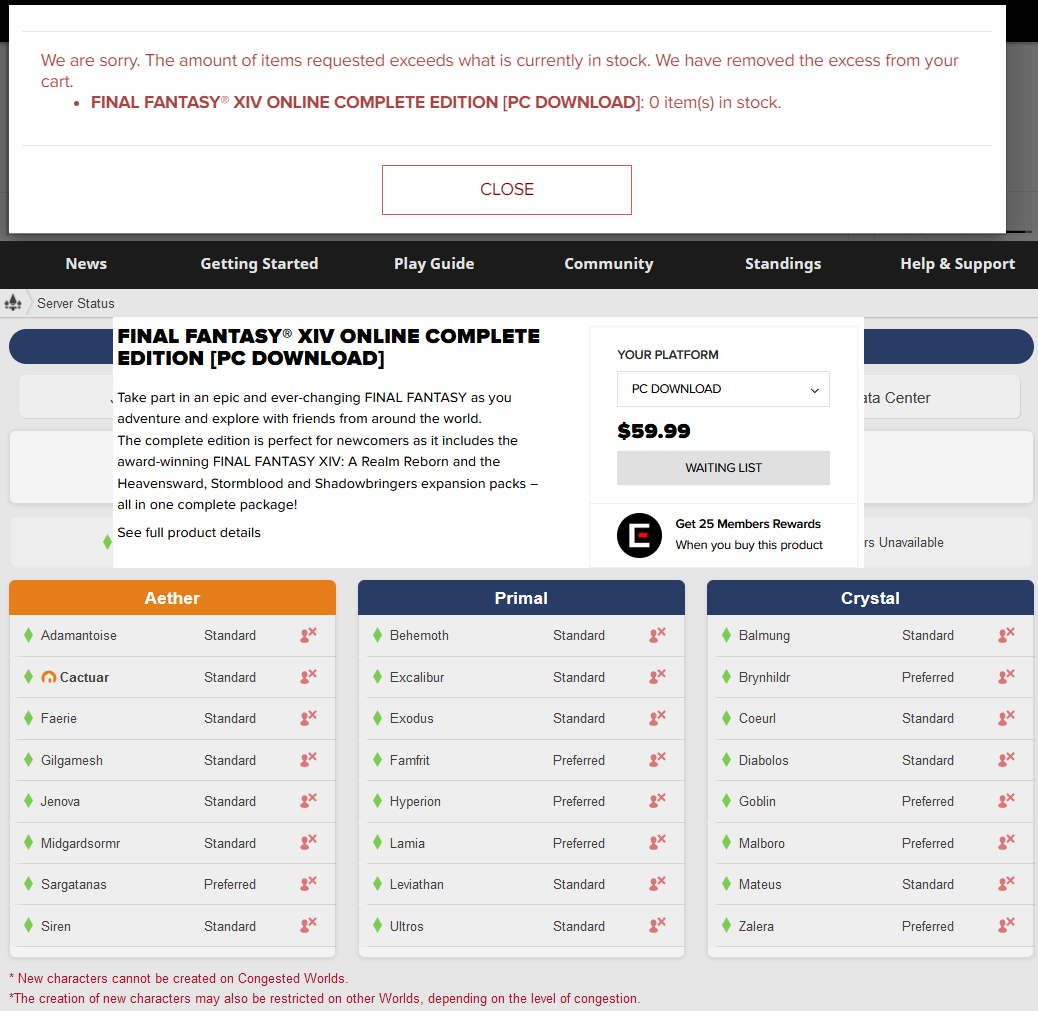 As of this morning the official Square Enix store still has the Complete Edition on a waiting list, which means if you're eager to potentially hop in Steam is the way to go - though the population on each server might prevent you from creating your new Sprout right away.

Final Fantasy 14 is riding this wave in popularity partly due to high-profile World of Warcraft players leaving the latter for the former, including Asmongold, one of the most popular Warcraft streamers on Twitch. Recently his stream garnered hundreds of thousands of viewers, though he did have to slog through people stream sniping him during his debut stream.

It'll be interesting to see if Square Enix can continue to ride this wave of popularity, as well as how long it'll hold. As Final Fantasy 14 gears up for the Endwalker expansion coming this November, there is plenty of time for the new Sprouts to jump in and learn the ropes of the popular MMO ahead of the new storyline. If you want to see how well your PC will handle Endwalker ahead of its launch, you can also check out the benchmark tool which dropped a trailer recently.