Healers in Final Fantasy 14 only have a little bit longer to wait before being able to spread their wings. During the FFXIV announcement showcase, director Naoki Yoshida revealed a new healer: an original job called Sage, the first of two classes to arrive with the new 6.0 expansion, titled Endwalker. With this announcement, Yoshida (and his translator) also discussed upcoming, broad changes to the healer role.

The Sage role will be what is called a “barrier healer,” which, like FF14’s Scholar, focuses on barriers and protective measures, as well as buffs. The character manipulates the sharp aether-channeling weapons, called “Nouliths” (pronounced “NEW-liths”), with their aether. The weapons are deployed to assist other players, as well as attack enemies and create buffs for the player’s own magical capacities.

Sage’s new trailer shows some pretty nifty combat style, with the four blades dashing about the battlefield. The blades, of course, will change visually per weapon swap (and glamour, of course), so combat is sure to be flashy.

If you’re interested in trying out Sage, it’ll have similar barriers to other expansions’ job quests. Its job quest begins at level 70 in Limsa Lominsa, and only requires another level 70 job completed, as well as purchase of the Endwalker expansion. 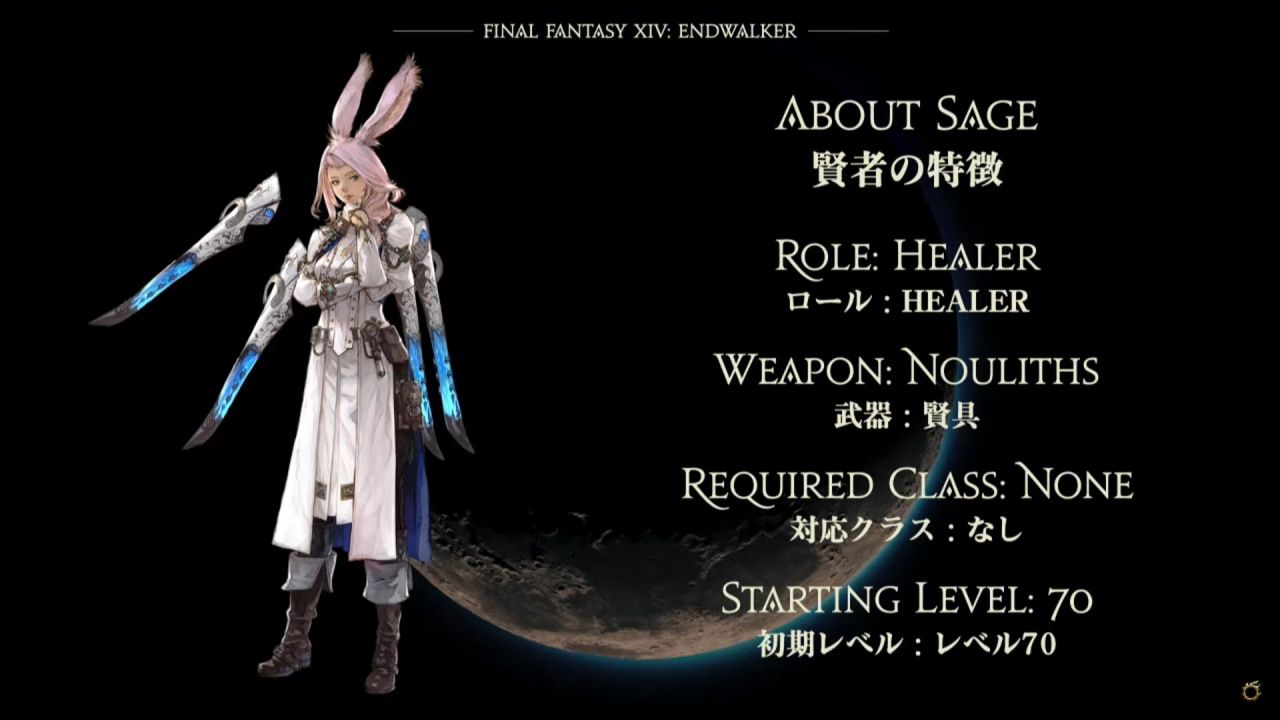 The developers also touched upon wider healer changes that will come given how Sage fits among the others. Yoshida does mention that Sage is a “barrier” healer, versus the White Mage’s “pure healing” role without barriers.

It sounds as if FFXIV will see some more changes to how healers are approached. There was a change mentioned to the Astrologian role, which will move closer to the “pure healing” role, as opposed to Scholar, which will remain focused on barriers. It’s mentioned that changes will also be reflected in the MMO’s Party Finder, along with the official division of ranged DPS types into “magic” and “physical” ranged. However, we don’t know precisely how this change will affect healers.

In the context of the wider Final Fantasy franchise, what’s especially neat about Sage that this is an entirely exclusive new job. Its creation makes sense in the FFXIV world, though, as aether research fascinates scientists even across universes. We also already have aether-imbued weapons, such as the Gunbreakers’ ammo — which, as players may remember through Thancred’s time with Ryne, requires someone to painstakingly imbue their aether before each use. 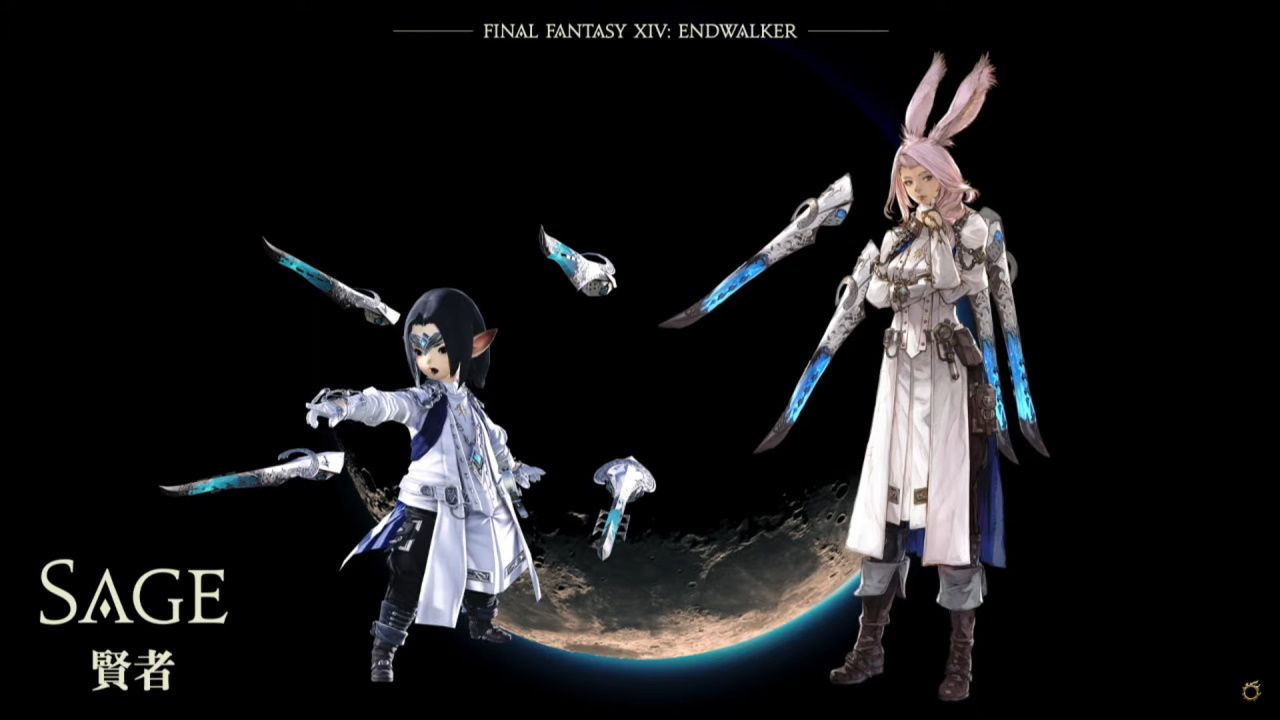 Speaking of lore, Sage combat was first shown off through the NPC Alphinaud in the expansion’s newest trailer, as he assisted his twin Alisae and helped overcome fearsome beasts. We didn’t see this new job sooner than later during the post-Shadowbringers expansions, as this is how most classes have been introduced in the past. But the developers assure us that we’ll see Alphinaud take it up during Endwalker’s primary story.

The FFXIV in-game world has also been pretty quiet about the development of this technology, and the developers remained tight-lipped about a healer being revealed at all. So are you excited about it? Are you going to give it a try? Share with us!