One of the major trade hubs - if not the most popular one - has finished its rennovations, unveiling a new look for Jita 4-4 in EVE Online.

As someone who has Jita's Caldari Navy Assembly Plant, exiting the station and seeing Jita without all of the scaffolding and more was quite the sight. The new station looks sleek, the billboards, now unobstructed, bombarding capsuleers with advertisements from around New Eden. Some capsuleers are getting a closer look, seeing some of the Easter Eggs that CCP's art team has included in the new station. 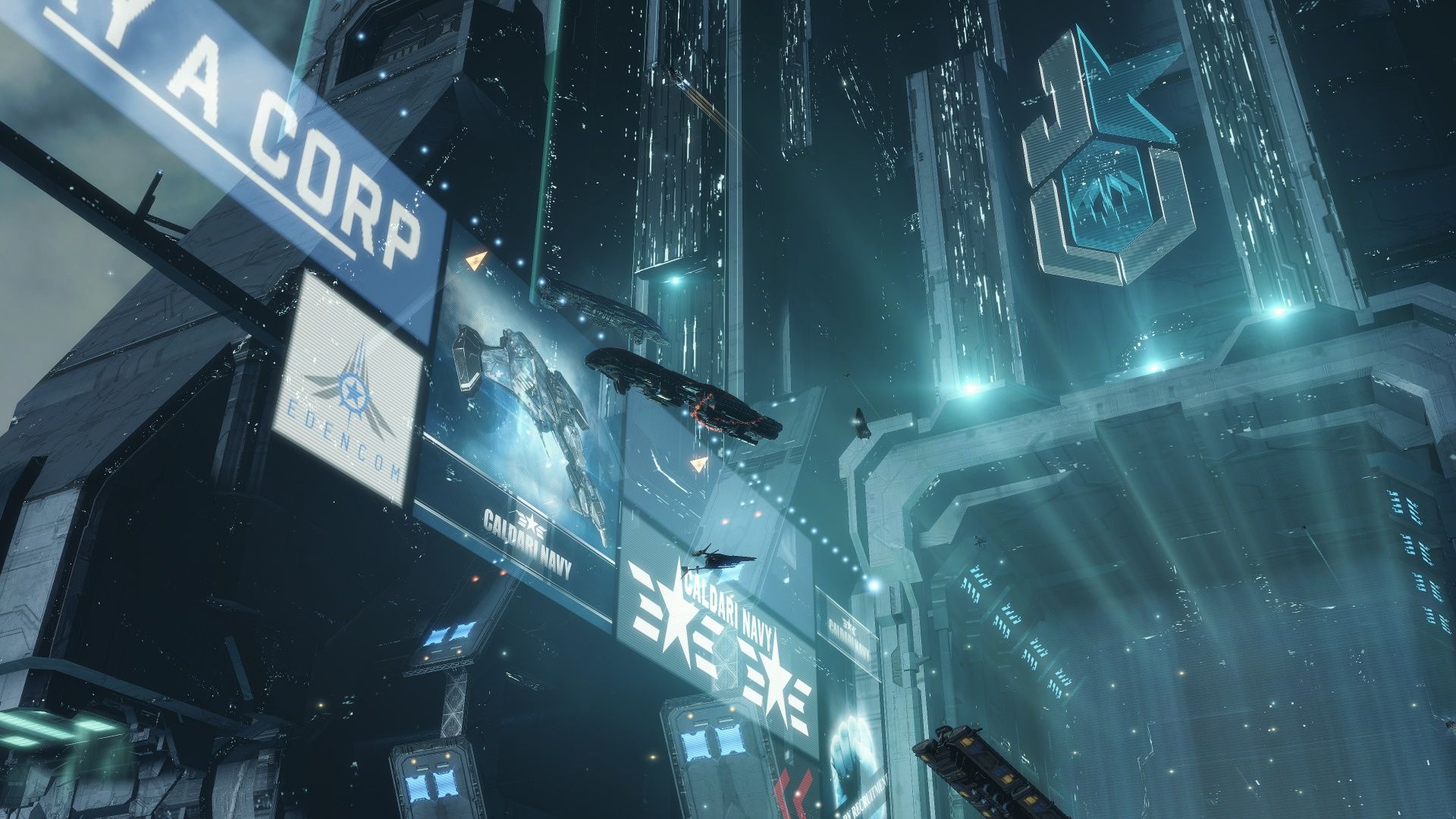 One capsuleer, Uriel Anteovnuecci, highlighted the EVE Monument - a replica of the one standing in Reykjavik, paying homage to capsuleers of the past that help establish EVE in the MMO world.

The renovated Jita 4-4 includes New Eden's sibling to the EVE Monument in Reykjavik, illuminated by a projection of a quote that traces its origins to EVE Online's earliest days. Amazing work by everyone who brought this fantastic, sprawling megastructure to life~ #tweetfleet pic.twitter.com/mWGGkpkmSj

The new facelift of Jita's trade hub comes with a new event, aptly called "Trading Spaces." The new update in EVE Online rewards players with new daily log-in events and parades across Highsec space. The rewards themselves could give capsuleers new skins and apparel, as well as Jita Celebration Fireworks in their packs.

CCP themselves is set on celebrating the launch as well, highlighting Jita on CCPTV today on Twitch. You can check out some shots of EVE Online's popular trade hub on Twitch, as well as catch an Art Stream that dives into the creation of the new look for Jita 4-4.