NFTs. You might have heard of them. These Non-Fungible Tokens are taking over the gaming industry, and CCP Games is getting into the action this weekend as it kicks off the return of the Alliance Tournament XVII.

In a week that has seen EA herald NFT's as the future of the industry, as well as comapnies such  as Ubisoft stating recently they are planning to develop games to allow players to earn NFTs, it's not shocking to see companies dip their toes into the market. However, I'm not sure people saw this one coming.

During this weekend's EVE Online Alliance Tournamnet XVII, which will be livestreamed on Twitch, CCP Games announced that kills during the tournament will be minted as NFTs. This means that the killmail, which is sent to players whenever a kill happens in EVE Online, will be immortalized as an NFT for the player who got the final blow. The NFT itself will be part of the Tezos blockchain, which the creators of the blockchain tout as an energy-efficient alorithm. When the killmail is created, the image itself will be minted as an NFT and given to the player who earned it to do "as they see fit.."

"In addition to the prizes Alliance Tournament competitors can win, those participants who score a final blow on an enemy ship will get an additional prize. Each death that occurs during the tournament will be minted into an NFT (non-fungible token) of the killmail to be memorialized on the Tezos blockchain. The killer will be the listed owner of this NFT and what they want to do with the NFT is entirely up to them; sell and trade these limited edition images, or hoard them as trophies as they see fit." 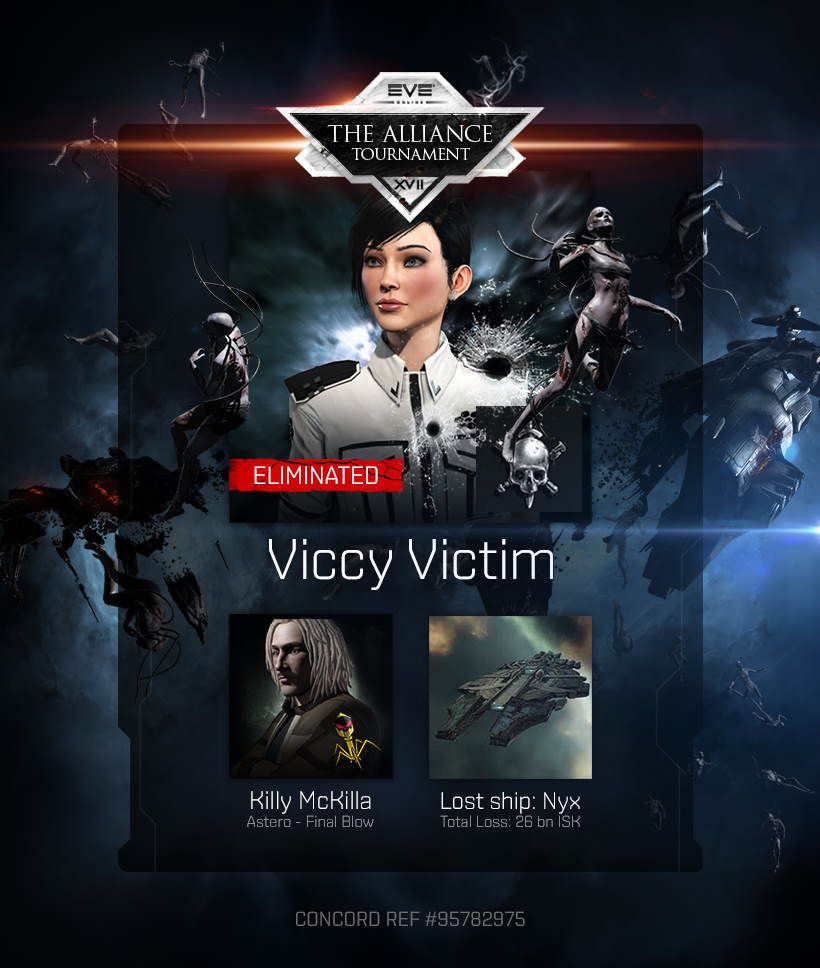 The community has expressed some concern around the inclusion of NFTs in EVE Online, with some on Reddit expressing displeasure at the move. On Twitter some of the concern has been around Steam's policy on NFTs and how CCP Games is able to offer these as a prize and not lose the game's listing on the platform. CCP does earn a 10% "IP Royalty" as well should the NFT holder decide to sell the token.

"We are keenly aware of the environmental impact of cryptocurrencies, and for this reason, we opted to partner with Tezos for this project. Tezos’s Proof of Stake, the mechanism by which blockchain transactions are validated, is an extremely energy-efficient approach that uses two million times less energy than similar Proof of Work networks.

In regards to the power consumption of the AT NFTs, with an estimated power draw of only 200mWh per token and a maximum of 4000 NFTs being minted, the total consumption of the entire production process will equal less than it takes to run a mid-tier gaming PC for 3 hours – less than a single viewer watching only a tenth of the Alliance Tournament would be using."