EVE Online feels poised to have a good 2023 as it celebrates its twentieth birthday this year, and with its content roadmap revealed this morning, the company is being plenty ambitious. Two expansions will release, according to CCP Games, as well as some much-needed quality-of-life changes, heralding EVE into its third decade.

Building off the momentum from last year's Uprising expansion, the team at CCP Games is aiming to bring even more content this year to support the new Factional Warfare changes. One of the major additions coming this year is the Direct Enlistment feature, which lets players join faction militias without needing to leave their current corporation or alliance to do so, which is required right now. CCP Games also states that more changes to the Factional Warfare system will be coming this year as well. 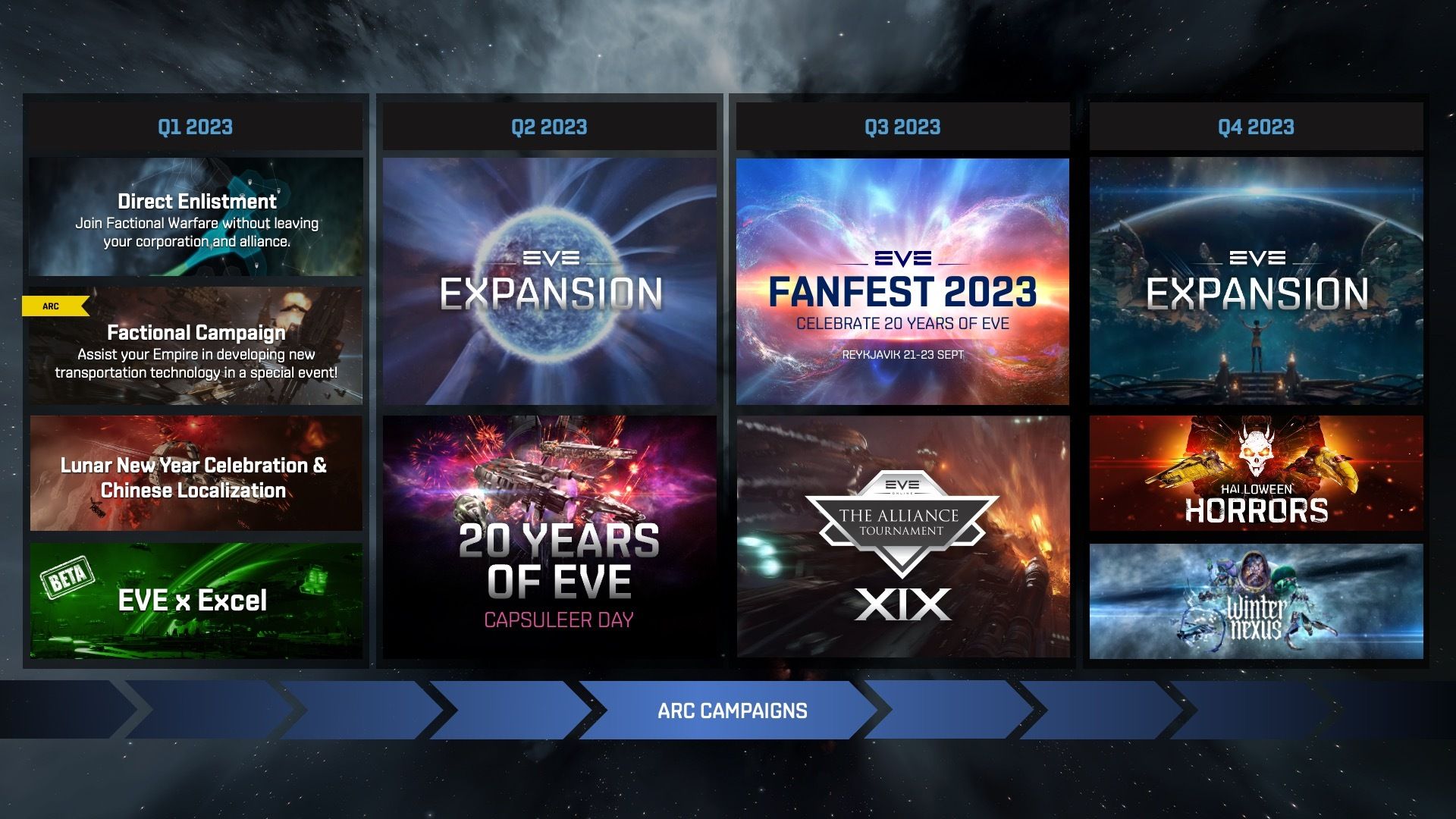 Microsoft's Excel integration, fully embracing the joke that EVE Online is simply Spreadsheets in Space, is officially releasing in Q1 2023 as well. Announced back during EVE Fanfest 2022, the integration will natively allow Omega subscribers to pull data from EVE Online's API directly into Excel to analyze.

However, the most ambitious details announced were two expansions coming in 2023. CCP Games promises that these are "robust content expansions," building off the narrative and content from Uprising, though it remains to be seen just how broad in scope the two expansions will be. The first of them will be coming in Q2 2023, with the second launching in Q4.

You can check out the full details in the blog post. Additionally, CCP Games spoke at length about the updates in a new Twitch Stream, which we've embedded below.