EVE Online's EVE Anywhere is being expanded upon, as CCP Games brings its browser-based client to more territories. Additionally, the developers are hosting a bonus skill points weekend, giving capsuleers who log into the MMO free skill points throughout the weekend.

CCP Games previously launched EVE Anywhere, giving select new players, as well as Omega accounts the ability to play the sci-fi MMO from a browser window. Initially this was only available in the US, though today CCP Games have announced it's been expanded to include other territories as the Anywhere browser client moves to its next phase in its beta journey.

"EVE Anywhere, a cloud-based platform that allows a fully-featured EVE Online to be played in-browser, has moved into the next phase of beta testing and has expanded to include many new territories! More players in more countries now have access to EVE Anywhere, helping to expand the player community, removing barriers for newcomers, while simultaneously providing EVE veterans with an extremely convenient way to access the game."

The company provided an infographic showing where the EVE Anywhere experience is now available in Europe, including CCP's home country of Iceland, the United Kingdom, Denmark, Ireland, Germany and much more. 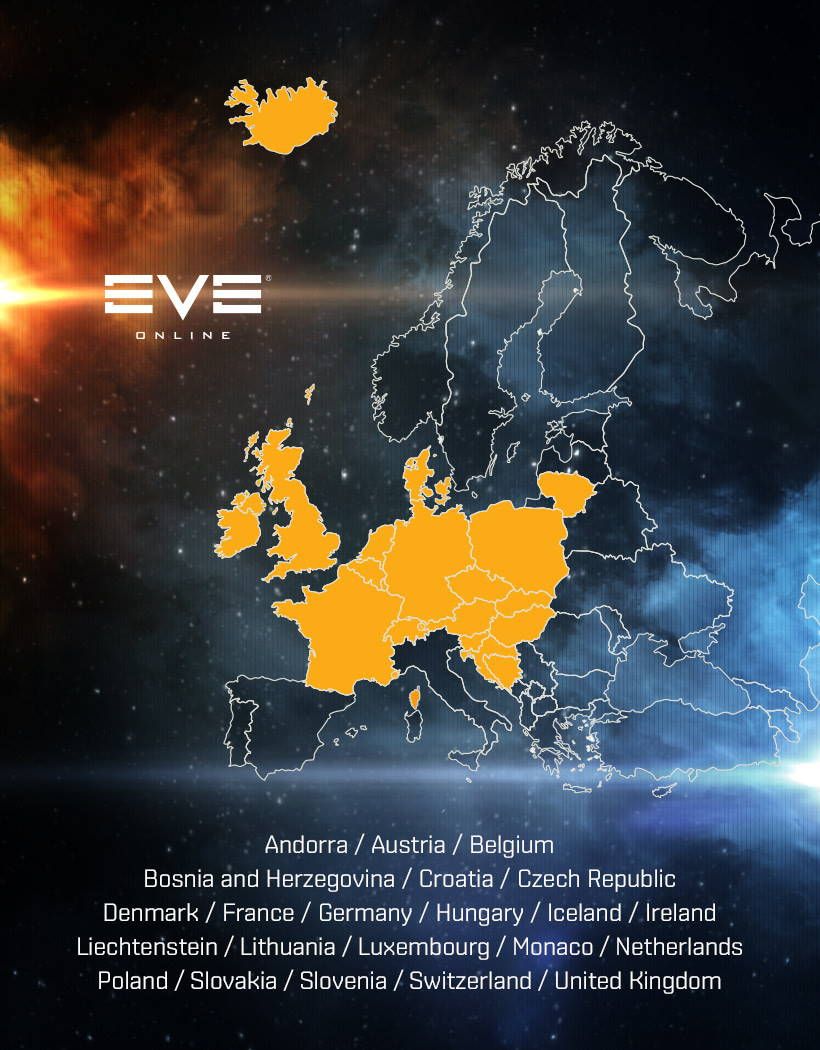 CCP states that since EVE Anywhere launched, over 50,000 sessions were streamed with over 30K user accounts in the US taking advantage of the browser version.

If you're planning on giving this a spin this weekend, you'll notice EVE is giving you the gift of free skill points, as CCP is hosting a bonus skill points weekend as well. For pilots who log in over the weekend, you have the chance to get up to 50K in skill points - which CCP states to equate to about 30 hours of in-game skill time. Since earning skills in EVE is done in real time, this could get you into that next ship or fit faster.