NetEase and CCP just unveiled the release date for EVE Echoes, the mobile spin-off based on the massive online hit EVE Online.

As part of a special presentation earlier today, Wei Su, Senior Producer at NetEase, confirmed that EVE Echoes is coming to iOS and Android in August 2020. DEVEloped as a joint project between China’s NetEase and EVE Online’s CCP Games, EVE Echoes brings the EVE experience to a whole new world of gamers who might have missed out on the desktop space race, and they won’t have long to wait either.

All The EVE all the Time

Over the course of an hour, three of EVE Echoes development team answered questions and provided fans in Twitch chat with a plethora of information about the upcoming sci-fi MMORPG. While anybody taking a quick glance at the trailer might think that EVE Echoes looks suspiciously like EVE, there are certainly some differences. Fans of the original space-faring EVE Online will probably know that EVE Echoes takes to the stars in a brand new universe that looks a lot like EVE’s main timeline. Instead of the mind-boggling vastness of space that CCP’s servers produce, EVE Echoes will have a slightly smaller galaxy of 8000+ planets and massive battles of over 100 ships. Ok, probably not that small an affair after all.

Alongside the massive space adventure, this mobile launch provides a fantastic opportunity for new players to get into EVE with a range of systems designed to make like a little bit easier on this new platform. Tutorial systems for EVE Echoes have been designed to guide players who are new to the space-faring sim toward their preferred playstyle and the recent beta testing has resulted in an autopilot system that should avoid commuters spending their travel time traversing space. Of course, iOS and Android players will also find they don't need to drag a keyboard and mouse around with them, as you can see from the iteration of the mobile UI over the last few years.

Teased in several of the stream's gameplay pieces, the Yan-Jung were also revealed for the first time today. Due to play a massive part in the wider lore of EVE Echoes, the Yan-Jung are an ancient race, one that is not entirely new to the world of EVE. This interstellar mystery left New Eden long ago, leaving little trace. We have yet to learn what the return of this force means. What we do know is that the race leans heavily on oriental influences in order to diversify the world of EVE Echoes. 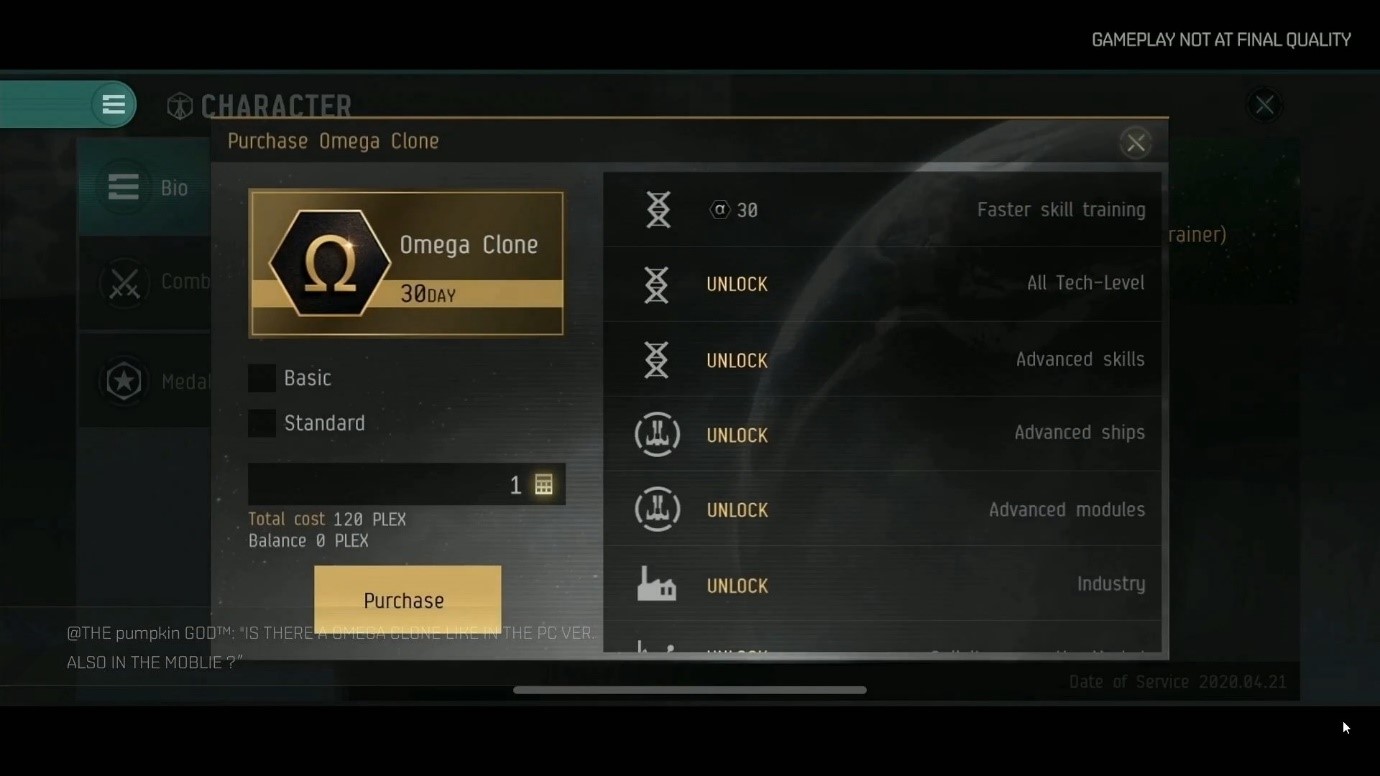 Probably most importantly for players present during the live Twitch stream was the three dreaded words, Pay To Win. Monetization for EVE Echoes will include a monthly pass as well as allowing players to purchase items like their own Mega Clone. We don’t have full details on this but it appears, from some on-screen information, that PLEX and ISK are going to be in place in a very similar form to the big screen version of EVE. Unlike many online multiplayer games, this doesn’t look like EVE Echoes players will just be able to buy the biggest ship and fly off into victory.

The release window for EVE Echoes flew in among a whole arsenal of other information, covering Corporations, personal outposts, and EVEn new ship designs. Trust me if you’ve got your Multi-Pass handy you’re going to love some of the new ship skins. Head over to the Official EVE Echoes Twitch channel to catch the replay later or drop over to the EVE Echoes website for more information on this rising star of the mobile market.