Saga of Lucimia Embers Adrift developer Stormhaven Studios has released a statement from Executive Producer John Gust, notifying potential players that the team is headed into their “Final Alpha Stage”, which you can participate in after you pre-order the game. Preorders will be available starting October, 2021.

The final stage of Alpha is coming, and if you aren’t an Alpha tester yet, you’ll have your chance to get in very soon, with the launch of the new Pre-Order Store in October. Currently, the present Alpha testers that initially backed the game are only allowed to test every Wednesday night at 8PM central. Stormhaven Studios aims to change this in the final phase, where “servers will be up more frequently than in the past.” 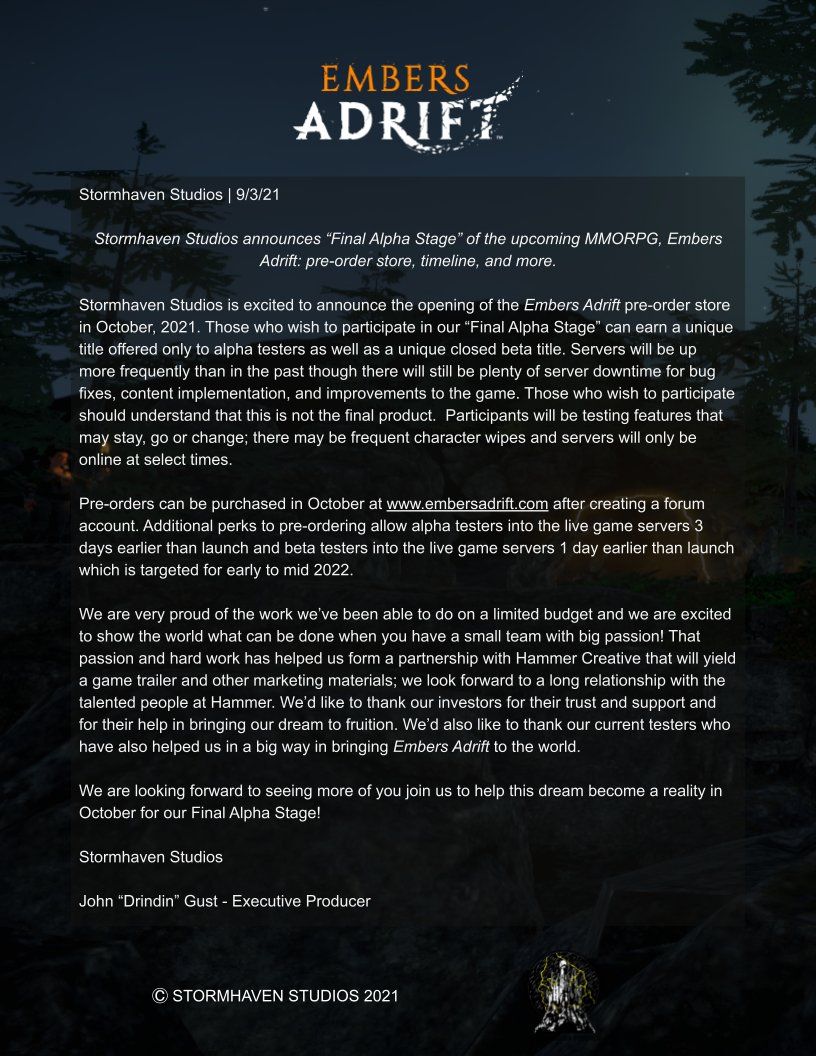 Participants have been warned that what they are testing in the Alpha will most assuredly change prior to launch, and that they could experience frequent character wipes, and limited server uptime. Gust cheers the progress the team has made on their limited budget, despite announcing earlier this week that their private funding round has closed, successfully raising enough money to bring the game through to launch. Embers Adrift is targeting a mid-2022 release window.

“Our private funding round is being closed as we’ve successfully raised enough to market and launch the game. While our budget is still small we look forward to bringing you a finished product that we can be proud of. Thank you to all our investors and previous backers for helping this dream become a reality for all.”

In the latest State of the Game Newsletter that the team posts at the beginning of every month, details related to their ongoing development relayed equipment changes to crafting and armor, as well as their impending completion of the launch zones. Stormhaven has also hired a new game designer, as the team aims to implement content quickly for the upcoming change to their alpha schedule. While we don't know for certain the cost of the new pre-order packages yet, we don't have too much longer to wait to find out.