Elyon hosted their first closed beta test a while back, and the development team took to the game's blog to talk a bit about the test itself, player stats as well as look ahead to the upcoming CBT2 test in August.

Elyon, the MMORPG formerly known as Ascent: Infinite Realm, broke down the statistics from the first beta test, showing off which content players most enjoyed, the class breakdown as well as content that players want from future tests, and eventually the full game.

The team states that almost 14K surveys were turned in by players, with the majority of players praising the combat in the MMO itself, according to Kakao. The team states that the Elementalist was the most popular class during the CBT1, followed nby the Mystic. Assassin was the least played class, but according to the chart by the Elyon team, not by much. 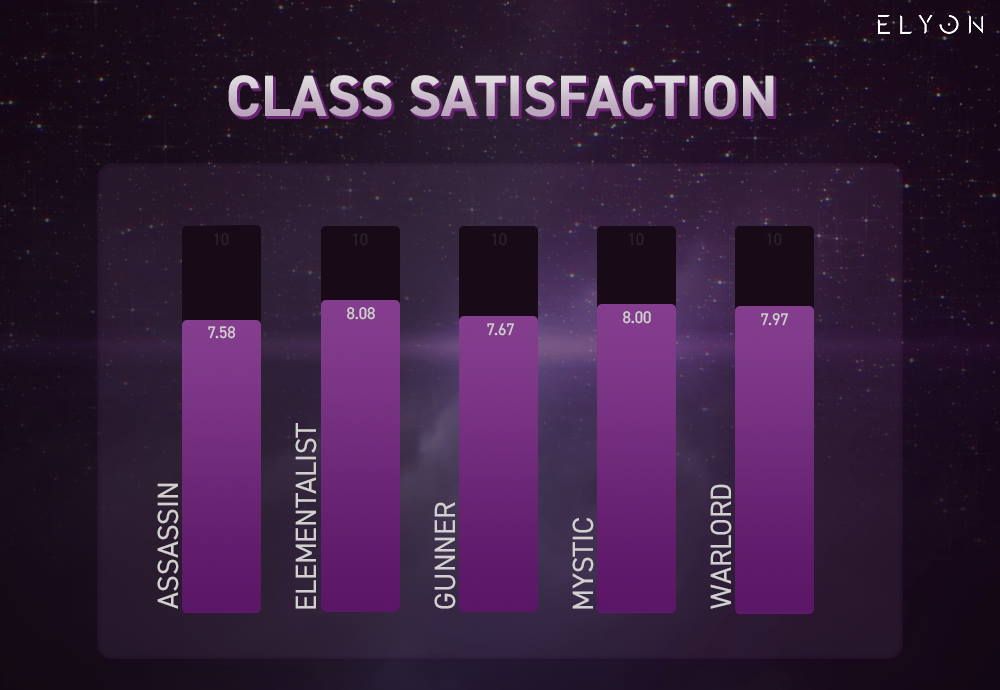 Players also stated that while Elyon has multiple ways to play, from battlefields, arena content and more, questing (which isn't much of a surprise when you think about it), was the most enjoyable piece of content. In terms of future content, Elyon states that players are wanting more dungeons and classes in the future. Which is convenient as the Slayer class, according to Bluehole and KRAFTON, will be available in the second closed beta in August.

The August closed beta test will see a more updated version of the Elyon client, with the team stating that the beta was originally meant to hit in July, will now hit in August, giving the team extra time to localise the Korean build of the MMO.