Disney Dreamlight Valley has released its 2023 roadmap, announcing new content and features to come this year. One piece of note is the arrival of multiplayer, coming sometime in 2023.

The roadmap solidifies content coming in the first part of the year, notably with new characters from the Disney Cinematic Universe, such as Simba in April and Mirabel Madrigal from Encanto in February. Summer will see players uncover the "secret to The Forgetting" all while new Star Paths will be revealed during these events. 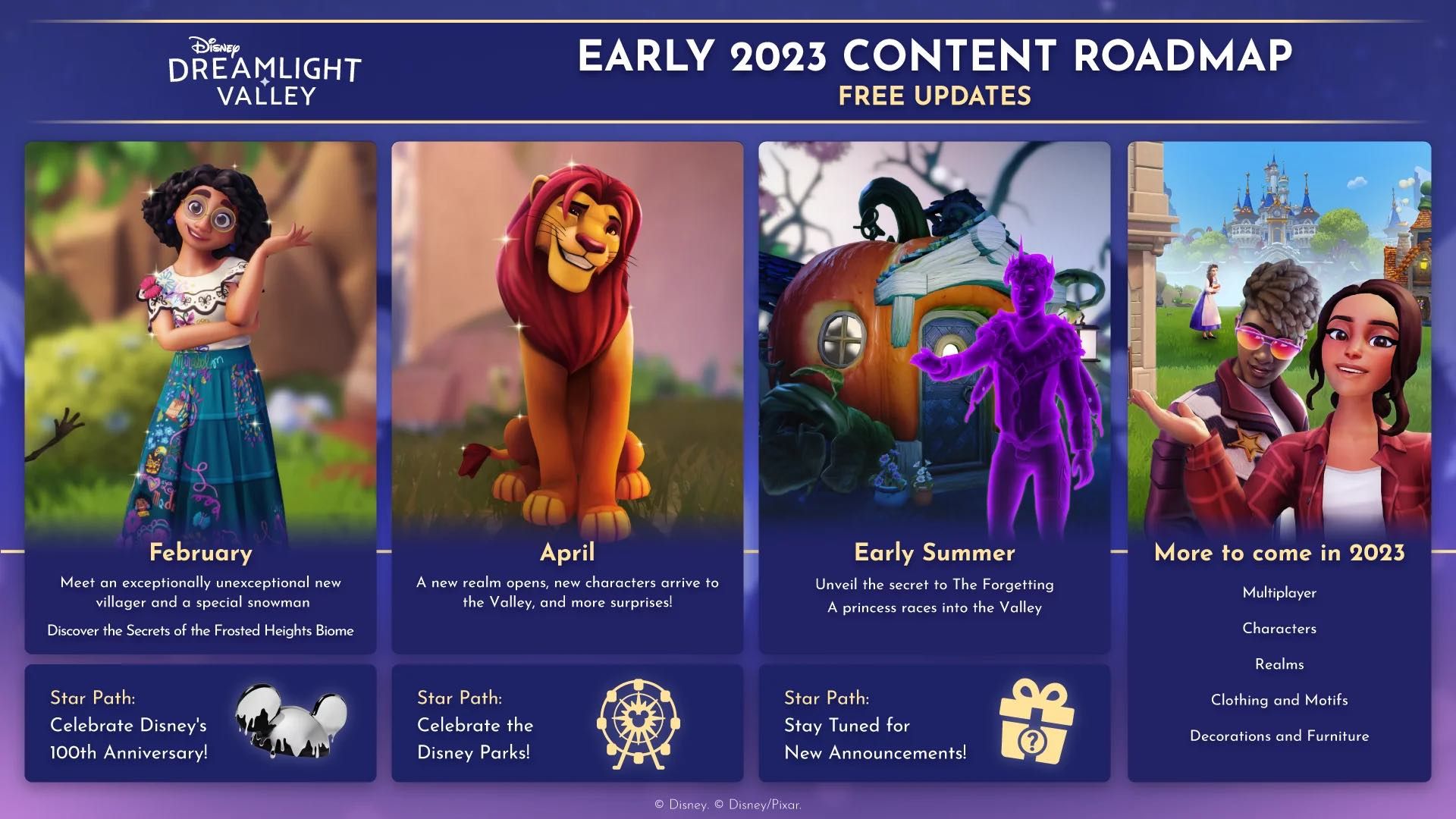 Multiplayer doesn't have an exact date, or really even a description of what players can expect. But it's on the roadmap for 2023, alongside new characters, realms and more. Disney Dreamlight Valley's multiplayer might emulate something akin to Animal Crossing's where players come to visit each other's islands and more. We'll have to wait and see what exactly this feature will hold, though as the team hasn't really talked about multiplayer since the game's early access launch last year.

This year's updates kick off in February alongside the 100th anniversary of Disney, which Dreamlight Valley will be celebrating in earnest. The team behind the game also promises players "countless surprises" in each update, so there will likely be plenty not discussed leading up to each release.

You can check out the full details on the official Disney Dreamlight Valley website.