It’s been more than four years but the wait is finally over: Creative is finally releasing its Katana V2 gaming soundbar. The release is highly anticipated as the original Katana is widely regarded as one of the best soundbars for gamers to this day. Creative has taken the feedback from its Gen 1 customers and incorporated it to deliver a product that leapfrogs the original. The Katana V2 is more powerful, sounds better, and, this time around, is even a better match for console gamers. It will retail for $329.

The Sound Blaster Katana V2 is the gamer’s dream soundbar. It’s compact, made to fit under a monitor and feature’s Creative’s impressive Super X-Fi personalized surround sound tech for an immersive, rich, and powerful sound that can free you from your gaming headset (but can also send that signal through to it if you like to game after the family has gone to bed). It brings back the room-filling sound of the original, powered by its tri-amplified, and comes boasting 68% more power and a larger subwoofer to truly deliver the immersive, rumbling gaming experience you crave.

I’ve had the Katana V2 in-house for the last two weeks and used the original Katana regularly since my review in 2017. The new version is a wholesale improvement and an impressive offering among soundbars in general in this price range. The sound is fuller and more detailed, making it a good fit for movies and music in addition to gaming. You can clearly see how it inherited technology and design inspiration from Creative’s flagship SXFI Carrier. The company has also implemented a bevy of small quality of life improvements, like adding more volume gradations on the lower end for after my kids have gone to sleep, and that bass response is more consistent throughout the volume spectrum. 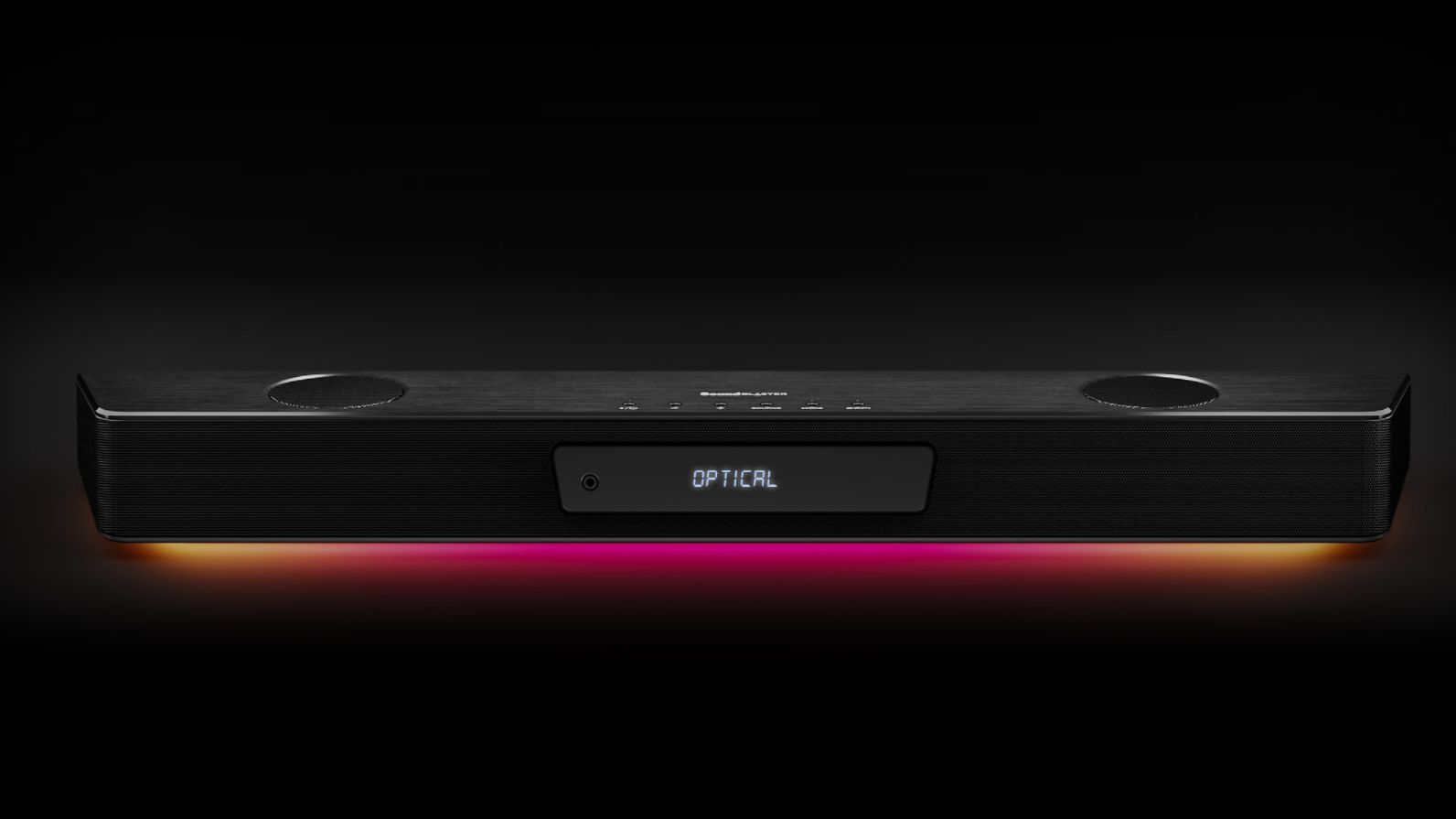 Though my review is forthcoming, I’ve been particularly impressed at how convincing the Super X-Fi personalized surround sound is. Combined with Creative’s app that allows you to really dive in and customize your sound, saving presets to the soundbar, I’ve found it to be an even better option than most 2.1 audio systems I’ve used. The footprint is smaller, the sound is room-filling, it looks great on a desk thanks to its re-worked RGB light bar, and you don’t sacrifice positionality just to game without a headset. It’s also just way more feature-rich than most TV soundbars you’ll find at this price, so the value proposition is simply outstanding.

If you’re in the market for a sound system that’s compact, sounds great, and also supports headphones when you need them, head over to the Sound Blaster Katana V2’s product page and give it a closer look.