In the latest Chronicles of Elyria blog from Soulbound Studio’s CEO Jeromy Walsh, a lengthy explanation of the direction of the game was accompanied by a roadmap.

The blog post was heavy on explanations as to how development will move forward. For example, Kingdoms of Elyria was recently announced as a standalone title, that utilizes the same settlement building mechanics as Chronicles of Elyria. The underlying takeaway of this change in development strategy is that, despite being two separate games, feedback from Kingdoms of Elyria will directly correlate to feedback on the settlement and land management features of Chronicles of Elyria. 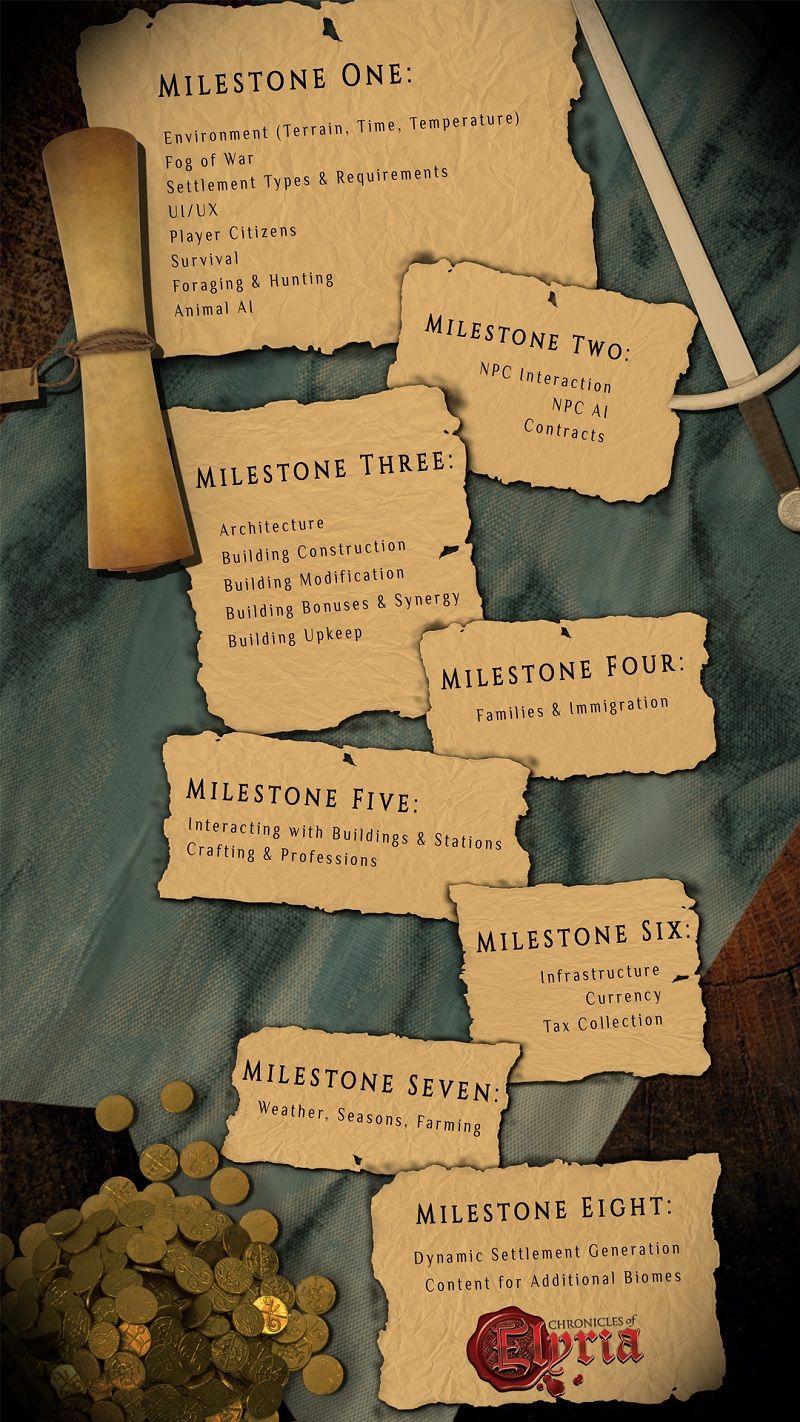 Few details were given as to when players can expect the listed roadmap features in either game. The only loose release date mentioned is that Kingdoms of Elyria: Domains is planned for 2022. Conceivably, that would mean that Kingdoms of Elyria: Settlements should see a release earlier than that, but how it all factors in to the development of Chronicles of Elyria, a game that currently has a pending lawsuit due to abruptly shutting down (and restarting) development last year, we will have to wait and see.

A PR representative reached out to our editing team to clarify a few points from the previous article. In regards to the development of Kingdoms of Elyria and Chronicles of Elyria:

Kingdoms was always part of CoE, but resources mean it's simply being developed now, rather than later.

In addition to the above change, it was stressed by PR that Kingdom of Elyria: Settlements is planned for release in 2021, and that it will be free to all CoE backers .