In what has become a trend, Blizzard is reporting lower monthly active users with its most recent quarterly financial report, seeing a drop from 27 million MAUs in Q1 2021 to a reported 26 million MAUs in Q2 2021.

It's the continuation of a trend that has seen Blizzard lose a whopping 29% of its user base between the first quarter of 2018 and Q1 2021, as reported initially by MassivelyOP. This quarter that downward trend continues, with 26 monthly active users returning in Q2. This doesn't seem like much at first glance - and it should be noted that these numbers are before wave of scandals have rocked the games publisher the last two weeks - but when zoomed out within the context of the last few years, it has to be concerning for the game creator. On the investor's conference call today, the drop in MAUs was not addressed specifically by Blizzard. 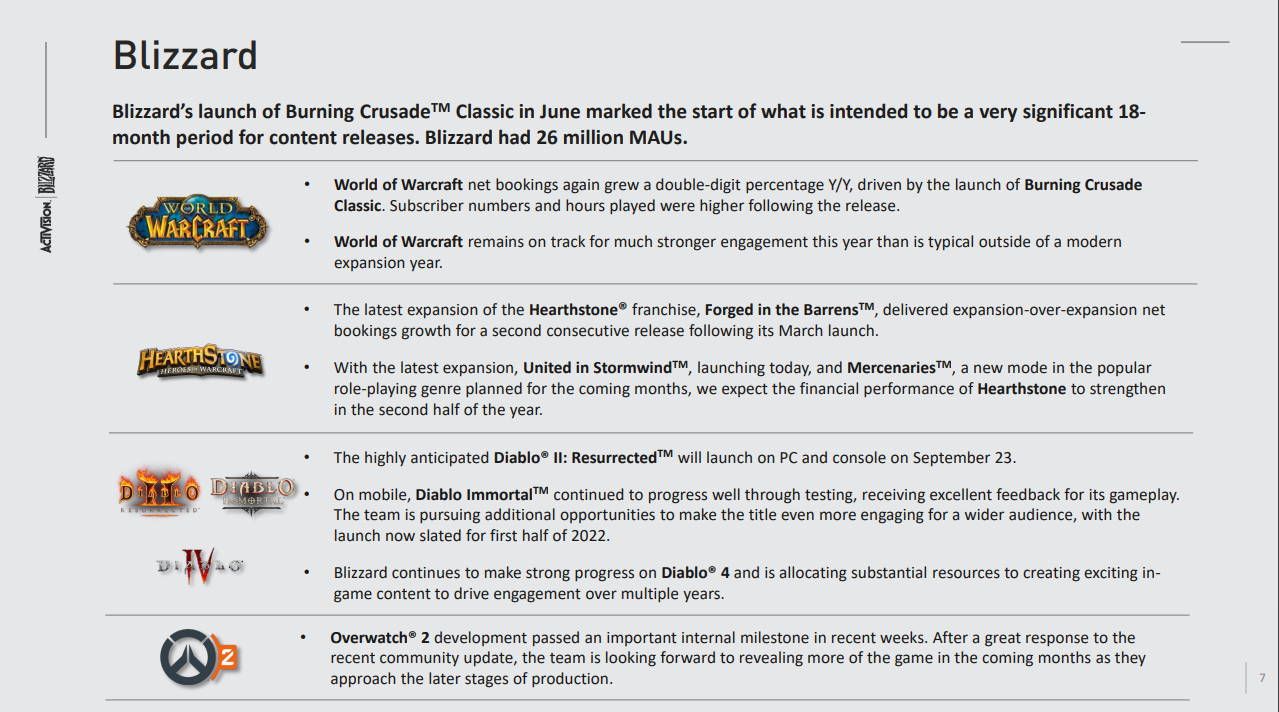 World of Warcraft revenues did trend upwards, mainly driven by the Burning Crusade Classic launch, as noted in the Investor report released before the earnings call today. Blizzard is also at work driving more revenue with Hearthstone, with the latest expansion Forged in the Barrens delivering "expansion-over-expansion net bookings growth." 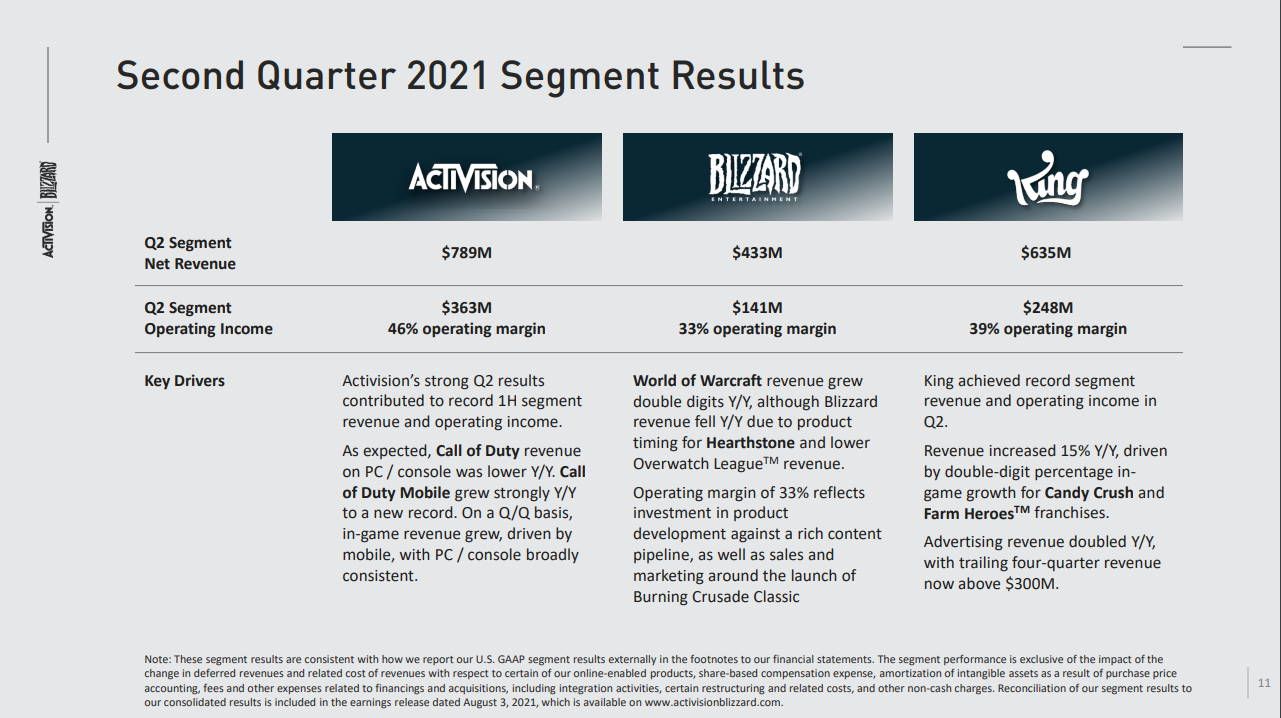 The investor's call comes amid massive controversy surrounding Activision Blizzard due to the California Department of Fair Employment and Housing filing a lawsuit against the game giant alleging a workplace culture of discrimination, harassment and more. Since then, we've seen employees - both current and former - come forward with stories of how that workplace culture flourished. Additionally, statements made interally by Activision executive Fran Townsend were not well received as the statement called the allegations "factually incorrect."

Since then, employees across Activision Blizzard, as well as former employees, have penned a letter to management, as well as staged a walkout protest, as well as formed the ABK Workers Coalition to organize more collective actions to ensure management listens to the demands employees are asking for. Activision Blizzard CEO Bobby Kotick released a statement last week (after a week of silence on that front), calling the initial response by the company "tone deaf." In the wake of the protests and calls to action around the games industry, former Blizzard developer and ArenaNet co-founder Jeff Strain called for unionization, stating that companies that pay and treat their employees the right way "have nothing to fear" from unionization.

Today it was revealed ahead of the investor call that Blizzard president J. Allen Brack would be stepping down, with former Vicarious Visions head Jen Oneal and Blizzard executive Mike Ybarra stepping into the role of "co-leaders" of Blizzard.