When there’s a World of Warcraft expansion on the way, this means there are new dungeons and challenges coming. In Dragonflight, Blizzard has eight new dungeons coming, and Blizzard is previewing them all.

If you’re making your way through the Dragon Isles, here are the dungeons you’ll be able to take on:

Ruby Life Pools, in The Waking Shores starting area, could even look like a peaceful spot if not for all the danger. This one will touch on the conflicts between dragonkin and titans, expanding the lore while challenging you with frost and flame.

Neltharus is the home of the black dragonflight’s hoard and tons of secrets. This is located under the Obsidian Citadel and where the newly-awakened djaradin are based.

Brackenhide Hollow features deadly enemies affected and rotted by decay. “Brackenhide Hollow is the largest gnoll home in the Dragon Isles, yet the wild gnoll settlement holds unspeakable danger. Decay seeps from the Hollow, spreading among the gnoll tribes of the Azure Span and threatening to rot away all life.” 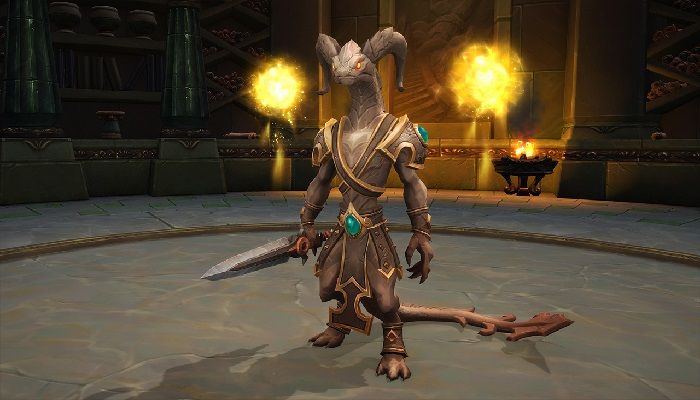 The Azure Vault was a place where Sindragosa stored magical artifacts, but now it’s a vulnerable place from time and attack. Of course, with artifacts and secrets, there will be enemies after them.

These are just four of the eight dungeons set to be included.

All of these sites promise different strategic planning needed to get through and lots of learn about where you are and how things came to be. Some of them are marked as distinctly still being under development, so how much any of this will change between now and launch remains to be seen.

You can read the full preview over at World of Warcraft.