World of Warcraft: Wrath of the Lich King Classic is coming on September 26th, and Blizzard today has confirmed the exact launch timing for the global launch. Additionally, the developer talked upcoming loot and dungeon changes coming with Wrath Classic in a new interview.

First things first: Wrath Classic will be a global launch, with each region getting the game at the same time. This means that the release will be spread across the 26th and 27th, depending on your region. However, for those of us in the States, it means we'll see servers open up for Wrath of the Lich King Classic unlock at 6pm ET/3pm PT on the 26th. We've posted the map below showing launch timings for the various regions. 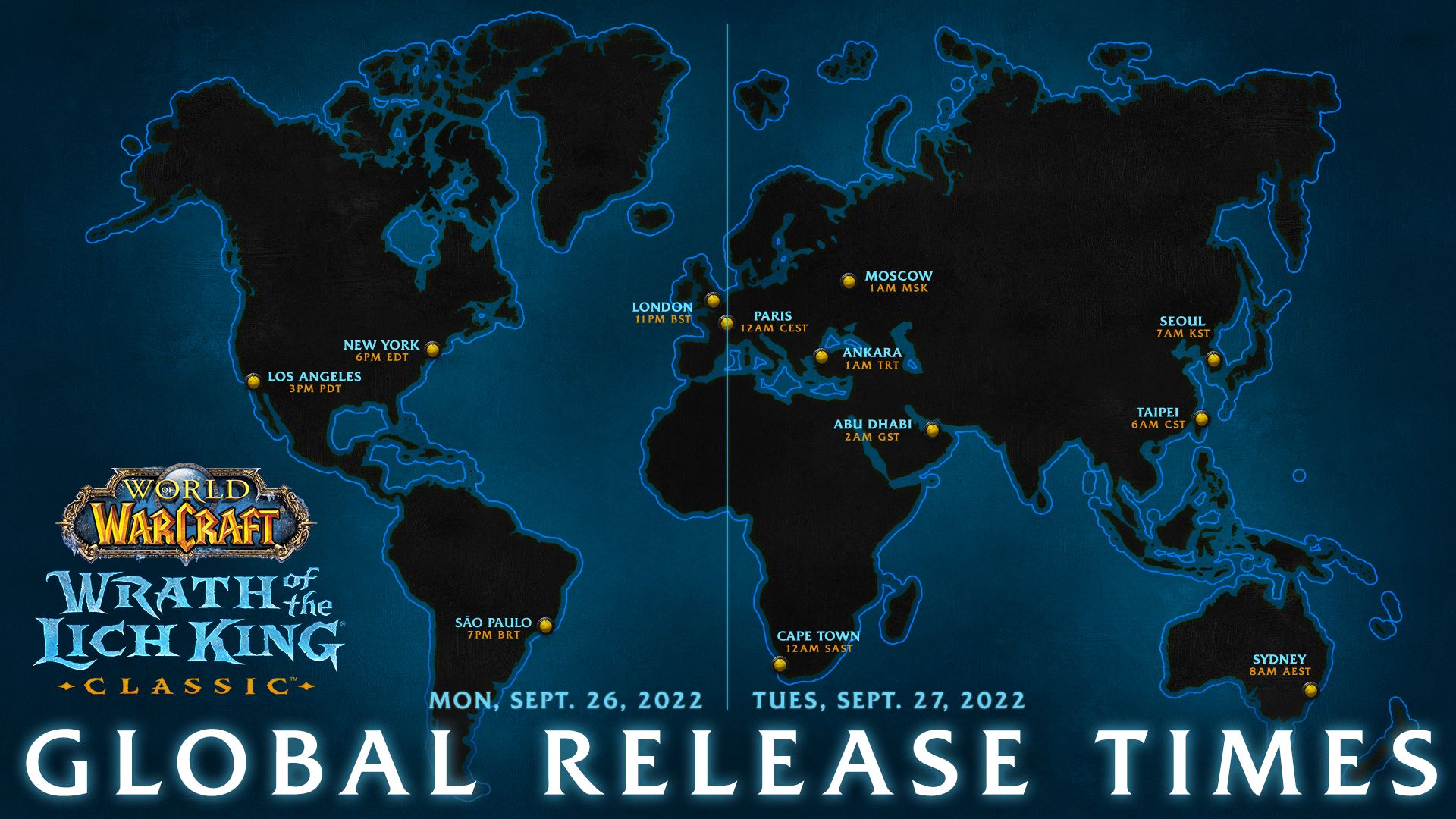 World of Warcraft: Wrath of the Lich King Classic is getting some changes as well as it pertains to loot as well as Heroic Plus dungeons. In an interview with MrGM and Scottejaye on Twitch (via WoWHead), in Phase 2 of Wrath Classic, players will see drop changes with the coming of Ulduar. According to developer Kris Zierhut, the loot that will drop on the 10-man raids form Phase 1 will be replaced with the loot that drops from the 25-man raids of the same phase.

Also coming with Phase 2 in Classic, the loot from the 10-man raids will be moving to new Heroic dungeons with heightened difficulty, giving players a chance to earn that original loot with a new challenge involved. This is in accordance with the #SomeChanges mantra Blizzard has heralded throughout the dev cycle here, stating back in June that they don't find the "#NoChanges" pillar "sufficient anymore." As such, this looks in line with the same post stating that a goal was to ensure that Heroic dungeons were "attractive throughout the entire expansion."