Blankos Block Party has released their 3rd Open Beta update that revamps some of the ranged weapon mechanics, and also brings on some welcome changes for racing, build mode and a very low graphics mode to make the game more accessible to low-spec PC’s.

Mythical has made some changes to the way that players deal out their ranged punishment with a shooting update that changes how quickly weapon fire registers. With the updated Hitscan, weapons will now be far more accurate than before, making the ranged combat between Blankos as fast as they are. New distinct reticles have also been provided for each weapon, and the pickup size for weapons and ammo has been increased, to make it easier to nab these survival tools on the go.

Several other welcome changes for the Racing segment were added. Now players will be able to more easily see what your position is in correlation with the others racing alongside you. Players will also see where you placed even if you did not finish the race (because sometimes just being ahead of someone else makes all the difference). Builders will also see some additions, including a new Super Vibe, which will grant additional energy to players that pick them up. You will also get to set a timer to respawn vibes based on values that you set. 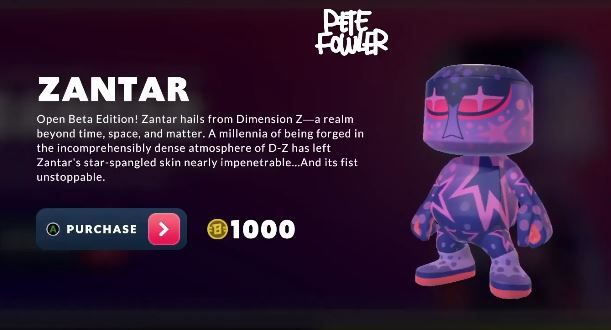 If you’ve been looking forward to playing Blankos Block Party but you are worried your PC can’t reliably handle it, a very low graphics setting has also been added, so if you’re playing on an older or lower spec PC, you may want to give it a try! Lastly, for all you Blankos collectors out there, a new Blanko, Zantar, is available in the shop right now. You'll also want to check out all of the patch notes to see the bugs that have been squashed in Patch 3 as well.