We’ve been following Star Vaults difficult launch of Mortal Online 2 over the past couple weeks, and needless to say, things have not gone well. Players have continuously had issues transitioning from Haven to Myrland, and Star Vault has had trouble getting a fix in place, even after numerous patches, a rollback, and several server reboots.

Mortal Online 2 has effectively crushed its expectations in terms of steam sales, but despite selling more that 110 thousand copies on Steam, the Steam player base has yet to hit a concurrent player count of even 10 thousand based on SteamDB’s player chart.

Founder Henrik Nyström took to the Discord to outline their next steps, after their previous fixes have yet to materialize any lasting relief for players who continue to have trouble getting into the game. According to Nyström they have been able to nominally increase the stable population cap, but it is nowhere near the planned player cap they had intended for Myrland.

“We have done several patches that have increased the overall stable population cap by 300-600 at a time and we are reaching decent numbers for Myrland, but not enough to support our 10k that want to play on Myrland now.”

The good news is that Nyström plans to work on getting all players into the game, by bringing more continents online. By bringing multiple versions of Myrland online, everyone should be able to at least get into the game. The bad news is that you will not be able to build on these alternate continents, only the main continent, which still only houses a fraction of the players that it was originally intended to. The changes also won’t go into effect for a few days, and it wasn’t exactly clear on when players will be able to see the new continents appear. You can read the entire statement below: 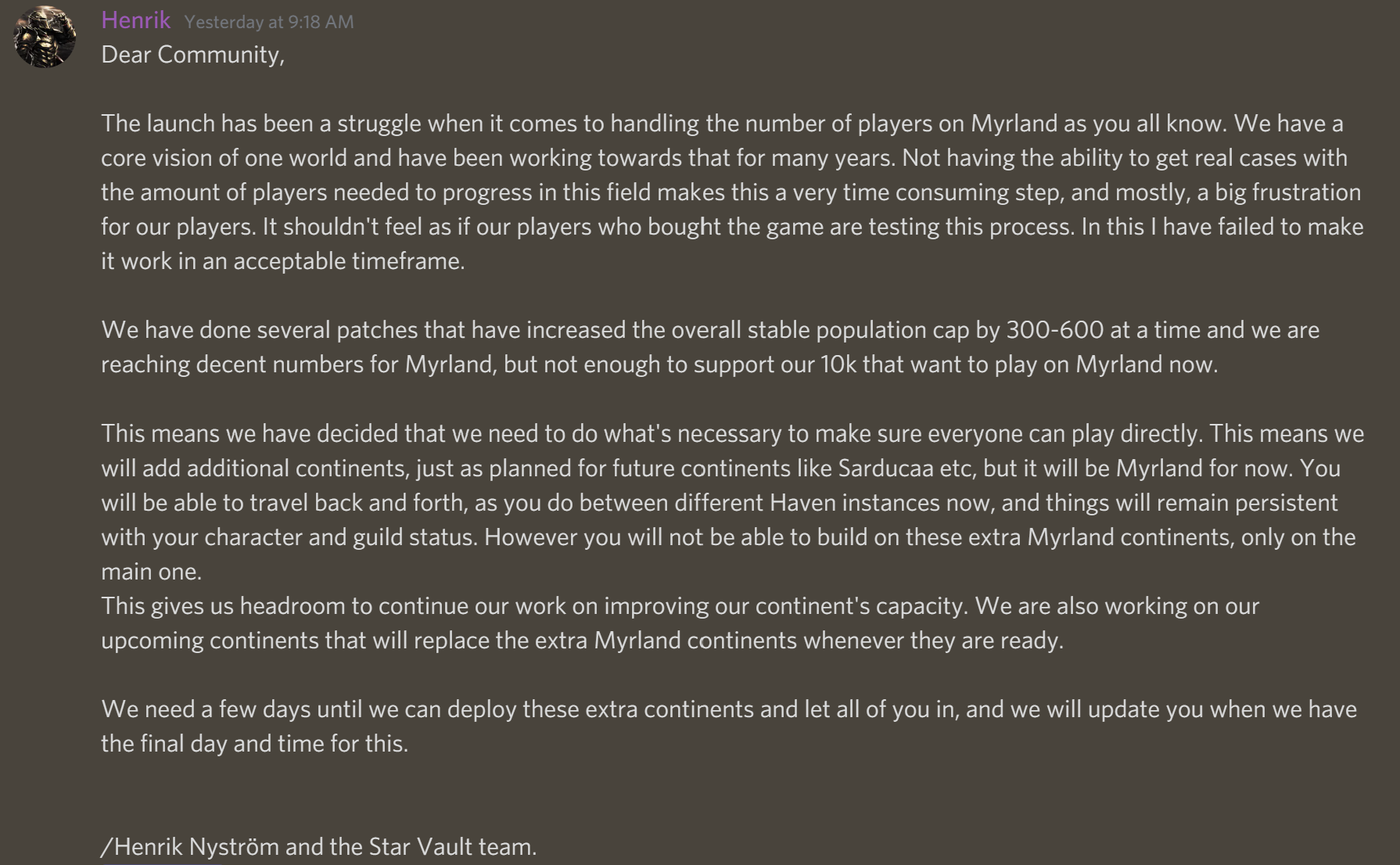 Mortal Online 2 launched on January 25th which was only a week after Star Vault deployed new server hardware. The week prior to launch, players were tasked with testing the new server deployment, but one has to wonder whether the final testing phase was sufficient enough, now that the game has launched and the primary issue has to do with server capacity, queue problems and login issues. Hopefully Star Vault will be able to get a handle on the situation soon.