Arktoberfest is kicking off inside of Lost Ark, coming with many of the standard MMO holiday festival fare. It's also coming with a chance to walk around with a beer glass on your head.

Arktoberfest is Lost Ark's in-game celebration of the Bavarian Oktoberfest, and sees the world of Arkesia get into the beer-guzzling spirit. From now through October 3rd, players will be able to take part in events in Lost Ark, eat some festival-themed foods, and get new cosmetics.

One cosmetic that is sure to raise a few eyebrows are the new Twitch Drops coming to Lost Ark. These Beer Head drops are available for those who watch Twitch streams with it enabled, and give players a chance to walk around with beer on their...head. 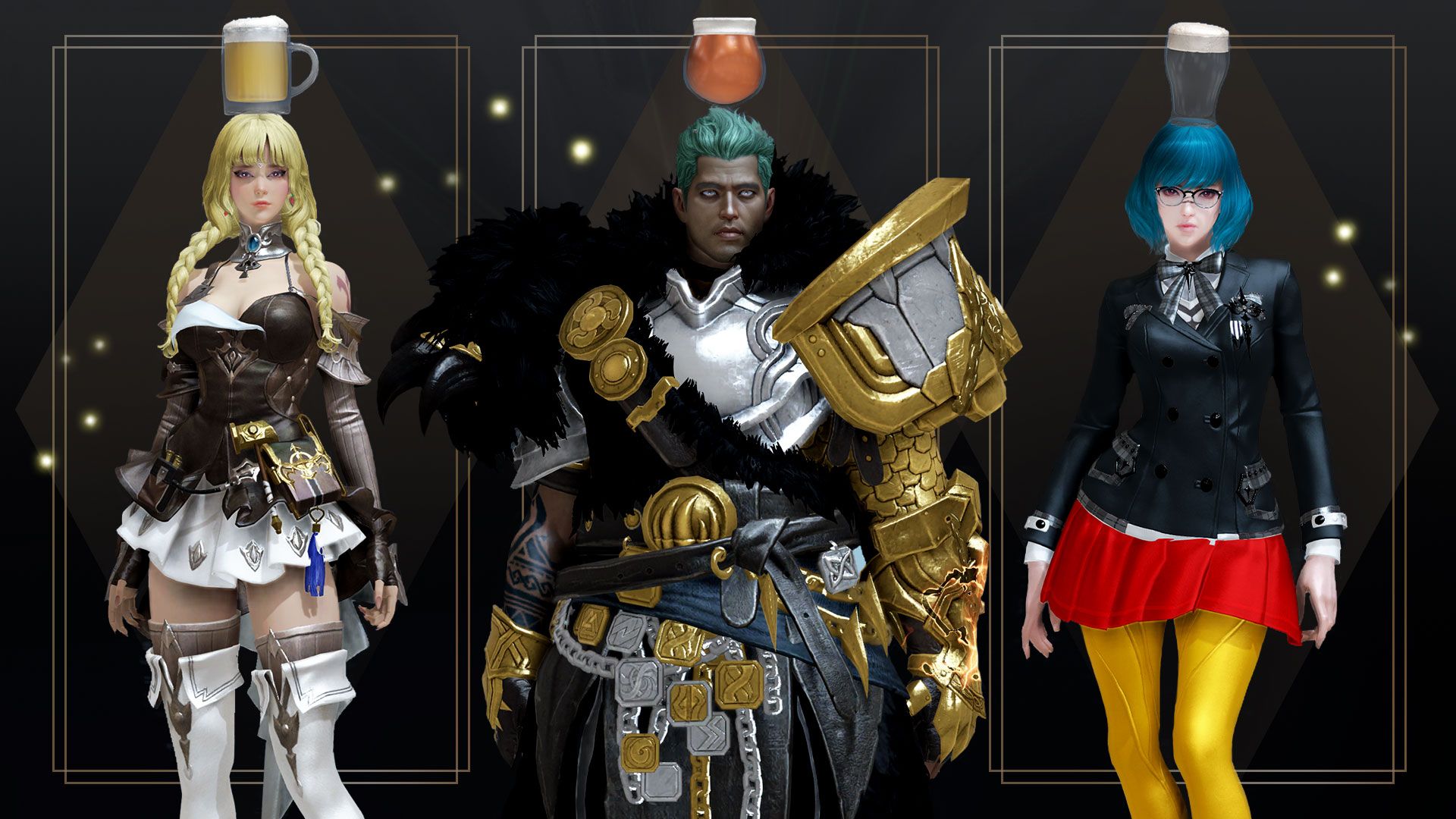 It's a little weird, but hey, it's Arktoberfest!

Players will be able to choose the type of beer they want balancing atop their dome, from an IPA, Lager or an old-fashioned Stout.

Arktoberfest players can also take part in a special food festival each weekend during the event. Players will be able to claim unique food items that are able to help out in raids. Food items include a festival Sausage that increases Strength, Dexterity and Intelligence, as well as a Festival Gingerbread, which does the same and throws in some more HP to boot.

Players can also hang out the tavern on Gesbroy Island, though they'll need to complete the main quests for the island first. the "world-famous Umar establishment" will have some of the best beers on the island, and you can also earn the Lager Doll Mask, Ale Doll Mask and the Stout Doll Mask - which allow you to turn yourself into a beer glass.

You can learn more on the Lost Ark website. Earlier this month, Amazon talked about compensation for the extended downtime the MMOARPG faced, as well as server merges that will be upcoming, in case you missed it.