CES is in full swing, even if virtually, and yesterday marked the keynote address by AMD’s Dr. Lisa Su. She shared several interesting insights into the work and impact of AMD, but the most exciting for gamers was the announcement of the company’s new HX series of mobile processors.

Over the last several years, we’ve seen AMD push the envelope on multitasking performance in the desktop space, challenging convention how many cores consumers should expect from a mainstream CPU. AMD is extending that into the mobile space with its new line of HX-series processors, beginning with the Ryzen 9 5900HX and 5980HX.

These two processors bring high core count counts and thread counts to the laptop space in an overclockable package. Each features 8 cores and 16 threads and runs on the Zen 3 architecture. Both feature 16MB of L3 cache and, like their desktop counterparts, this is accessible to all of the cores at once to reduce latency and increase performance. Both feature the same base frequency of 3.3 GHz but the 5980HX pulls ahead in boost frequency, topping out at 4.8 GHz compared to the 5900HX’s 4.6GHz. Each will also feature 8 VEGA compute units, as well, for basic gaming and video performance even without a discrete graphics card. 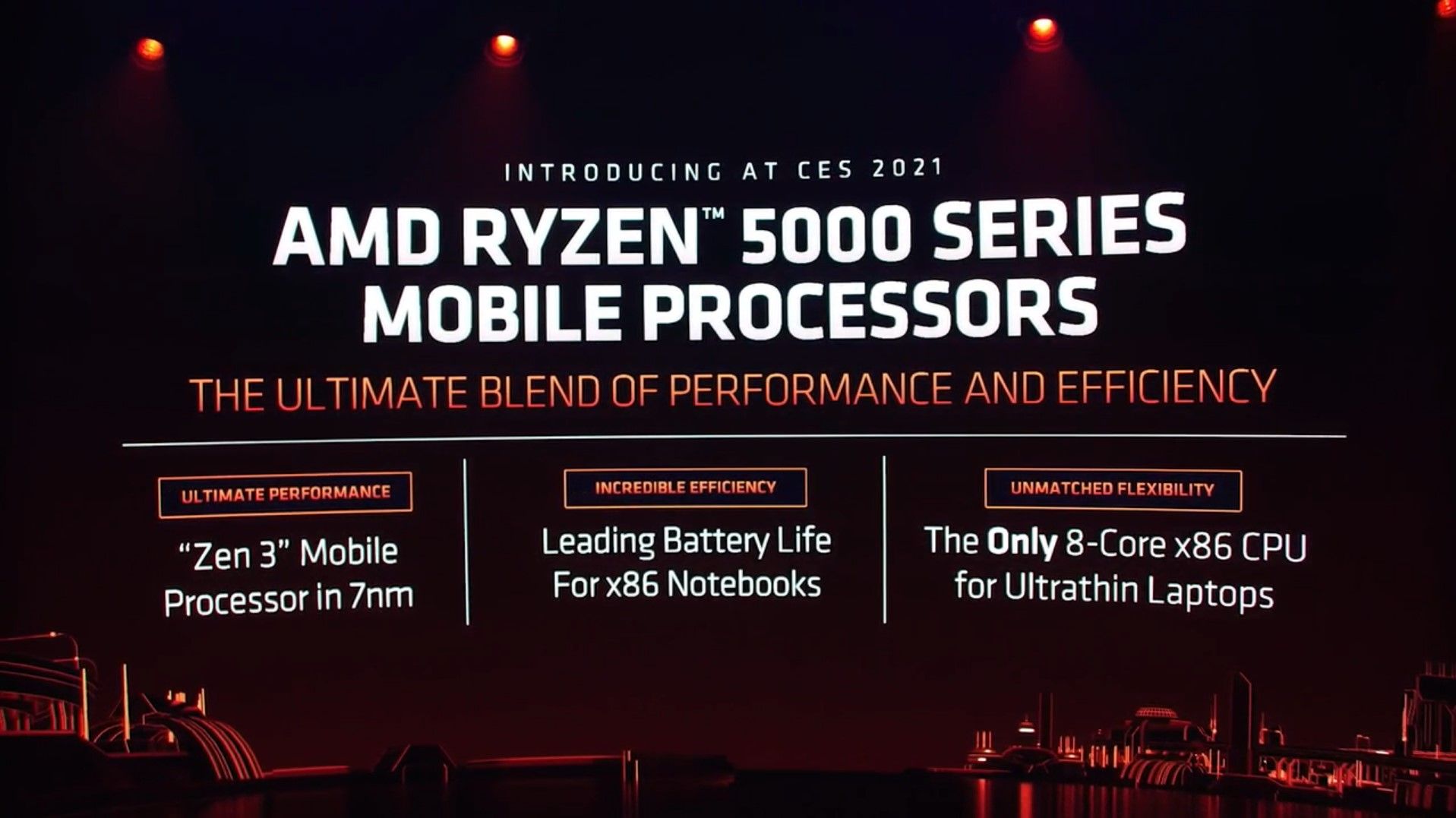 Another notable difference with these CPUs is that they have a TDP of “45W+” and are unlocked for overclocking. This opens the door to laptop vendors adjusting TDP to improve out of the box performance.

AMD did show some performance benchmarks, though examples were limited. For gaming, the company showed Horizon: Zero Dawn running at above 100 FPS at 1080p, pushing the bottleneck to the CPU. It also showed the performance enhancements of the Ryzen 9 5900HX versus the Intel Core i9-10980HK in several synthetic benchmarks, with a 13% lead in Cinebench R20, a 35% lead in Passmark, and a 19% lead in 3DMark’s Fire Strike (Physics). 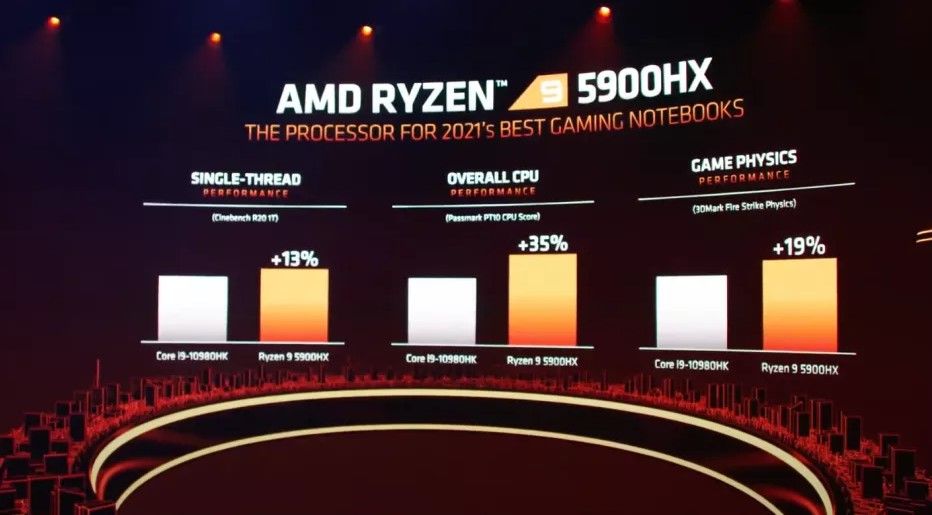 The additional cores, threads, and overall IPC improvements should prove a benefit to games and mobile content creators alike.