AMD gave the keynote address at this year’s Computex and it was a doozy. The company had plenty of announcements to make including the arrival of its FidelityFX Super Resolution, Stacked Ryzen chiplets which could change the face of desktop CPU performance, Radeon RX 6000M laptop GPUs, and more.

is an open-source upscaling technology that, like DLSS, intelligently upscales games to offer higher performance at demanding resolutions like 4K. AMD’s breakdown is well worth a watch:

There’s quite a bit to note here. Unlike DLSS, FSR doesn’t appear to use any kind of machine learning to deliver its enhanced visuals. The tool is platform agnostic and, in fact, can even run on competitor graphics cards like the GTX 1060. Like DLSS, FSR will offer multiple performance modes that tip the scales toward frame rate or fidelity; however, turned all the way to Performance, AMD claims FPS improvements all the way to 2.5x.

FidelityFX Super Resolution may be platform agnostic but that doesn’t mean it will just work out of the box. Developers will still need to code their games for it. At the time of the announcements, ten game developers plan to integrate FSR into their games and engines throughout 2021. 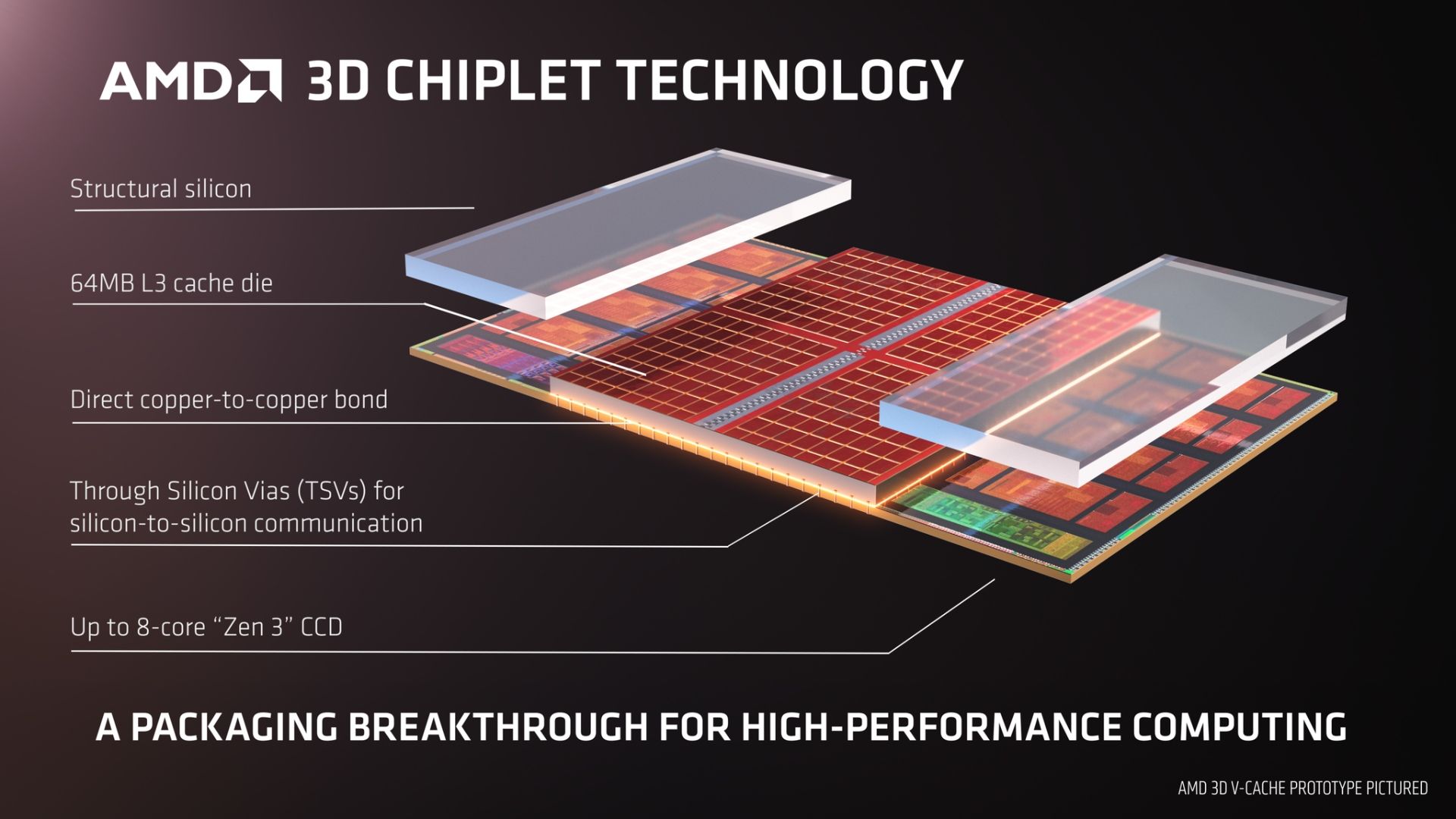 In an especially surprising announcement, AMD shared that it has developed stacked chiplet technology. Ryzen processors have long operated on a chiplet-based design wherein each chiplet communicates with one another to act as a central core of your gaming PC. This new design adds verticality to the mix.

What’s especially interesting here is how that impacts the cache built into the CPU. Processor cache impacts its overall speed by allowing the CPU to store bits of important data in readily accessible stores. As a rule, the more cache, the better. By stacking chiplets, the AMD is able to triple the current cache limit from 64MB to 192MB, offering a ~15% performance uplift. Note that this is without other generation-over-generation improvements. The new design is called 3D V-Cache and was demonstrated on a prototype Ryzen 9 5900X processor.

AMD Radeon 6000M Laptop GPUs Are On The Way

AMD also announced that its new mobile Radeon 6000M GPUs will be making their way to market it a selection of laptops, synergizing with AMD Ryzen CPUs for enhanced performance. These new laptops are part of the AMD Advantage Design Framework and are set to take advantage of having unified hardware in each machine to maximize potential performance.

These laptops will feature the debuting Radeon RX 6000M mobile GPUs. Like their desktop counterparts, these svelte cards are build upon the RDNA 2 architecture and represent the latest of AMD’s GPU designs. That includes features like Smart Access Memory and up to 96MB of Infinity Cache, as well AMD’s power balancing SmartShift Technology. Radeon RX 6800, RX 6700, and RX 6600 variants will each be available from partnered laptop manufacturers.