In some seriously epic Albion Online drama, it looks like a guild had over 1 billion worth of in-game assets stolen from them by a single player.

The details come to us via Reddit. The victim guild in this case is a guild called Fricks. According to Reddit, the guild officers realized they had been robbed at the same time the alleged thief, a player named Huhfesstus, left a message on Discord stating, in effect, that robbing Fricks was his goal all along: 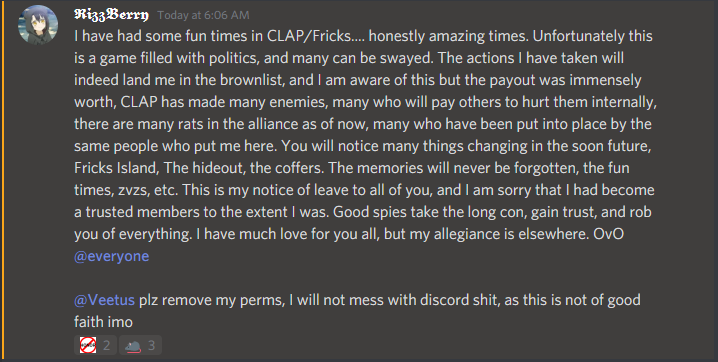 In case you’re unaware, Fricks is a guild which is basically focused on helping newbies and apparently, it’s been around for some time. As Reddit notes, Huhfesstus has previously showcased “suspect behavior” previously. The guild’s GM, Veetus, has said that the total in-game asset loss is now over 1 billion. And it sounds like the guild is still going through the damage to understand exactly how much was lost.

In other news, a recent patch addressed Corrupted Dungeons for Rise of Avalon with several tweaks and changes brought about following player feedback.