New World is hosting its first non-NDA playtest next week, and the team at Amazon Game Studios has taken to its website to detail the preview event for waiting adventurers. The preview...erm...previews its event, showcasing when players can expect to recieve their invites and more.

The team outlines the eligibility and when you might expect to see your invites go out - though it seems they should be handed out a matter of four days. From August 25-29, players should see invites start hitting in waves, specifically for those who participated in the alphas as well as players who signed up for the beta before July 9th. Pre-order customers, whether on Amazon or Steam, will see their invites go out on August 25th in the first wave. 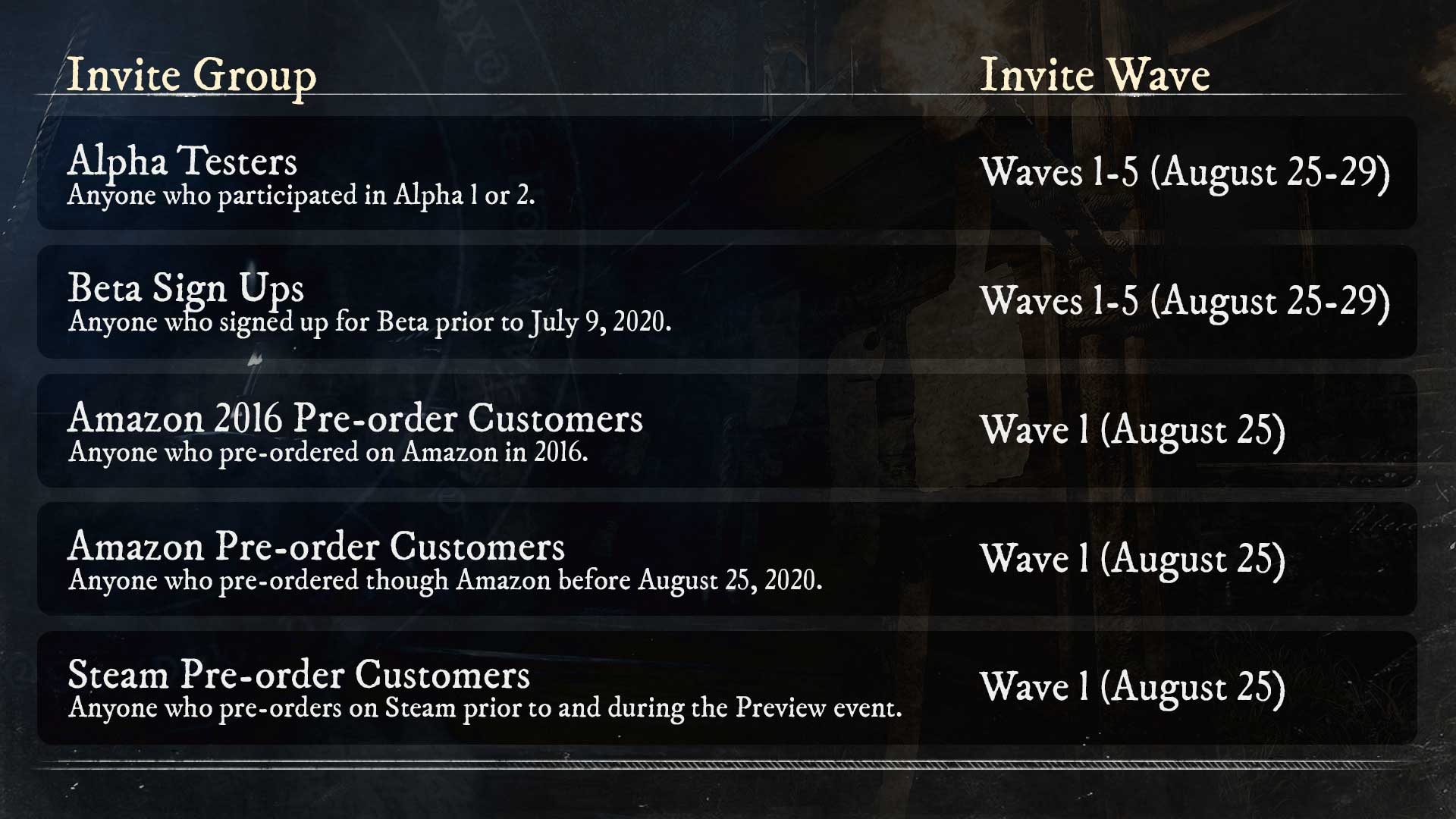 Additionally, it looks like there will be servers in multiple regions throughout the globe, with servers in North American East and West, Europe, Asia Pacific and South America. If you've preordered New World, the post states you should see an invitation email hit your inbox with instructions on how to download, while Steam pre-orders should simply see the build in their Steam library on August 21.

The New World preview officially starts at 9am PT on August 25th, and will end on September 5th at 11:59pm PT. This won't be under NDA, mind you, so it'll be interesting to finally see what New World brings to the table first hand. We'll be sure to share our thoughts throughout the experience during and after the event.