With VR ratcheting up in popularity over the past couple of years, we are starting to see more projects emerge that could entice traditional PC gamers into trying VR for the first time. For someone like me who loves playing games in a persistent world, Zenith: The Last City is one of those projects that would have encouraged me to try VR if I hadn’t already picked up a headset before hearing about it. I reached out to Andy Tsen, Co-Founder/CEO of RamenVR, to find out more about the game before it enters Alpha next month.

MMORPG: Can you tell us a bit about Zenith and what you would like someone new to VR, or who is thinking of getting into VR, should know about the game?

Andy, CEO/Co-Founder, RamenVR: Zenith is a cross-platform VR MMORPG coming to Oculus, PlayStation VR, and SteamVR platforms. It features a gorgeous open world married with thrilling action-adventure gameplay. Zenith is inspired by our mutual love of traditional MMORPGs like WoW and JRPGs like Final Fantasy and Nier Automata -- we hope we can deliver a fresh, yet familiar experience, all in fully immersive virtual reality!

MMORPG: During the Kickstarter, it stated that the game will release with both a VR client and a PC client, is that still the plan moving forward? Have you run into unexpected challenges so far while trying to achieve this goal?

Andy: Yes, we still want to release the PC Client -- but our current focus is delivering a high-quality VR experience. As a small studio, we need to focus on getting the core VR experience solid before expanding to PC. Several multiplayer games in VR do this well -- looking at RecRoom and VR Chat as examples of experiences that run on multiple platforms.

Our solution to this is to have an asymmetric class design, with a different set of mechanics and classes available on desktop eventually, but we haven't fully scoped this part out yet.

MMORPG: Are you planning on having a megaserver or running separate servers, each with a self-contained community?

Andy: Initially, we'll shard with each shard able to sustain a large number of players, similar to traditional MMORPGs, but long term, given our server architecture, we'll be able to stitch different worlds together into a massive universe. The primary issue that keeps this from happening right now is more around content than technology -- we need to create gorgeous, fun, and engage content for our user base -- and our goal is to handcraft each environment.

MMORPG: Can you give us an idea of how large the game world will be at release? What kind of travel options will players have at release? Will there be fast travel?

Andy: Our goal is to make the world feel as expansive as possible. That means giving players the option to move around in different ways. There will be fast travel for sure but also different ways of navigating the environment -- players will also be able to run, climb, and glide around in the world. We took a lot of influence from games like BoTW, Population ONE, and Genshin Impact when deciding how to architect our locomotion schemes.

Andy: Dungeons and group content is a huge fixture of MMORPGs and we've spent a lot of time thinking about how that would work. We want combat to feel fast and action-packed, while still featuring the same meticulous practice, strategy, and execution that goes into MMORPG raids and boss fights.

There will be dungeons and world boss content at launch. We're not ready to talk about the raiding system yet, but we've got some exciting ideas. We're not quite ready to give a firm answer on what group content size will be, as we're still fine-tuning it right now, but what we can say is that we think there will be at least 3 players for a regular party, reprising the holy trinity of tank, DPS, and support/healing.

MMORPG: Should players expect Zenith to be more of a sandbox MMO or a linear story drive game?

Andy: Zenith will have a linear story, but much of the progression loop is based on a non-linear path. Each zone has a plethora of procedural quests, treasure to hunt, and public events to grind out that players can complete without progressing down the main scenario. The main scenario is mainly there to provide the architecture of the plot and introduce players to the new zones and areas, but of course, you can expect quite a few twists and turns on that front too.

MMORPG: Can you give us an idea of how character advancement in Zenith will work? Will it be traditional level-based advancement or a free form system, such as multiple skill trees?

Andy: Basic leveling in Zenith follows a traditional linear progression route. However, our skill progression is going to be non-linear and we're giving players the power to customize the character to fit their playstyle while also injecting an element of surprise into the skill progression.

Of course, there will also be a strong item/loot component to this, which will include item levels, rarity, and enhancements. 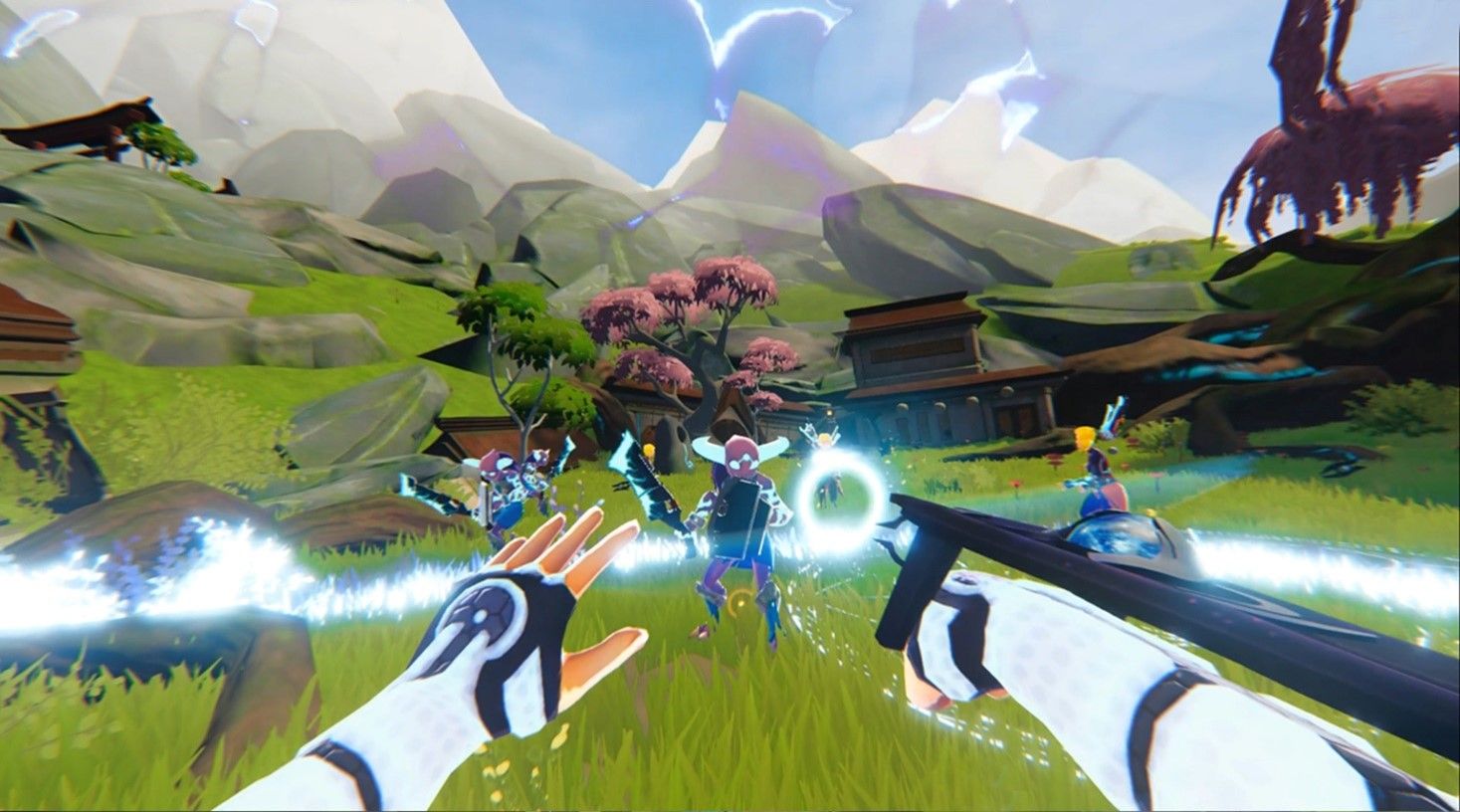 MMORPG: I noticed you currently only have 2 classes in the game, with one still unannounced. Will the role you take on (Tank/DPS/Healer) be based around a skill/attribute system, specializations, or more on the abilities you choose to have slotted at a given time?

Andy: Every class will be able to take on every role in the game. Role is based on differences in skill loadout, attributes, and specializations. There will be a lot of variety in terms of playstyle between the different class/role pairings and emergent behavior. For example, as a blade master tank, one way to mitigate damage will be to literally parry the weapon attack with your sword.

Andy: Procedurally generated and repeatable quest types will be just one way to progress through the game. As for why -- we're a 10 person developer team and we have to be smart about how we allocate our resources. Many of our tools and workflows are centered around making it possible to build an MMORPG with our team size.

Procedural quests are one way to create fun, repeatable content without doing custom work. We also have to be careful about our linear story content, as that can often be extremely expensive as well. Our goal with Zenith is to create an expansive and gorgeous world to explore.

MMORPG: For those readers who are interested in PvP content do you currently have any plans to include PvP at release?

Andy: We don't have PVP content right now, and won't at release, however, it's definitely a part of our post-release content roadmap.

MMORPG: What are your current plans/thoughts for monetization in Zenith?

Andy: It’s going to be one box price with no subscriptions at the start, but as we start growing and needing to support the server costs, we will consider new monetization models. Never pay to win.

MMORPG: I assume possible models for consideration, when the need arises, might be something like a cosmetic shop, for example?

Andy: Yeah, but we don’t have any immediate plans for monetization beyond the box price.