Aka'Magosh! It is an exciting time to be a World of Warcraft player. With the announcement of the latest expansion, Dragonflight, having just been announced there is no shortage of information to glean. In fact, our very own Robin Baird had an opportunity to sit down with the devs and talk all things Dragonflight and did a wonderful write-up on that interview that you need to check out.

That, however, was not the end of the exciting news for us World of Warcraft fans. It has been a long time coming but we finally have confirmation that Wrath of the Lich King Classic is coming to World of Warcraft. While Robin was talking all things Dragonflight I had the opportunity to sit down with Tim Jones, Technical Designer and Patrick Dawson, Production director on Wrath of the Lich King Classic.

During our round table discussion, a lot of new information was discussed that should have fans of the best (it's just a fact) expansion for World of Warcraft excited for what is coming to classic later this year. With so much information presented during our discussion, I’ve done my best to compile the information for you here in a hopefully concise, consumable manner. So without further ado, grab that coffee, kick back and get excited about Wrath of the Lich King Classic.

SO WHAT IS IT, ANYWAY?

Wrath of the Lich King Classic will be a return to that golden era of 2008 when the expansion first launched. The level cap will be raised from 70 to 80 and Death Knights will be joining the ranks of both the Horde and Alliance. One notable change here is that, unlike Wrath of old, you will not need to first level a character to 80 before unlocking Death Knights. 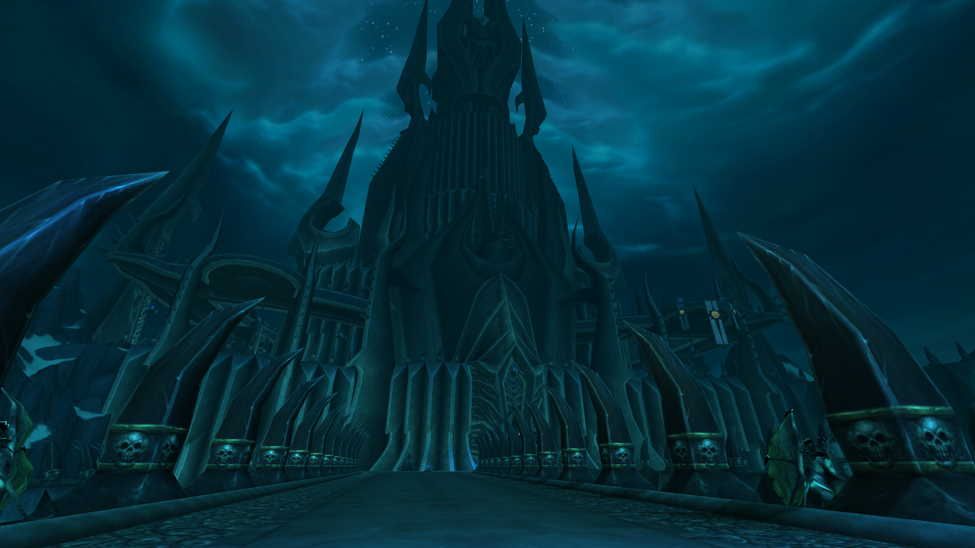 Death Knights will be available on launch and ready to push back against the scourge with the rest of the Horde and Alliance. As a hero class, players who decide to play as a Death Kight will be starting their journey at Level 55 in a unique starting area. Once that introduction is over they will continue their journey through the Burning Crusade and then on to Northrend.

Though both Tim and Pat were shy on specifics around the release, we were assured that Wrath Classic will be coming sometime this year with a beta scheduled before the live release. They also confirmed that the game will launch at the 3.3.5 patch which is considered by many fans and the developers to be a fairly balanced point in the Wrath life cycle.

Tim went on to explain that we will see a staggered release of content as well so as to have players feel a sense of progression through Wrath. Although details are still being finalized it seems likely that the content will be released in a similar manner to the original expansion but in a more condensed time frame. This includes dungeons, raids, and the story progression. The team is very excited to have players relive some of those epic moments that took place during their time in Wrath of the Lich King.

Not all is as it was, however. Patrick was quick to point out that there are a few changes that will be coming with the release of Wrath Classic. For starters, the LFG system as it was in Warth will not exist. No auto queuing and teleporting will be available in this iteration of the classic server. When questioned on this both Tim and Patrick had some interesting insight.

A large part of this change is accredited to the player base itself. One of the things that the team has been impressed with since the release of Classic has been the focused, clear feedback the classic community has given them. In fact, many of their design decisions for Wrath Classic have been informed by that community feedback. 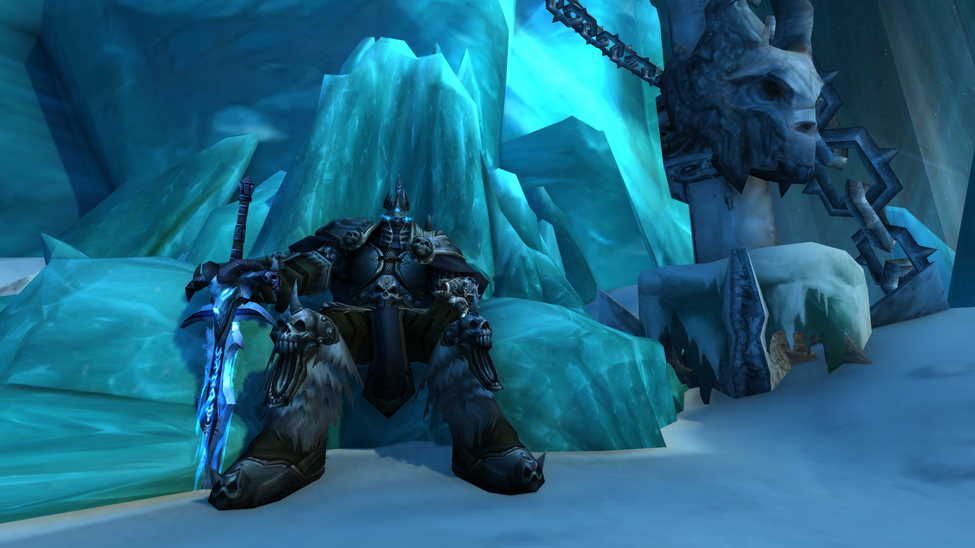 In the case of the LFG system, the community felt that it was a detractor from building a good community within guilds and even the larger server community. When you remove the need for people to reach out to one another for assistance, they tend to simply stop reaching. This in turn leads to a disconnect between players and by extension the content they are engaged in.

This concept was further reinforced by their own observations (both Tim and Patrick were a part of the original Wrath release in 2008). It was noted during the round table that the team at the time also noticed a bit of decline in player interaction with the introduction of the LFG system.

Another observation the team has gleaned is that removing the LFG system with the instant teleport to the dungeon, it actually helps preserve the size and grandeur of the world as a whole. There is value in having to make the trek to a dungeon summoning stone. Half joking, Patrick was quick to also point out that it's helpful for players to know where the entrance to a dungeon actually is. For anyone that played Wrath in 2008, we can all attest to how frustrating it is to die and have to walk back to the dungeon entrance only to realize that you have no idea where that is.

To be clear Patrick was quick to point out the LFG does have a place in World of Warcraft. This is why it still exists in Dragonflight. However, for the Classic community who are looking for a specific experience, it simply didn’t make sense. There is a time and a place for certain features and part of the dev team's goal is to assess what serves the community best.

Another notable change coming with the release of Wrath Classic over previous Classic releases is that all BC servers will be moving on to Wrath. When the airships and boats chart a course for Northrend all players will be on board. When pressed on this Patrick had some great insight to offer. 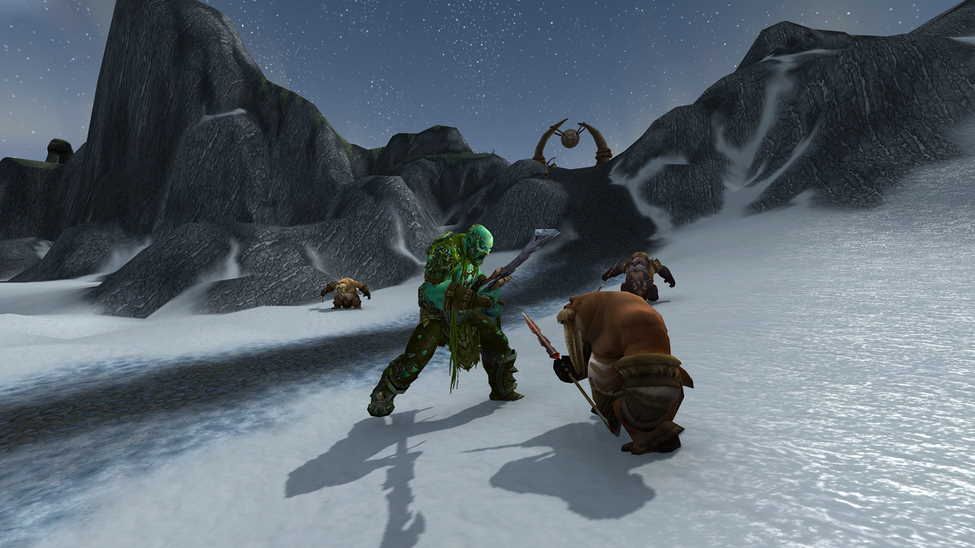 With the release of different versions of WoW, the classic team is working hard to be mindful of what will help sustain a healthy classic community. Continually releasing servers for every iteration of the game simply doesn’t foster the kind of healthy community that the team is hoping for. He was also quick to point out that this doesn’t mean we will never see the BC content again but that at this point moving everyone from BC to Wrath seems like the best move.

When asked why there are Vanilla servers but we will not see BC servers, Patrick pointed out that this was in response to community feedback. There is a portion of the classic community that wanted to preserve that classic point in WOW history. At this point, though they have to walk a delicate balance with just how many versions of the game are out there. With so many people having a fondness for Wrath of the Lich Kind and based on player feedback, it seems like the right move to transition all BC servers to Wrath.

Another notable change comes in the form of character customization. In Wrath of the Lich King, players were introduced to the barbershop which allowed for the changing of things like hair, accessories and small cosmetic changes for a small gold fee. Wrath Classic is doubling down on all that is offered at your barber of choice in Azeroth.

In addition to everything that was present in the 2008 version of the game, players will also find services like physical feature changes as well as gender chances. Interestingly these features that were once a paid service provided in the Blizzard store for real money are now options in the barbershop that can be paid for with gold.

Patrick once again offered some insight into this design change. Essentially it comes down to accessibility, modern capability, and player expression. When the team was picking apart what should be a part of the classic experience one of the questions that were constantly raised was, “What can we bring into the Wrath experience that gives players options and doesn’t take away from the experience”. In the case of cosmetics, it's one of the best ways players have of expressing their choices in-game. So it made sense to bring as many of the modern systems as possible to allow players this opportunity.

The final area that was discussed is gear balancing. At this point, the team is still hard at work to assess if any changes should be made to balance pieces of gear for PVE or PVP. Tim was passionate about wanting to create an experience that feels faithful to Wrath while still working to find a good balance for players.

During our round table, I was struck by how much thought and care has gone into creating the Wrath of the Lich King Classic experience for players. It would have been in some ways much simpler for the classic team to translate the original data to modern systems and simply recreate the Wrath experience as a clone of the original.

However, in the midst of our discussion on nostalgia, getting old and playing video games, Patrick made an interesting observation which he then stated has been a huge part of their design philosophy for this release. He said,

“One of the core principles is to have Wrath feel authentic, like an authentic Wrath of the Lich King experience. Authentic doesn’t mean identical, right? It just means that the feeling that you get when playing is similar to the one that you had 15 years ago.”

This concept is a huge driving force for the Classic team and its one that I appreciate immensely. In every aspect of the Wrath experience, the team is filtering it through that lens. It in part is helping to inform them on how best to build and maintain this server.

It shows even while playing through the BC Classic experience. There are little changes that have been implemented here that have helped to create an authentic experience without getting bogged down in some of the frustrations that were present in that version of the game. Finding that delicate balance for players is something the team stresses is at the forefront of their minds and is why they have appreciated the focused feedback the classic community has and continues to give.

I appreciate so much the time I had to sit down with both Tim Jones and Patrick Dawson. Their passion for World of Warcraft, its community and for gaming is evident in every part of the discussion we had. From what I’ve gleaned through my conversation with them, Wrath of the Lich King Classic is shaping up to be an incredible return to the best(still a fact) expansion of World of Warcraft.