Announced today at the Xbox Showcase, The Outer Worlds is getting story DLC in the form of Peril on Gorgon.  The pulp-noir inspired expansion brings players to the Gorgon Asteroid to uncover the "mystery behind the sudden cancellation of the Gorgon Project."

"Peril on Gorgon is sort of a pulp-noir themed expansion to The Outer Worlds," Carrie Patel, Game Director and Narrative Lead on Peril on Gorgon told us via a phone interview earlier this week. "It's a story expansion that fitst alongisde the base game content. In Peril on Gorgon, the player is called to the mysterious Gorgon Asteroid, which was the site of a now defunct Spacer's Choice facility where the  company was developing and creating Adrena Time until that project was mysteriously and suddenly shut down 'for reasons.'"

As such, players of The Outer Worlds will be tasked to explore and find out the mystery behind this facility, as well as go back to various locations throughout the base game world which the team has added new sub levels for players to explore. Also coming is a higher level cap to accommodate the new content, new companions and more. For the team, it was a way to expand upon the narrative of the base game and create more of the story in The Outer Worlds players loved.

"The biggest goal for us," Matt Hansen, the Art Director on Peril on Gorgon says, "was to create more of what the players love from the base game. So you've got a whole new overland experience, you've got a lot of fun dungeons and sort of the off-world sub missions and things like that. So we wanted to add a bunch more of that while also expanding on what could be provided by those things. So we really play up the noir tones to kind of make you feel like a hardboiled Space Jockey. We introduced a lot of verticality into those spaces. So you see off in the distance or up on cliffsides these aspirational spaces that you're very excited to get to when you eventually find out how to get to them. And when you do circle back through the maze-like canyons of Gorgon, it's a pretty exciting experience."

Peril in Gorgon was actually originally planned as a much smaller expansion, however, as Matt tells me, the size and scope of it increased when the team started to see the player feed back and how much they loved the base game. This motivated the studio to create an even bigger experience, one that could live up to and sit alongside the story of the main Outer Worlds experience. 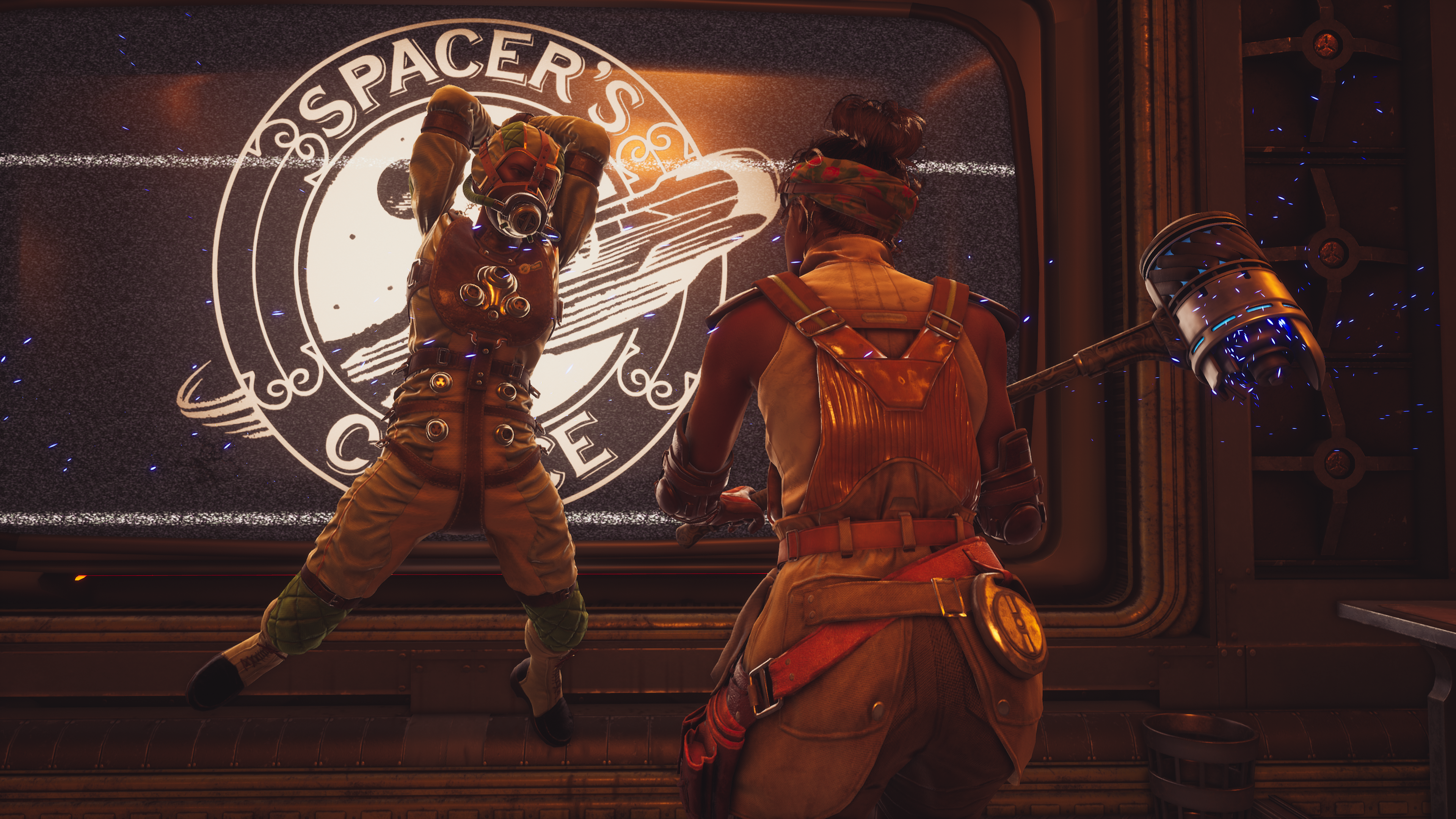 "Prior to the base game release, we had actually been working on a much smaller DLC. And once the game was released and we saw just how much fans loved what we had brought, and specifically what aspects that they were  most drawn to, we decided it was important for us to pivot at that point to create an experience that was a lot bigger and incorporated those things fans loved most about the base game, so that we had an experience that our fans deserve. They've clearly shown how much they liked this game, and that's meant a lot to us. Not only did we want to give them more, but we were able to take their specific praises and criticisms and incorporate that information into how we molded the game."

For fans looking to jump into the new DLC when it launches later this year, it sits right alongside the main narrative. Players can meet new companions, but also bring along existing ones that will fit right into this content as if they were always meant to be there with you. 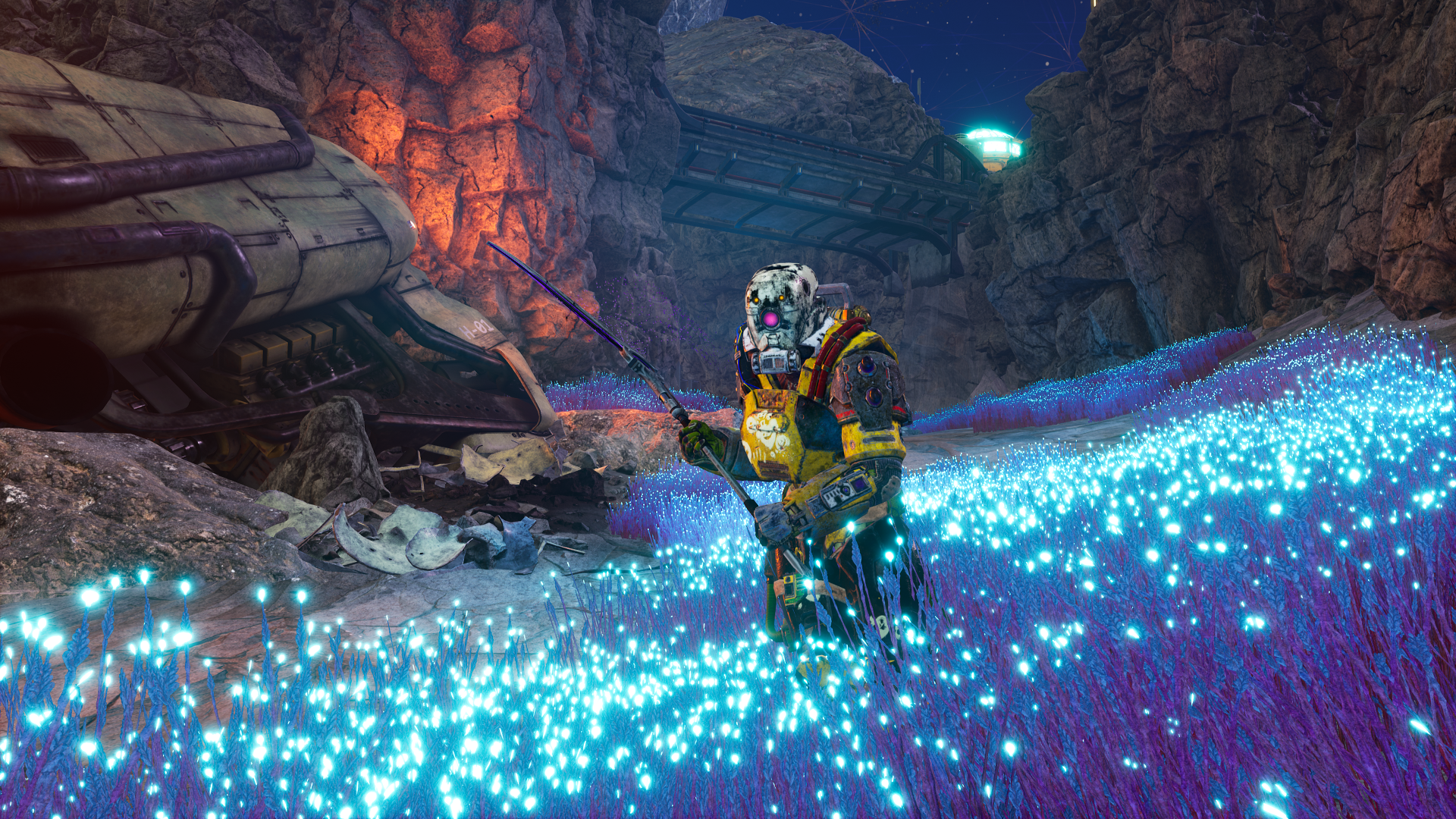 "The Outer Worlds is set in the Halcyon system, so it was very easy to just add another location for players to go to," Carrie explained. "Players can jump into this content at any point after completing Monarch Critical Path and before the Point of No Return Save at the end of the game. Once they have the DLC installed and they've hit one of those gates, once they travel to a new location they will get an inciting incident that kicks off the content for the DLC. At that point, players can jump back and forth between the DLC content and base game content. It all syncs together perfectly."

The Outer Worlds: Peril on Gorgon is set to release later this year on September 9, 2020 for PS4, Xbox One and PC. There will be a Nintendo Switch version coming, but there is no set date as of yet.