MMORPG: As another offering within the Summoner's War IP, was the idea to offer a new gameplay style for fans of the franchise, or was that only a positive side effect to making an MMO?

Eunjae Lee, Executive Producer: For Summoners War: Chronicles, we basically prioritized making a fun MMO game. After all, if the game isn’t fun, it doesn’t matter how big the IP is. It won’t have as much of an impact.

However, the fun of the original Summoners War game mostly comes from collecting monsters, so from early in the game’s development, we brainstormed several ways of adding that same feeling of enjoyment to an MMO game where users are in control of a player character.

So to answer your question, yes, we considered both of those angles and can safely say we’ve achieved some success in that regard.

MMORPG: Is the meta-with regards to tiers for desirable summons-different for Chronicles? If so, is this an intentional choice?

Lee: Just like the original Summoners War, Chronicles also has top tier monsters with better overall stats and abilities. If every tier was viable, then there might be less fun in collecting and raising monsters in general.

Even so, if you’ve played Summoners War, you’ll know that even lower tiers play a great role in the game and are used frequently, and this is no different in Chronicles. How you raise your monsters is extremely important. Of course, it’ll be difficult to climb the ranks with low tier monsters, but it’ll never be enough to take away your overall enjoyment of the game. 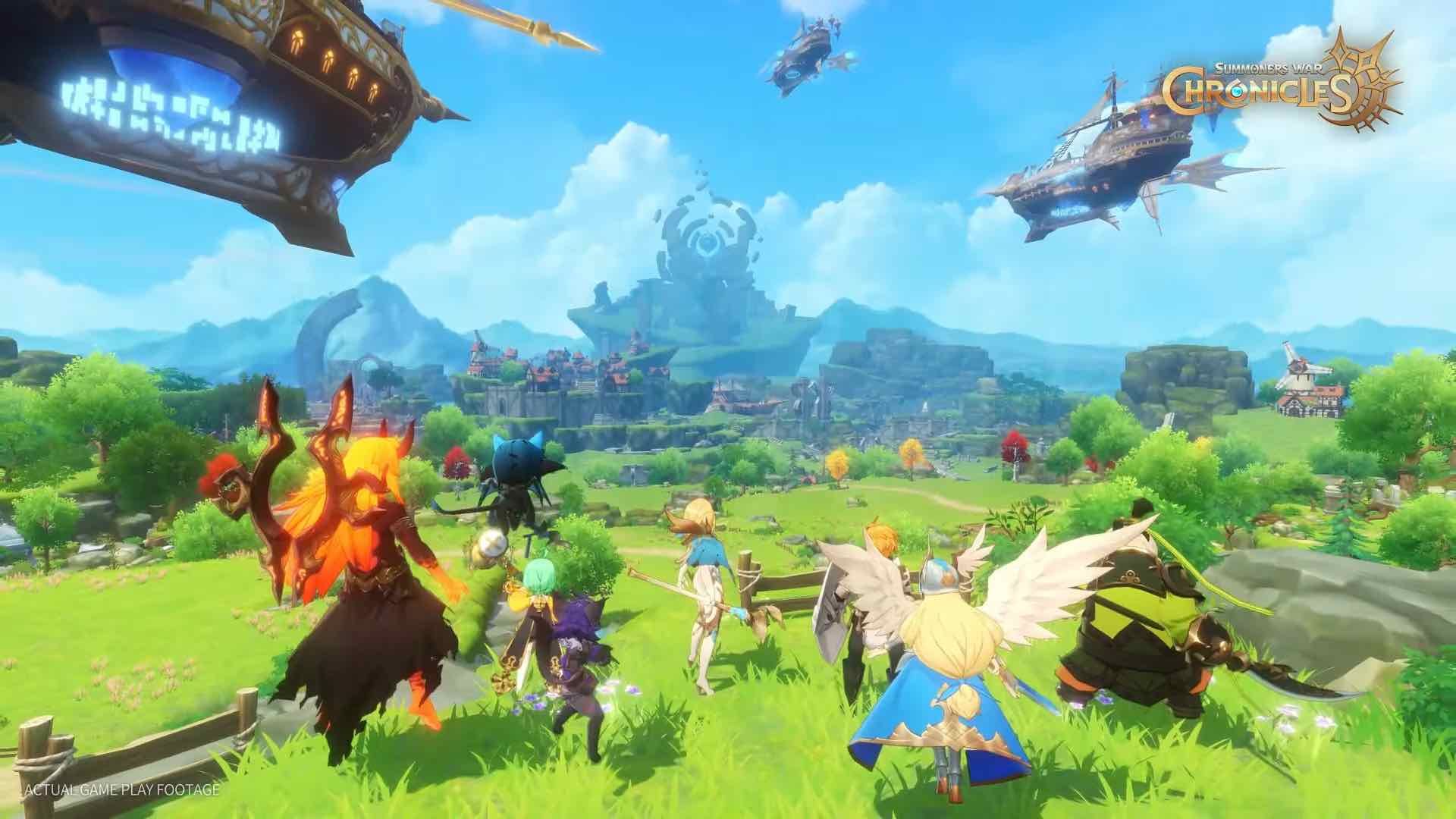 MMORPG: What particular aspects are you hoping to use to draw in new players to the franchise?

Lee: The main draw of Summoners War is its large selection of monsters as well as its free-formed progression system with no one real way to play. While most gacha games offer a limited number of strategies due to their smaller character rosters, Summoners War allows users to development a slew of different strategies with its myriad of character options. I believe this aspect is what ultimately makes Summoners War fun.

Although Chronicles features real-time combat, it contains the same fundamental principles as the original Summoners War. Users will be able to raise hundreds of different monsters and create the perfect teams while also making their player character stronger.

In other words, you have your player character and a clear synergy with hundreds of different monsters. I’d say that only a game like Chronicles can provide that.

Each monster comes with its own unique qualities and abilities, which allow for more effective battles. Even in the direst of situations, the right combination of monsters can help turn the tide in battle.

Both the player character and monsters serve important roles in the game, and the fact that they blend well is what sets Chronicles apart from many other games.

MMORPG: I've noticed you have a lot of monetization options available, with no pricing yet-will all of these be subject to real money or will some be in able to be purchased with game currencies?

Lee: Items in the Shop can be purchased using real money, and there are also items that can be bought using in-game currency. Most of the items help make the game easier for users in terms of convenience and growth.

Basically, the game is structured in a way where users can earn gear to grow stronger just by playing. Unlike other MMORPGs, we’ve opened many routes within the game where players can earn what they need to purchase items in the Shop.

MMORPG: Are there any plans to jump in on the crypto trend for mobile games?

MMORPG: What zones were your favorite to design?

Lee: The icy continent of Flurence was a personal favorite of mine. The early continents were designed even before Summoners War: Chronicles itself was even finalized, so they went through many revisions. I’d argue that the fourth continent, Flurence, was the most well-designed since it didn’t need to go through any sort of trial and error. 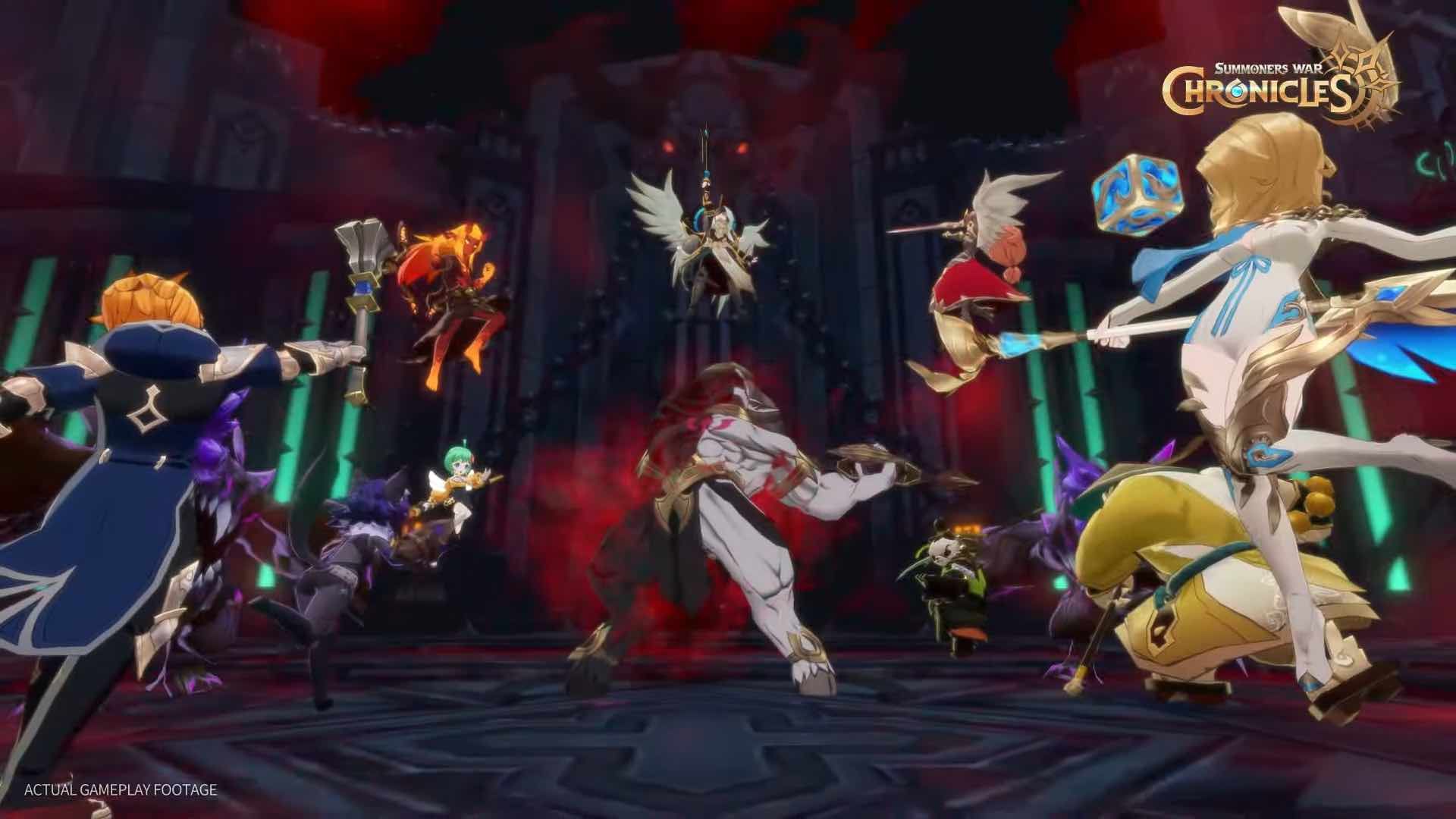 MMORPG: Which story is your favorite?

Lee: There are many side stories in the game, but since the main story holds the most weight, I think it’ll be more fun for users if they can figure out the reason for setting off on this adventure. Also, I hope everyone enjoys the individual stories of the monsters themselves. We also worked hard to tell these stories using cel animation and in-game cutscenes.

MMORPG: Are you planning anything special for launch?

Lee: As the game’s creators, we’re also long-time players of Summoners War. In addition, many users have given us feedback in the Korean market, so we combined everything we’ve learned in order to smoothen the gameplay experience for North America. Korean users typically enjoy faster-paced battles and harder difficulties, so we made sure to take another overall look at Chronicles as well as its difficulty. We believe we’ve adjusted the game enough so that the North American audience could enjoy the game as well.

MMORPG: Will there be cross-promotional offers via your other Summoner's War games, as has been common in the past?

MMORPG: Is there anything else you'd like to add or mention that I haven't asked about?

Lee: We hope that users end up enjoying the game for a long time.