Shadow Arena, Pearl Abyss' battle royale game inspired and derived from their popular MMORPG Black Desert has been on the market for a while now. We gave our impressions the game when it released into Early Access, and while we enjoyed what it was trying to do, the cost of the experience felt a little high priced for an unfinished product. The team at Pearl Abyss has been hard at work improving the experience and adding onto it, such as the recently released Lahn class, as well as its recent announcement of adding a battle pass to the battle royale.

With Covid-19 wrecking the plans of almost every developer - rather, every industry for that matter - this year, it's been interesting to see how teams cope with the stress brought on by the pandemic. We had the chance to check-in with Executive Producer Kwangsam Kim to chat a bit about Shadow Arena. Additionally, we are honored to be hosting the English translation of an interview conducted by German MMO site Mein MMO, which we will detail below.

MMORPG: With the release of the Lahn hero, how has the reception been? I know personally she is my favorite class in Black Desert, but curious to see how the reception for Lahn, and other heroes has been since the EA launch.

Kwangsam Kim, Executive Producer: Lahn has quite a different style from other heroes, so we initially approached her balancing conservatively. As a result, few players used Lahn as their primary hero for ranked games because she was one of the weaker heroes.

After closely monitoring Lahn for the last few weeks, we took a close look at her unique skills. Lahn is an aerial fighter, who flies around in three dimensional space and “yanks” enemies to her. With our data in hand, we can confirm that these abilities are not disrupting the flow or the balance of the game, we’re ready to build upon them. Now we can make her a little bit stronger, so players who may not have enjoyed her combat before should give her another shot (they will be pleasantly surprised!). 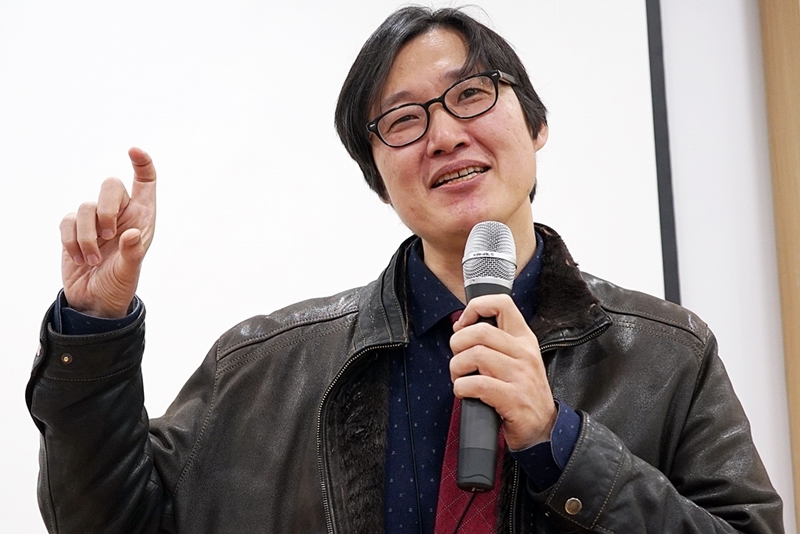 Before Lahn, we released the warrior Tagal Sherekhan. For anyone who’s familiar with Black Desert, the Sherekhan clan is one of the most important aspects of Drieghan. His playstyle is simple but powerful, and so he is a favorite for top players who enjoy melee combat

Gorgath is our latest addition, and while he’s a bit tough to  explain, I am sure that many players will find him very interesting. His playstyle is very different from existing heroes. We’re excited to see how players work with and around his unique skill set!

Are there any plans to launch new heroes soon, or are you happy with where the roster is right now?

As you can see from the release of Tagal, Lahn, Gorgath, we launch new heroes about every 3 weeks. Our plan is to keep this pace - so by the end of the year, we should have around 20 heroes!

I am not sure how many heroes we will have eventually. We have no plans to stop this cadence, and are excited to see how many heroes we can create - our plan is simply to keep adding, while also ensuring that our existing heroes remain fun and balanced with every addition.

COVID-19 has obviously caused a major shift in how games are developed in the industry today. How has your team coped with the current global situation and what takeaways do you have from adjusting your development to deal with this? Has Covid made your jobs easier, harder? Is there anything you can see your team doing differently in the future having gone through this?

Our Shadow Arena development team is in Korea, and fortunately for the most part,  the COVID-19 situation is under control there.  So there really hasn’t been any critical damage to the development process overseas.

That’s not  to say COVID is not an issue for us. There are always risks and we have adopted as many measures as we can to ensure the safety of our team. For example, every member of the team is wearing a mask during the entire work day, and is required to have regular temperature checks at least twice a day. The office is disinfected frequently, among other countermeasures. We value our employees and their well-being, so we want to take every step possible to ensure their safety.

Balancing – can you speak a bit on the current ongoing balancing the team is doing, how your team balances when a new hero is introduced?

This is a more complicated question than at first glance. For example, on game design we have 3 teams that work on heroes: Two develop heroes and one team playing them constantly. Each team works independently but collaboratively, giving and taking feedback for balancing. The whole process usually takes up to 6 weeks - and with a revolving development cycle, this is how  we launch a hero every 3 weeks.

Since Shadow Arena is so closely tied to its Black Desert roots, I’m curious as to whether or not there are influences between the two even today, especially as it pertains to tweaking and adjusting the combat mechanics in one. Does development on Shadow Arena help Black Desert and vice versa, or are they wholly separate development teams with no real back and forth or influence on each other’s work?

Short answer: yes. Shadow Arena uses the same proprietary engine as Black Desert. However, there are numerous balancing and tweaks needed to ensure that Shadow Arena provides  a fun battle royale experience while maintaining the “feel,” of Black Desert.

Although Shadow Arena uses the same proprietary engine as Black Desert, we have developed a different game that is sure to provide a fun battle royale experience for fans of our popular MMORPG.

For example, the battle system of Shadow Arena is entirely different from that of Black Desert, and the structure of a battle royale game is distinctive - meaning network coding is much more important in Shadow Arena!

However, Shadow Arena is still a similar game, and the technology and source codes are shared within Pearl Abyss. The development teams of both games are very close to each other physically and help each other in many ways. The overall idea is that fans of Black Desert will definitely feel at home playing Shadow Arena.

What would you say to those who tried Shadow Arena when it first released in Early Access, and fell away after a few rounds or days, to get them back into the Battle Royale?

As an Early Access title, Shadow Arena is evolving relentlessly. If anything feels uncomfortable, it will change. We’re constantly looking for and listening to player feedback - our goal is to make sure Shadow Arena is a new, fun experience for as many people as possible!

If it doesn’t feel fun, we’ll make it fun. We’re not going to stop making improvements until we, and our players, are satisfied. This should be obvious to any longtime Shadow Arena players - the game has grown, evolved and changed massively since launch and we plan to continue evolving the experience.

Are there any plans to add new game modes or ways to play Shadow Arena in the near future?

Recently, we added the 1:1 Arena and Ancient Weapon battle modes, and we are working on developing some other modes as well. I’m excited because players will get to see both the humorous and serious sides of the game through new modes, so keep playing to see what we’re working on.

Does the team plan on running any special in-game events to draw users in, like we see with other Battle Royales/Arenas (i.e. seasonal events like Fortnite runs or competitive events like PUBG)

Of course! Can’t say too much now, but they  will be announced soon.

As mentioned, we've been asked to host the English translation of an interview conducted by Mein MMO. We've posted the translated interview on page 2 for those looking for even more Shadow Arena information.