Last week we released part one of our interview with Saga of Lucimia’s Creative Director, Tim Anderson. We spoke about building MMOs as a small studio, crunch, studio transparency and more. You can check out Part 1 here.

Like any artistic venture, there is usually an inspiration. Whether it’s an event in your life, a landscape that strikes you with its beauty or a song that gets you thinking, there usually is that inspiration to create. For me, I love writing because I’ve been inspired by some of the great writers of our time, most notably J.R.R. Tolkien. For Tim Anderson, creative director on Saga of Lucimia, the inspiration for the MMORPG comes from humble roots.

Over the years, Tim tells me, Saga of Lucimia simply grew. In fact, in Tim’s mind, the root of the MMORPG industry was tabletop gaming - and it makes sense. MMORPGs, are at their core, shared experiences with a group of friends campaigning and questing in a game world. So for Saga to morph from a tabletop campaign is perfectly in keeping with the genre itself. 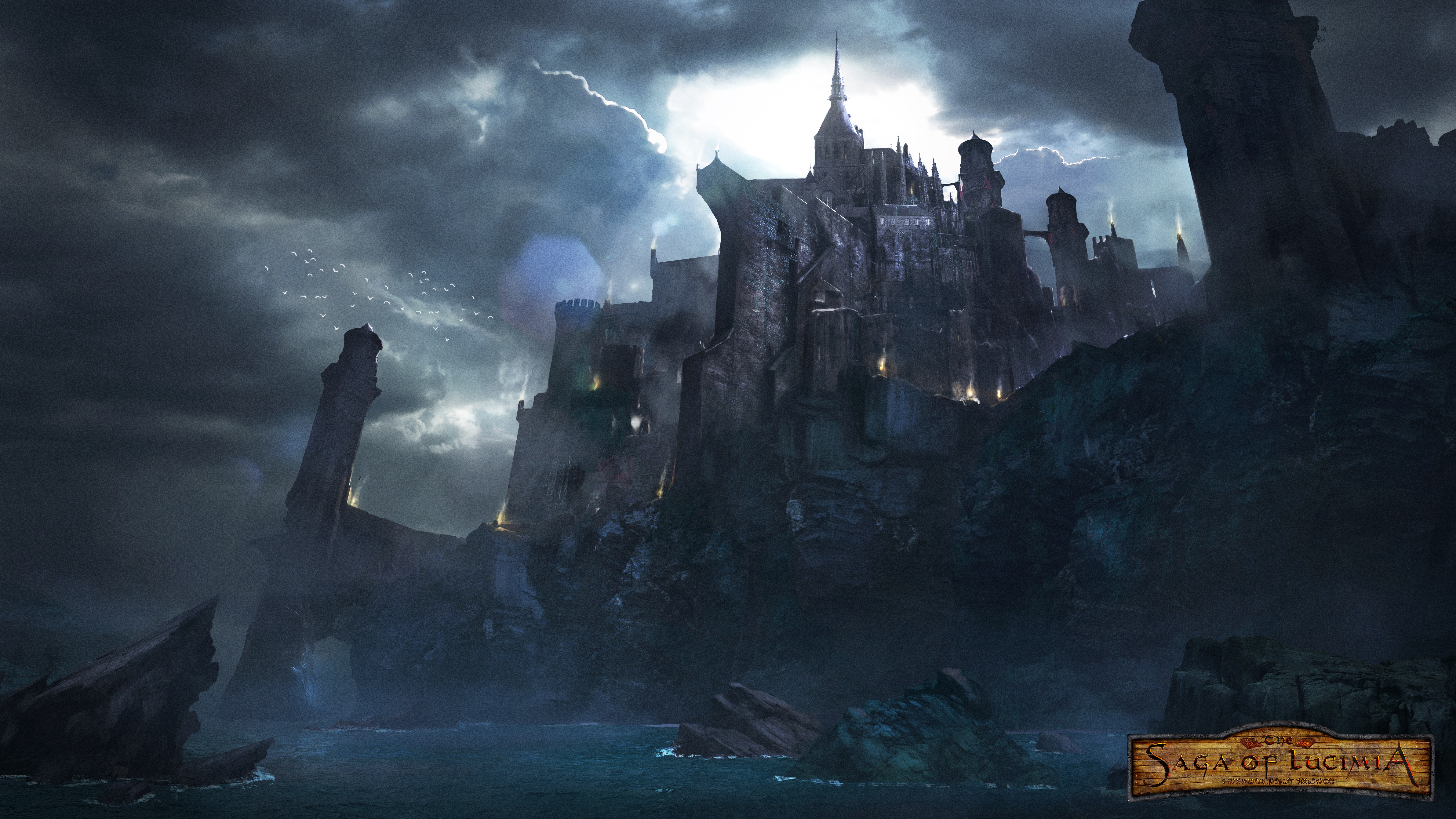 These roots - the core interactions between you and the other players sitting at the table next to you aren’t just seeped into the game’s setting, but rather help inform some of the mechanics Tim and his team are implementing with Saga of Lucimia.

Many of the gaming influences for Saga are from MMOs of yesteryear - EverQuest, Star Wars Galaxies and more. These old school MMOs put a priority on the social aspect of the genre, unlike many MMOs today where you can solo pretty much all of the content to a degree. This tabletop mentality - you’re not just sitting at a table by yourself, as well as the gaming roots makes it a no brainer that in Saga of Lucimia groups are paramount to your success.

“When you go to play D&D with your friends, it’s very rarely - if ever - one person sitting across [the table] from the DM. It’s usually three, four or five, six people - and you get together on a Friday or Saturday night and you sit down for three to six hours and have a tabletop session, right? And that’s been going on for forty years. [...] Now, as a long-term gamer, obviously we’re pulling inspiration from many sources. And for us, I think our primary source is definitely EverQuest.”

It’s those roots in EverQuest and tabletop that make grouping such a large part of Saga.

“We’re heavily drawn from EverQuest in the sense that the game is designed where there are lots of things you can do by yourself when you only have thirty minutes to play, or you’re waiting for your friends or looking for a pick-up group or whatever. Especially if you’re within the safety of town. But once you start wanting to go thirty minutes out, forty-five minutes out, you know what I mean? You’re going to need three of four people with you to take on a bandit camp that’s back there at the other side of the zone. And then if you want to go into that dungeon you’re going to need a full group.”

Tim broke it down for us, essentially stating that, in his estimation, about 15% of the game is soloable, 15% of the game is for raids, but the majority - 70% of the content is meant for groups two to eight players. This doesn’t mean you’ll need a full eight person group, but the grouping number was meant to ensure that every role could be filled and no one would be left behind. As most MMORPGs are limited to four, five or six person groups, this large group number immediately feels refreshing. 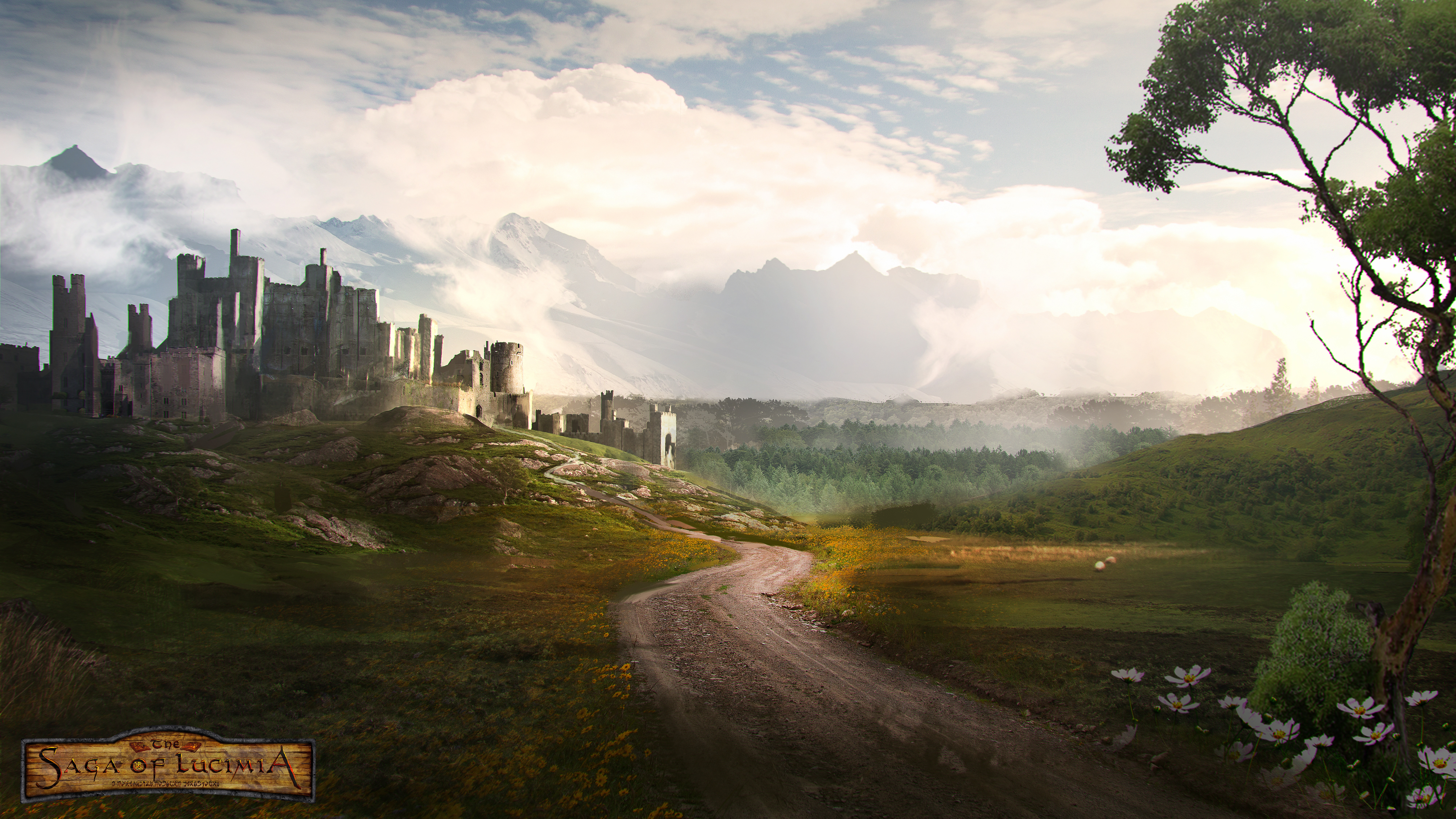 “The dungeons are being designed with five to six people in mind. But we want that eight man group so that you bring the friend who’s never played before, or you can bring the utility class that doesn’t do a lot of DPS, or you can bring two crafters who don’t do any DPS - they’re just there to repair your gear, to make food for the party, to repair broken doors [and] get you past any traps that you can’t get past if you don’t have a crafter in your group.”

In today’s MMO climate, creating a game that essentially will require grouping can be considered by some to be “hardcore.” However, it’s nothing new with gaming, something Tim touched on in our discussion.

“[W]e’ve always said our game is a group-based game. And I always use that tabletop argument of getting together with six of your friends and sit down for three to six hours. And people are always like, ‘That’s just hardcore.’ No, it’s really not. Because you certainly don’t say it’s hardcore when you’re sitting down to play Monopoly, or a card game, or poker or something. But the moment you talk about an MMORPG, suddenly it’s hardcore. I don’t buy that.”

EverQuest isn’t the only popular MMORPG the team is pulling inspiration from. The Lord of the Rings Online is another source where the Saga of Lucimia team can draw some inspiration - particularly how the Middle-earth set MMORPG handles its story quests.

“Even though our primary social inspiration is EverQuest, the way we’re doing the main quest lines of the game was 100% inspired by the way they did the volume/book/chapter quests and more in The Lord of the Rings Online. I love that format because they had an existing book and then they converted that and I went, ‘You know, the way they did that actually works very well for the main storyline of the game.”

Tim also mentions how the great stories can often reflect the type of content in a game like Saga of Lucimia. Using The Lord of the Rings as an example, the way the characters accomplished their goal oftentimes is reflected directly in the type of content you can see yourself playing in any MMO, really.

“I’ve actually got a blog post that I wrote years ago, I think it’s called “What defines Epic?” And I referenced The Lord of the Rings heavily because if you look at the overall scope of what’s going on in The Lord of the Rings, there’s some solo content. Gandalf goes off to Minas Tirith by himself and does research and he runs around and rides around and does stuff here and there.

"There’s some duo content, like Merry and Pippin off doing something, or Legolas, Gimli and Aragorn doing some stuff. So there is duo and trio stuff. And then there’s the Mines of Moria which is full group content. You know, probably even a small raid - they’re all nine people going off and doing this big battle against a raid boss. So there’s elements of solo play, there’s elements of duo and trio content, then there’s stuff like Moria, stuff like the battle of Helm’s Deep where the heroes can’t complete it on their own. So what do they have to do? They get together with other heroes and they have this big epic battle that is a raid type scenario.

Saga of Lucimia isn’t going anywhere. As the team looks ahead to its Alpha Stage Three next month, as well as its tentative release set in 2021, the team has its sights set on other worlds to conquer in gaming. Tim has a book on Amazon right now that takes place in the Saga universe, and the team as a whole has grander plans for the property other than just the MMORPG.

“We would like to expand and create expansions and other games and all this other stuff. We’ve already published the novel, I’ve got the tabletop in the works, a second volume is being worked on right now, [I’m] probably about a quarter of the way through volume two in terms of the draft. This is something for us [where] we’re far more interested in building an IP than just an MMORPG.”

As such, Tim tells me he has more in the works other than just the game. The team is using the model established by Wizards of the Coast and TSR and looking at how they created their Forgotten Realms and Dragonlance universes, respectively. As a result, Stormhaven is working with authors to write other novels set in the Saga universe, and creators who specialize in tabletop games to create compelling campaigns and games outside the MMORPG.

“So even though the RPG is our flagship, we’ve got other things that we’re working on as well.”