At PAX East, I had the opportunity to meet and interview Jaehee Kim, Executive Producer of Black Desert Online. This was one of the most enjoyable interviews I’ve ever done. I want to give a big thank you to the Pearl Abyss team for this opportunity, and I hope you all enjoy reading it as much as I did conducting it!

Anthony, MMORPG.com: Hello! This is Anthony Lowry, and I am here with the Executive Producer of Black Desert Online, Jaehee Kim. How are you doing today?

A: This is my first PAX as well, and it’s been really fun, and I’ve got to meet all kinds of amazing people, including you guys!

Jaehee: Coming here we’ve met not only our Black Desert players, but also so many different types of gamers during the convention, so I could feel the dedication and the love they have towards the game.

A: So, I want to jump into the Mountain of Eternal Winter update. We have a whole new region, and a whole new class, Drakania. When you’re releasing a new class and, at least from my perspective, designing it around a region, were you happy with how the class turned out from a design standpoint?

J: With the Mountain of Eternal Winter update, we tried to enhance our storytelling part of our game, especially through the cutscenes. We added a new system that shows cutscene stories a little bit better than we did previously, which I felt like was a little bit lackluster on our part, in terms of lore telling and storytelling, and for this mountain of eternal winter update, this was our first time actually implementing this new system, so although there were little minor issues, we definitely felt like there is a potential in our future like this or in terms of storytelling, by using this system and the tool that we created. 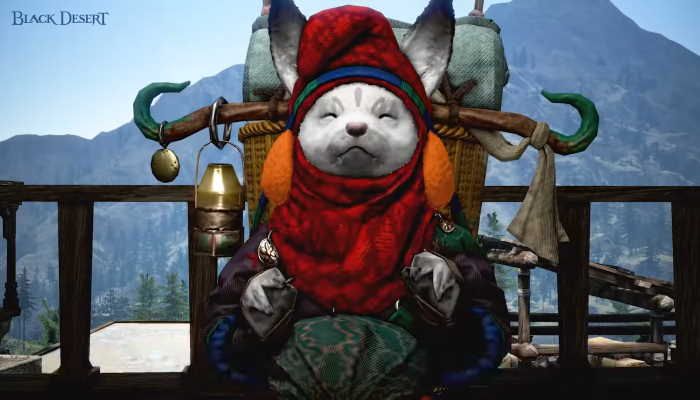 A: I want to talk a little bit more about Drakania, the class. When you’re developing a new character, when is the decision made to theme the character with the content that you’re coming out with? (For example: Hashashin being very desert themed)

A: Have you had similar interconnecting themes like this in the past?

J: Previously, I think in terms of storytelling and loretelling, it was more involved around the overall Black Desert world. It was never about focusing on single character classes. Drakania was a little bit more focused on storytelling, and I think in the future as we lay out the storytelling, scenarios like Drakania might increase. We already have some kind of connection between the classes and characters, such as Musa and Maehwa, Striker and Mystic, and Ranger and Dark Knight, and Ninja and Kunoichi, all have their own little stories out there intertwined together.

A: So, along with these major updates, there have also been changes as recently as this past week to make a lot of the more complicated or convoluted  mechanics easier to understand, especially for newer players. The one example that I remember seeing was Ancient Spirit Dust. The description was made easier so that players can understand how to convert them to caphras stones. Are there any more tension point that you feel might be harder for new players to understand?

J: So, it’s not like we have a time to think about these kind of improvements that could be made. We constantly think about it every day, every month, every year. Whenever we make any kind of content, we think about how we could benefit players. For example, we changed or revamped the whole enhancement system, to make it easier for the new players.

Continuing on, it’s not just the enhancement system, we also change a lot of our UIs to make it more intuitive. As you mentioned, some of the changes in item descriptions recently. The revamped storyline was also designed in a way so that it will be easier for new players to follow up all throughout the questline and easily get up to Black Desert gameplay. The game has been a service for quite a while now. There’s obviously players who have been playing our game for a long time, as well as newer players. Our objective is to have these new players stay and enjoy our game for as long as possible. That’s why we implemented content like seasons and season exclusive equipment. I think it’s within our innate passive future to always consider what’s the best experience we can provide for players. I also wanted to emphasize that the Mountain of Eternal Winter update can be enjoyed from level one. Right from the start. Most online games, whenever new regions are released, are mostly end content. We wanted to break the barrier here and just make it available so our players can enjoy our new region content. 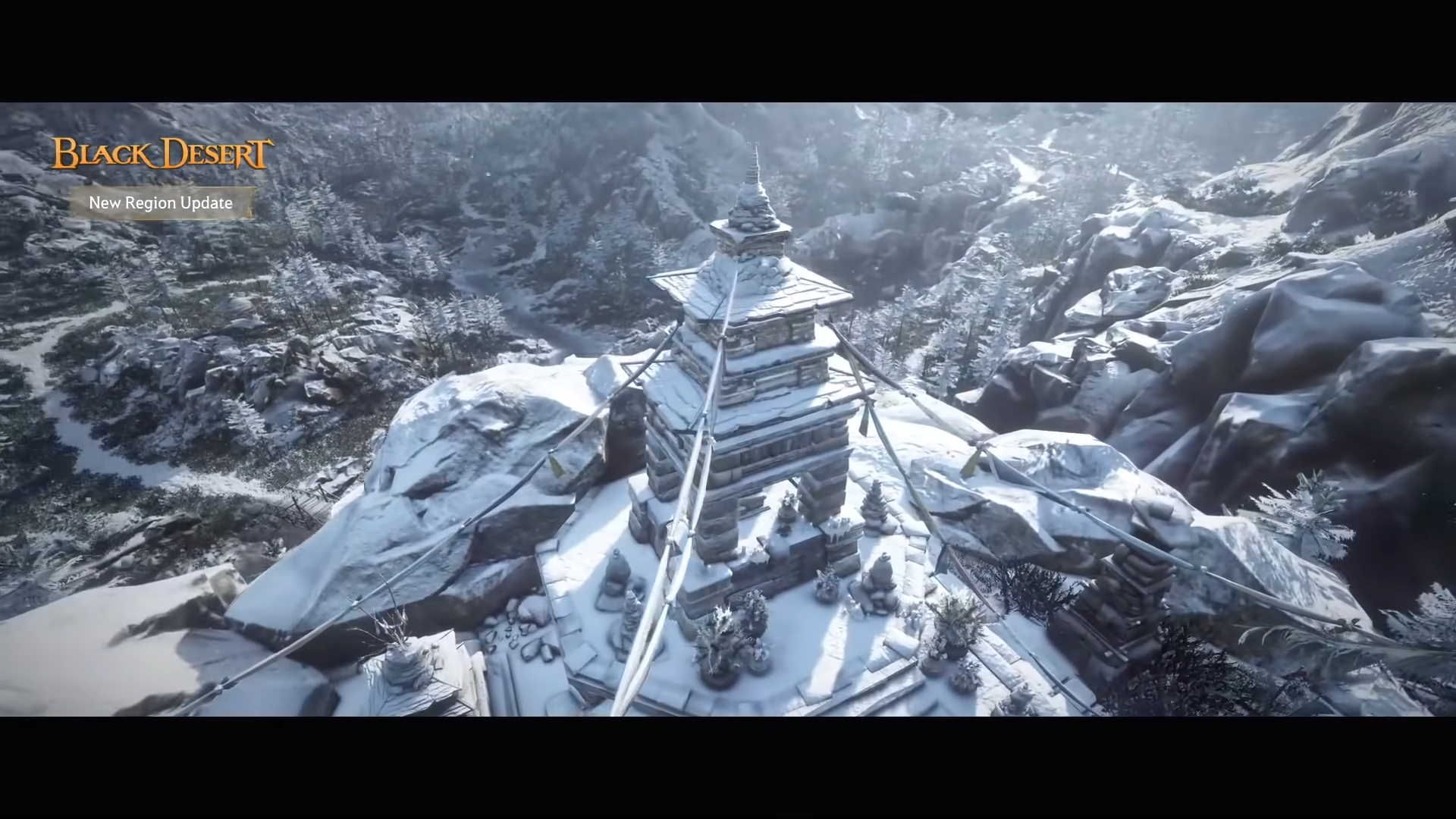 A: Talking about seasons, I know from personal experience, I returned to the game when seasons were introduced, and it helped so much in not only getting reacquainted with the game, but just being able to enjoy things at a comfortable level and pace. As you said, seasons provide a great experience for new players, and incentives are good for veteran players. How has your design philosophy changed with seasons now being a core part of the game?

J: When we first designed the season server, we had a lot of debates internally, and a lot of thought process behind it. Usually in other games, when you think about seasons, you start from zero. It’s starting all over without anything. We wanted to design it in a way so that the users’ progression has been kept and that their playing experience up to this point has not been wasted. At the same time, we wanted new players to be able to enjoy the game together with the existing players in harmony. Every season, we try to make it more intuitive, and will make improvements season after season. Implementing the season has indeed changed the way we design and plan new content. We saw that a lot of players are able to progress their gear and the speed at which they obtain gear has been increased dramatically compared to before. So we have to think in parallel to the speed that users are obtaining gear. We are definitely busy, more busy compared to before. We want to keep being able to provide good experiences to users where they can keep up with the best pace the game plays. I don’t think we are in a stale situation as a company, and we are adapting to the best pace of the overall gameplay environment as well.

A: One of those adaptations has been the introduction of Elvia (Hadum). It was great for me personally because I can just grind without leaving Heidel! The challenging thing about these new areas were the introduction of mechanics during the grind. What all goes into the design of different mechanics in different areas, making them into something interesting and fun?

J: You’ve spent a lot of time on our game actually!

J: So it’s not like one person thinks about all of these mechanics that goes into grind spots. We collect feedback from all different teams, not just from the program team or the design team, but maybe even the art team. ‘Maybe this spot is a little stale, I think we could add something special effects or gimmicks into it.’ Our purpose as a company, this kind of working environment is very natural work, which we take a collective feedback from all different teams and different areas within the company. So eventually we collect all these ideas and whoever's working on this but take all these collective feedbacks or ideas and if we put that up, the output is what you see in Elvia region right now.

I think ever since we designed the Attraxion dungeon, we started actively utilizing mechanics on grind spots. The program team and our team all did a really good job designing them. We’ve also been compiling our knowledge and our know-hows towards more mechanics and it’s been improving. Eventually, when we release the Calpheon Elvia region in the future. I think you’ll be able to experience improvements even more in terms of mechanics.

A: Lastly, you’ve been publishing the game in the NA/EU region for a little over a year now, and from a personal player experience, the transition was pretty smooth. It’s as if nothing happened, which is great! Are there any challenges you face now from that transition a year ago that are either new or still persisting?

J: We’ve had a lot of experiences in terms of transferring services, starting from Russia, Japan, Korean, and now, NA/EU. Whenever we do these takeovers to make service transfers, it’s difficult. It’s a lot of work. But I feel like we have a lot of know-hows at this point, from all the experiences we’ve had before. I’m not sure, but I personally think that maybe Pearl Abyss might have the most experience in the world in terms of transferring services. So our objective, when we’re transferring services, is so that players wouldn’t feel discrepancy or disruption in their gameplay from the previous service to the new service. We also feel like in the past year, since we took over publishing. We’ve gained experience as a new service team. I think now is the time where we can try different, new stuff that we weren’t able to do before. Such as the Voice of Adventures, the offline event that we had [yesterday]. We want to be able to meet our players online, and do more person to person interactions with users. We want to try different, new things we haven’t tried before. If there's a [customer service] ticket, or someone has questions about the game, instead of just sending a reply through online or mail, we can visit them in the actual game, talk with them, and try to resolve their problems. So like I said, I feel like last year was a time where we tried to stabilize our service, but now is the time to upgrade our service.

A: I appreciate all of your time! For those that are reading this later on, do you have any words for the players?

J: I feel like this is always one of the most difficult questions during the interview!

Up until this point, we’ve one a lot of events, such as the Heidel Ball or the Calpheon Ball, and now the Voice of Adventure, which we plan to hold more in the future. I just want to keep listening to your voices!. I want to hear what you have to say. There’s big difference between knowing what adventurers are saying about the development of our game, and not understanding, not hearing them. It was a really good experience meeting all the users on VOA yesterday, an with this great experience, I hope to make a better game!