"Other in-game concerts on other platforms are one-offs."

I had asked EDM sensation deadmau5 why he chose Core as his platform for building a new digital world, and this was his first response.

"The show happens, people talk about it for a few months, and then it goes away."

He's right...and he also wants to change that.

We've talked about Core, the do-it-yourself game making platform, before here on MMORPG. Back in April we got a full tour of what Core creators had been making so far, including a brief demo of how a working game can be built in four minutes flat. Since then Core has seen some incredible growth, attracting some big names both in and out of the gaming scene.

Enter deadmau5, EDM icon and--as it turns out--a game development enthusiast. His new creation is Oberhasli, a fully realized world themed around the man and his music that includes minigames, portals to other deadmau5-themed worlds created by fans, and a full-blown concert experience. We got the chance to check out the concert and Oberhasli earlier this week, and never before have I raved so hard inside my own house.

Before you read this preview, watch the trailer, and check out the screenshots, remember one thing: everything shown was built inside Core using its tools and pre-existing assets. No outside engines or tools were used.

Oberhasli itself is a fantastic hub, appealing to the eye with tons of blinking lights and bumping music. There are a few different areas players will be able to check out, and I got a small taste of all of them. The Arcade hosts three small minigames you can play with friends: Hop Till You Drop, mau5 hau5, and Balloon Royale. There are some pretty clear inspirations for these games, but each of them is a blast to play with as many people as possible. Hyper Landia is the most straightforward area in Oberhasli: just approach the kiosk, press a button, and hear a sneak peek of a brand new deadmau5 song.

The largest area is Oth3r Worlds, three towers stretching to the sky that hold portals to other deadmau5-themed worlds. These worlds were winners of a recent game jam inside Core, with the top prize being this featured spot in Oberhasli. The one world we got to tour was Abandoned Stages, a post-apocalyptic looking area littered with stage equipment and overgrown grass. According to the Core team the entire world was made in seven days by an 18-year-old high school grad with no experience in either game making or 3D modeling. It's...very impressive, especially with that context.

Finally is the concert hall, where the meat of this demo lived. I was fortunate enough to see the entire concert, traveling through its different worlds and interacting with them while deadmau5 stood in his cube and regaled me with his music. This concert is fantastic, right up there with the Travis Scott and Ariana Grande experiences in Fortnite, with flashy worlds and awesome music. The giant mech you see flying around in the trailer is a major part of the show, and trust me: you'll know when he shows up. 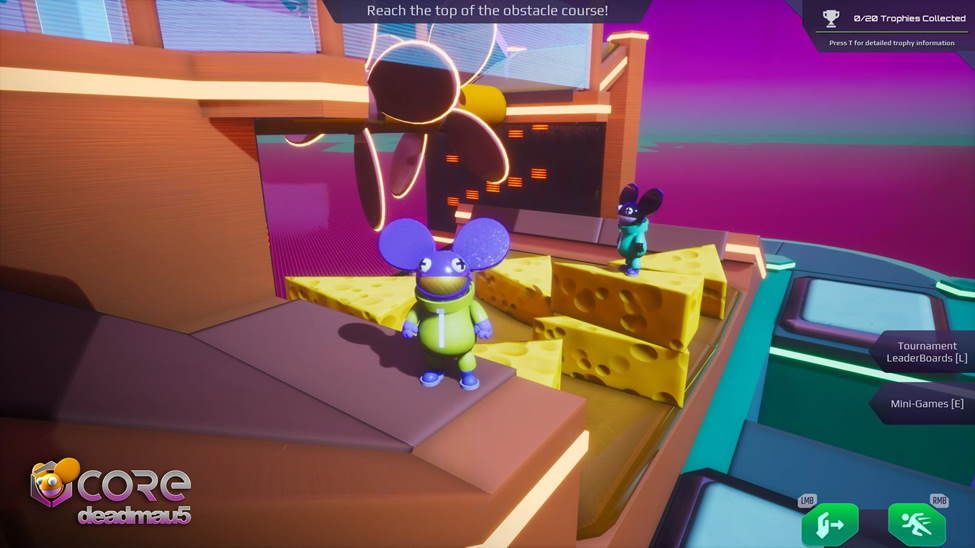 After my demo I got a chance to talk with deadmau5 himself about Oberhasli, and it turns out this is an idea he's been toying with for a while now. "I had been working on his own version of this outside of Core for about a year or two before reaching out to Core," deadmau5 said while we bounced around mau5 hau5 together.

"I did produce and create, single handedly, a full real-time Unreal Engine environment where I could perform, broadcast video, stuff like that," he continued, "but I had to screen capture it and broadcast it like a Twitch stream. I thought 'crap, this should be a client' and then I realized the client is the five-year job, not the 3D modeling and making everything look good."

So how was Core able to get involved? According to deadmau5, bringing the platform in through its developer Manticore Games was surprisingly easy. "For Core it was more lending them the brand, giving them the style guidelines and aesthetics for the mouse head, stuff like that" he explained. "After that I let their creators just go nuts, I said "do what you guys do best" because I like to stay in my own lane."

He would check in from time to time for progress, but ultimately he decided to let the creators create. "I just handed the reins over to the creators at Core--and not just the employees at Manticore but the community members that love their platform." 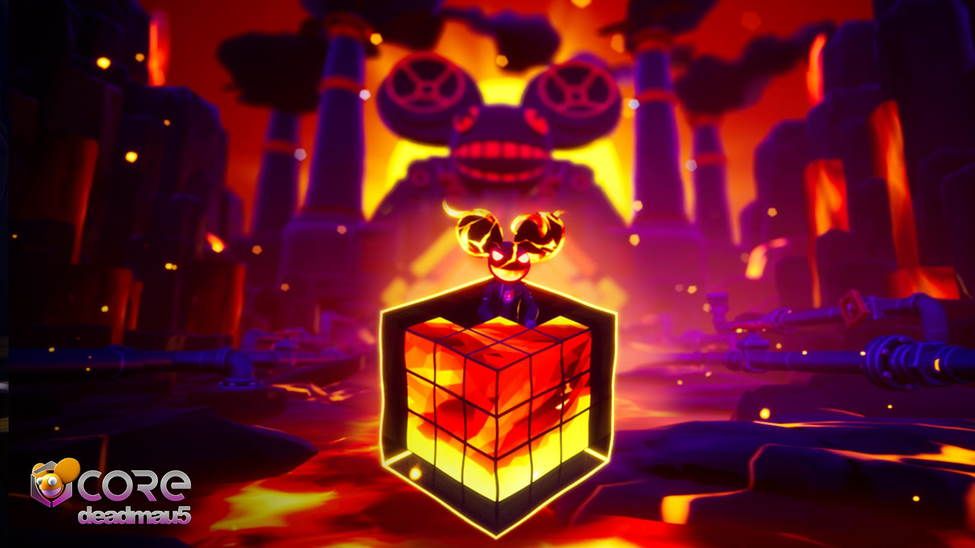 Getting back to the in-game concert topic from the beginning of the piece, deadmau5 explains that he wants his slice of the Metaverse not to be a random limited showing, but something where he can continue to build and create without limits.

"I want to make Oberhasli a mainstay, and because of the Core framework it is inherently modular," he says. "We can add to it and change it however we want, do new things and shift things around."

The dev team also on the demo likens it to a Vegas residency--a recurring and ever-changing piece of media rather than a blink-and-you'll-miss-it experience. I'm inclined to agree, and the idea that deadmau5's Vegas residency is happening completely online is an exciting prospect.

Core is free to download and Oberhasli is free to enter, so go and check out a new and interesting slice of what many now call the Metaverse. The concert itself can be seen Friday, October 15 at 3PM PT, Saturday, October 16 at 11AM PT and 9PM PT, and Sunday, October 17 at 7AM PT and 3PM PT. Say what you will about the Metaverse, but if this is part of that future I think we're off to a great start.