Space Punks just dropped the news that this vibrant online looter shooter is about to plunge into open beta, and on 20 April, players will be able to enter the void and try out Flying Wild Hog’s latest adventure.

This opportunity to try and break the upcoming title will give us all a chance to play with friends, blowing up everything the frontier of alien civilization has to offer as we gun our way through a range of missions to take home as much loot as possible. With a wry smile and a definite nod or two to Borderlands or Wildstar, this is an Open Beta that has our interest.

If you haven’t already picked up a pre-order pack for this free-to-play game or simply haven't heard of it yet, you can check out the trailer below to get an idea of what’s coming in this cartoon dungeon crawler. Thrusting players into the far reaches of outer space, you’ll find there’s gold in that there subspace void. It’s up to a range of outlandish characters to pick up their weapons, fling themselves into the abyss, and see if they can shoot their way to a fortune in this upcoming title from Flying Wild Hog and Jagex.

There is just about enough time to clear some time in your calendar and check out the Open Beta trailer to see what’s in store. We took some of that time to talk to Space Punks Lead Game Designer Bartek Schweiger about the upcoming open beta.

MMORPG: Thanks for taking the time to talk to us today, Space Punks Open Beta is almost here. Are the team excited for what is coming?

Bartek: Yes, we’re super excited. I think everybody in the team is especially excited as the closed beta test went better than we anticipated. We’re looking forward to testing the old and newer stuff on a much larger group of players too. 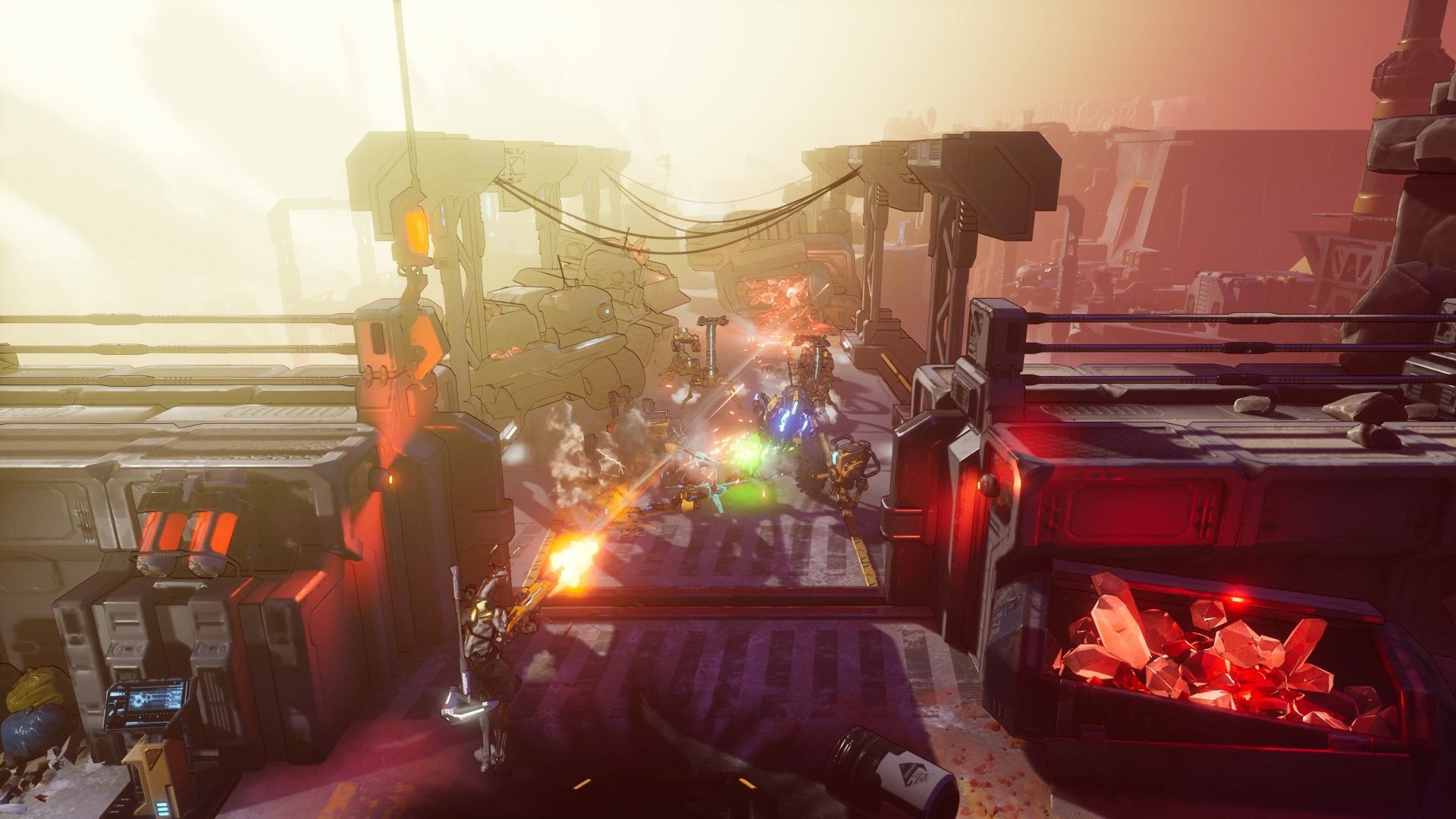 MMORPG: Is this large-scale testing going to be the focus of the next testing round?

Bartek: It will be one of the points, but we also want to do you know and check if our gameplay system is enjoyable. We want to test out if our new crafting systems work as intended, for example, and if the feedback is positive. There are a number of other things we want to get feedback on but scale is one of a few main points.

MMORPG: I suppose that also it gives you an opportunity to get a wide variety of player types into the game. Everybody that has been playing so far has bought into the idea?

Bartek: Yes. I think that is important because we kind of know what our core fan base feel and how they play. These are the people that stick with us through the closed beta. Now it will be broader. The other significant difference is that closed beta was kind of exclusive. You needed to get access via the pack or from an event. People came into that with different expectations than the open beta. Everybody can play.

MMORPG: Are we expecting that flood of players to break the game?

Bartek: I think there is always a possibility that someone will break some things to be frank. We are preparing for that.

MMORPG: We just played a bit of Shadow Warrior 3 today. It’s a very different sort of game to Space Punks. Did Jagex help with this shift in direction?

Bartek: Yes, we were working very closely with Jagex every day on the technical side and on the Living Game side of things because Space Punks is a living game and development is very different to the approach taken with Shadow Warrior.

MMORPG: Did that include the way you tell the story? Shadow Warrior seems quite linear in comparison to  Space Punk’s drop-in, drop-out play style?

Bartek: I think that it is different, but not so different. The biggest challenge for this is to remember that there are story beats you must hit. At the same time, you need to create content and missions that are replayable, so players can enjoy [it] when they play it not only one time, but 15, 16, or 100 times. That was the main challenge for us, to change the mindset from a one-time sort of experience to still a story-driven experience that can be expanded and varied.

I’ll give you an example. You have story missions in Space Punks, but you also get versions of these that are replayable types of this mission. In this case, you might change some elements of it. Alternatively, you might get some missions that introduce a mechanic, and then this will be utilized in other missions that are repayable. The main thing is that those repayable missions are constructed differently so as to better provide that continuous experience to players. 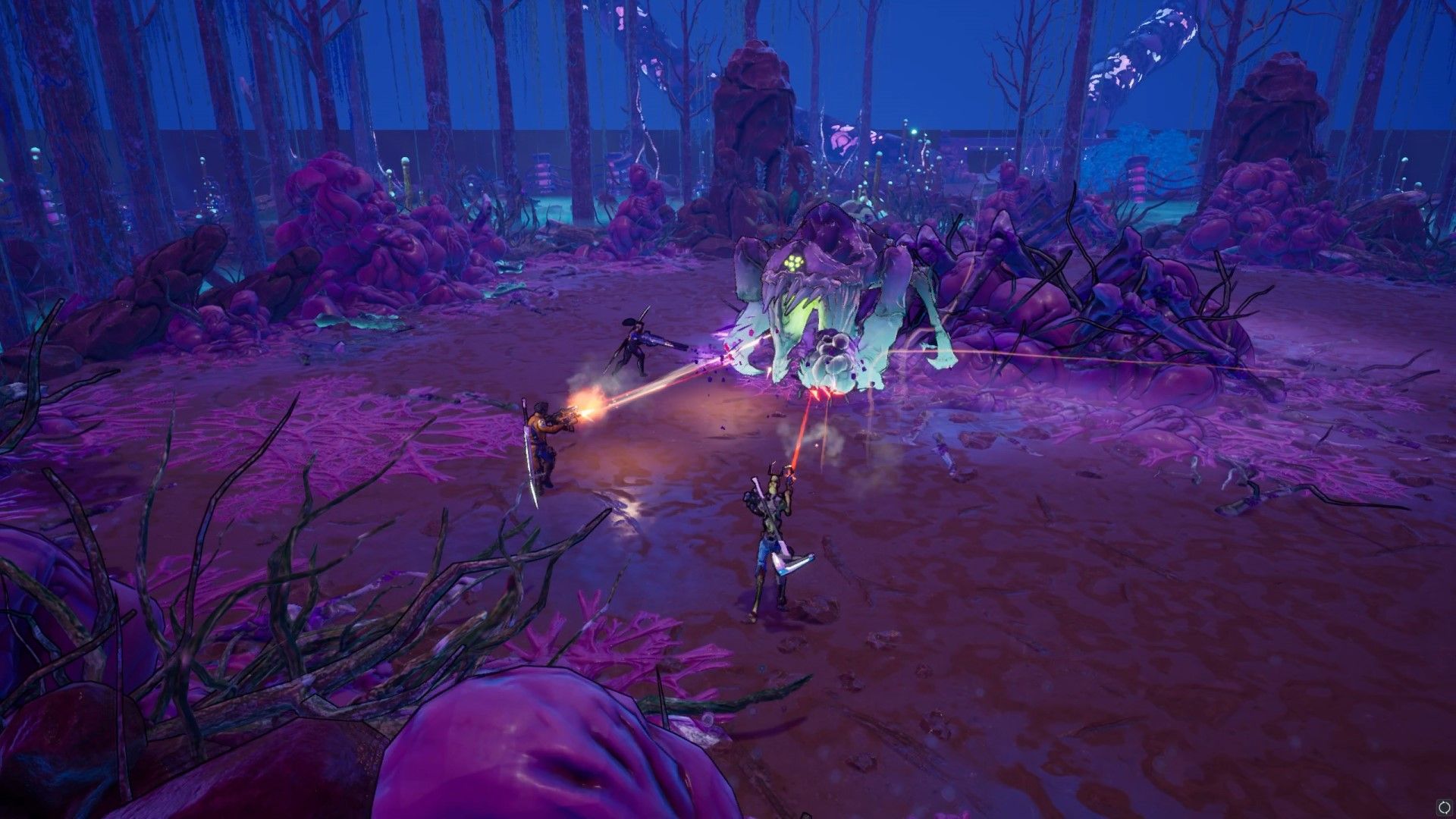 MMORPG: How much more of the game can players expect to see in the open beta?

Bartek: When it comes to closed testing, our last update was related to the story. We gave new story missions to the players. Open beta we'll start with those sorts of missions. Now we want to focus on some systems like, improving crafting, iterating on the mission systems that make content replayable, and so on. You’ll get the same package of missions. For our next update you will get two features that will be story focused, as well as lots of other updates. Most of the core elements of the game are set, but we still want to add some things, but mainly focused on the endgame.  This could, of course, change during the testing but we will have to see.

MMORPG: Open Beta isn’t just a change in the game, it's a massive change to the community. Are you ready for that?

Bartek: I will say that I know that the preparations are being made. Certainly, Jagex might be better to answer that because that is one of the ways they are helping us with things like community management.  We are super excited to see people join the Discord and the things that they do, whether it’s playing the game, fan art, or 3D printing their own characters.

I will say something about the increase in our community that is also great.  We will get so much feedback and data on what works.

MMORPG: Does that help you make decisions on improving the game?

Bartek: Yes, very much. Our analytics team is working with Jagex, who have much more experience on this side of things, and it’s very fruitful. This is one of the most impactful things about the closed beta test. One great example is that from the data gathered we saw that our players are not playing together as much as we hoped. They seemed to be playing solo a lot.

We basically checked what might be the case. After looking at everything we could, we decided to try bringing the party UI forward to make it more prominent. We did it and it increased people playing together two fold. A small change in UI made a massive difference in the experience for the game and we were able to see and address it from data analytics.

This is the kind of thing you get to see in data. You might see too many people are not finishing this mission successfully, so you tweak the difficulty, and it can have an instant change for the people playing the game.

MMORPG: Looking ahead to the launch of the game, why decide on the free to play model with monetization?

Bartek: To support the living game yeah you need you need people to be able to play the game, and consistently choose to give us Monday for our work. This allows us to develop it further and further. That said, we didn’t want to be aggressive with our monetization because we know that player’s don’t enjoy that. We looked at games that have done this successfully, like Warfame and Path of Exile. We took a look at their practices and balanced what we think is fair and what we think will allow us to continue making content.

MMORPG: Is that why you implemented a weapon upgrade system rather than monetizing in game skins transfers?

Bartek: Actually, the initial reason for that was to allow point-focused players to be able to upgrade their weapon, to be able to craft the best weapon that they can and upgrade it. What it ties into is our core principle that our monetization should not affect the power of a player. It might change how things look or quality of life improvements but never affect your never affect your power.

MMORPG: Back to the upcoming test. What are your hopes for open beta?

Bartek: Two things. As a Designer, I really want to see how everything works. We know how we think things will work but we get to see it live now.  Also, I hope that people will like Space Punks. It’s a game we’ve been working on for so much time and it will be great if people enjoy their time with it.

On that note we’re ready to get lock and load Space Punks. You can find out more about this multiplayer mix of looter shooters and online ARPGs over at the official Space Punks website now.