Expeditions, New World's form of dungeons in Amazon's upcoming MMO, are affairs that see groups up to five players in an instance completing puzzles and taking on stories and enemies that the MMO has to offer. But what has gone into creating these PvE experiences, and how did the team decide on the mechanics and even themes of the expeditions themselves? We were able to catch up with New World's Mike Willette, head of world experience at Amazon Game Studios to talk about the upcoming MMO's dungeon experiences.

MMORPG: What was the limiting factor that made the team choose a max of 5 players in dungeons? Many MMOs do 6-player groups, so just wondering if it was a balance issue or something else that led the team to land on this number.

Mike Willette, Amazon Game Studios: New World by default was designed with groups of 5 players in mind. With our style of action-oriented combat and play testing, 5 players felt very fun and easy to coordinate.

When New World was delayed last year, one of the reasons cited was to give the team the ability and space to create mid-to-end game PvE content players were asking for. In terms of the dungeons themselves, were these always in the works for New World, or is the Expedition feature of the MMO something that was a direct result of the delay and the feedback that caused it?

Expeditions are something we always wanted to do. The extension and focus on PVE gave us the opportunity to put more focus on them and make them unique to our narrative and play experience.

What were some of the inspirations you took from the world when deciding upon dungeon themes and locations?

We really wanted to tell the stories of the unique enemy families that reside here. The Lost, the Angry Earth, the Ancients, and the Corrupted. It gave us opportunities to dive into some of the backstories of the previous adventurers that sought ought fortune and fame. You see hints at the ancient past scattered throughout the world, and it’s fun to dive deeper into these spaces and test your mettle against greater challenges.

When designing the dungeons themselves, are there any unique mechanics and gameplay elements you’re introducing to players that might not be present throughout the rest of New World? How do you decide on those mechanics and where they fit into the larger expedition itself?

Expeditions became a great place to highlight new group puzzle mechanics. We wanted them to be good pace breakers and add variety before you test your skills in combat against much more difficult enemies. But sometimes they’ll do both!  We think about the space first and what would be fun to perform in that space. We align that with the stories we are trying to tell.  Some require you to do things simultaneously with your group mates, others challenge your platforming abilities.

When I played the Amrine Excavation, the dungeon itself felt a little linear in its design. While there are large open spaces within the expedition itself, I did feel, in the end, we were being ushered along a linear path from one room to the next. With Expeditions themselves, are you allowing for player choice and freedom in terms of how they can accomplish the tasks within the dungeon, or do you see these as, not straight-forward affairs per se, but progressing along a predefined path within the dungeons themselves?

Each Expedition is different, but they are purposely more directed than content you find in the open world. We wanted Expeditions to tell unique stories and have mechanics not found on the over world. Activities that would take group synergy and showcase and highlight combat.

Were there other games you drew inspiration from when designing the boss fights and set piece battles within the dungeons proper?

We take a lot of inspiration from our life and game experiences in developing our content. We play a lot of MMOs and 3rd-person action combat games. That knowledge fuels and helps contextualize some of our unique combinations of gameplay mechanics.

In my preview team work seemed paramount to accomplishing your goal. What tools are you including to make sure that teams can coordinate as easily as possible in a dungeon, especially for pick up groups that might not all be comfortable on voice comms?

There is text chat along with voice, and we also provide a way to tag creatures and the environment by middle mouse clicking. If you click and hold the middle mouse button, it brings up a quick communication wheel with various tag types for communicating to your group. You can also press and hold ‘p’ to quickly emote.

How important was it that each dungeon and expedition have a unique feel to it? Additionally, are there plans to expand the dungeons in the future as more story and lore gets added to the MMO over time?

It was very important for each Expedition to tell a story and have synergy with the mechanics inside. Like the telling about the origins of Ancient Guardians and how the boss Chardis oversees the process, and the lifecycle of the Dryads and why the Garden of Genesis is so important to the Angry Earth.

Are the stories told within the dungeons themselves, such as the fate of the crew in Amrine or revealing more information about the Corruption in Aeternum, connected to any major story points outside of the dungeons themselves? In other words, with the Expeditions in New World be something that players will need to experience if they want to progress story quests and such further?

Some Expeditions are required to advance the main story line as players discover their role in Aeternum, while others are ways to level and side stories where players can learn more about the world, its creatures, and the people that struggle to survive here.

When designing the encounters and fights in the dungeons, how challenging has it been to balance for the varied weapon and character builds players can bring with them thanks to New World’s classless system? Is this a point where having the trinity to fall back on is an advantage, even without a class framework like other MMOs?

Balancing at such a scale is always a challenge! But its very fun to dive deep into the mechanics of a design. All of our enemies have unique strengths and weaknesses to weapons and damage types. Bosses also have an additional layer of mechanics as they have shifts in mechanics at different stages of the boss fight. Countless hours of play testing are always involved across multiple teams to drive in on the fun. For Boss fights in particular, we recommend first running the experience with the trinity of a tank, healer, and DPS to learn the mechanics before experimenting with mixed builds. 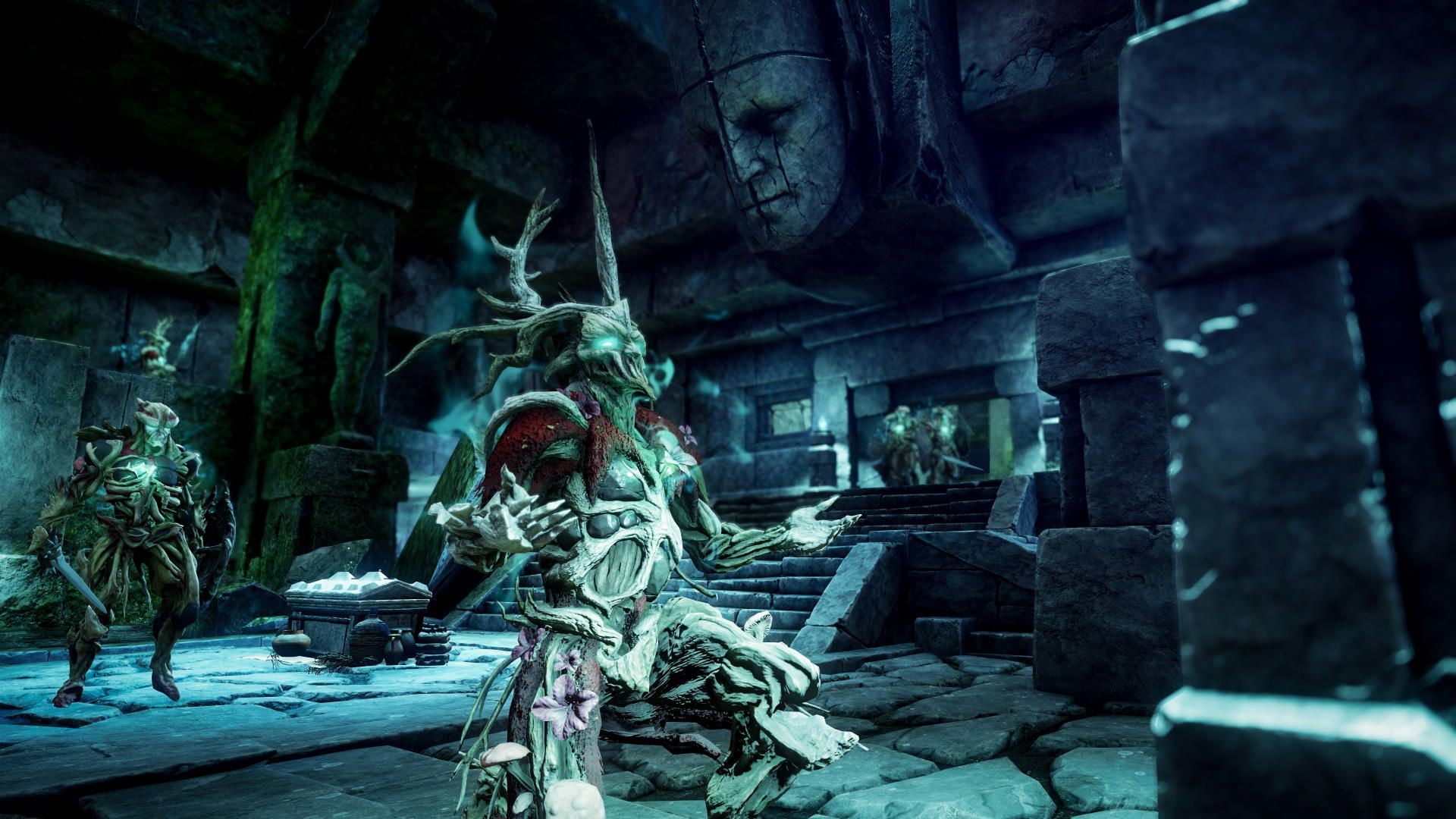 Many MMOs out there have multiple difficulty levels of dungeons, ranging from the standard, default difficulty to Mythic difficulty to use Warcraft as an example. Are there plans to include these types of modifiers to increase the challenge and rewards players can receive?

Our Expeditions are made to hold value for players for several levels as the gain XP and powerful gear. Nothing that I can announce now, but we are continuously building out content and listening to player feedback.

While we know of a few of the dungeons, such as Amrine and the Garden of Genesis, are there plans to include a dungeon/expedition in every zone and level range?

There are 6 total Expeditions for launch on August 31, 2021. Players will experience an Expedition around every 10 player levels. (Player levels 25, 35, 45, 55, and 2 end game). Launch is day 1 for us and we will continue to build more content. That’s as much as I can share today, so please stay tuned!

How important are doing these dungeons to the overall progression of New World? Could players skip these encounters if they choose to and not feel left behind or hindered by doing so?

As stated above, some Expeditions are important to continuing the main story. Some are only side stories but do help players level and get good gear pieces for their journey. But their are many ways to get good gear. Closing Corrupted Breaches, exploring Elite POIs, participating in Outpost Rush, and crafting.

I don’t have specific timing to share today, but we are hard at work making more content for the game!