Heading into the new year, Amazon’s New World is gearing up for the future. Since launching in late September, the team t Amazon Game Studios has had a rough go of it, with almost every major update or patch to the MMO seemingly introducing new issues to be fixed.

From gold exploits that saw the in-game economy ground to a halt -twice, to invulnerability exploits that threatened the main core of the MMO, its PvP, New World feels poised at a crossroads. Player counts have dwindled, with people moving on to other games or simply leaving New World due to the myriad issues, it makes one wonder what the future really holds for the new game. Every title has its challenges, especially a live service game and one of the scale that Amazon has launched, so while for many the current issues may be enough to keep them away for the time being, how the team responds will go a long way towards how the MMO will fare in the future.

We were able to chat with Game Director Scot Lane via an email interview to talk about some of the challenges the studio has faced, as well as what’s next.

MMORPG: Since launching 2 months ago, New World shot to immediate success with over 900K concurrent players at one point. How did that feel at the studio, after all the years of work and all the delays, to see that kind of response to the launch?

Scot Lane, Game Director: The reception to New World was surprising and humbling. The team worked so hard to create something to delight players and it is a really good feeling to see folks enjoying Aeternum. That said, we are looking forward to the years ahead and have big plans for New World.

The flip side of that is, unfortunately, since launching the player base has crated somewhat. While that is understandable to a degree, many in the community are concerned about the sheer amount of player drop off. How does AGS plan to tackle this moving forward and are you concerned at all about the smaller player count two months after launch?

Lane: For MMOs, it is common to have the numbers come down after the launch surge. On top of that, right after launch, players were playing incredibly long sessions. Over time, players have settled into more normal playtimes, which had a notable effect on player concurrency. This is why we don’t focus too much on player concurrency as a success metric. After two months we are still seeing high levels of engagement from the players. That said, we always want more players enjoying New World, and are planning server merges shortly to get more players together. The launch surge was so big that we more than doubled the number of worlds. Beyond that, we know we have to do a better job at fixing bugs and will continue listening to our players to help inform our roadmap.

While the MMO has seemingly been a commercial success, critically it’s had its detractors. How has AGS taken the feedback from both the community and critics alike to help make New World better in the long term?

Lane: We listen to all feedback, both good and bad. Truthfully, we pay particular attention to critical feedback, because we use it to improve things. While it isn’t always easy to hear, it is valuable in setting priorities and it is inspiring that the community cares enough to provide the criticism. 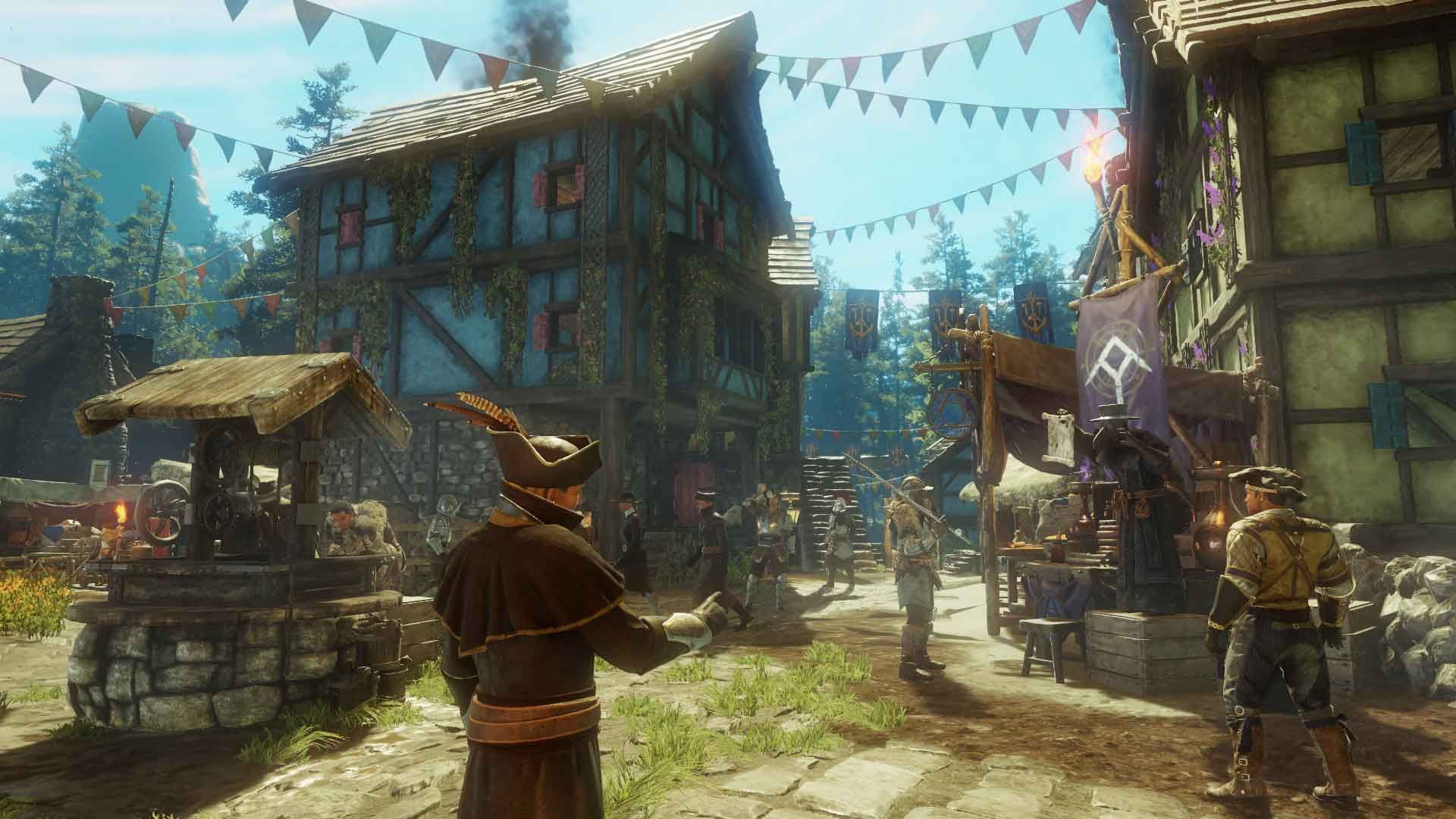 What has been the most challenging part of overcoming the issues that seem to plague New world from the start? How has it been juggling this while also ensuring that employees health and wellbeing are being taken into account, especially since it’s easy for fans to expect round the clock responses on a game that is always online?

Lane: The entire launch has been challenging. While we are thrilled with the number of players that showed up, we hadn’t done testing at nearly that scale. This exposed some problems that we wanted to quickly address and in our haste, we made some mistakes. The team is so excited seeing all the players that the drive to respond quickly is so strong — we want to correct the issues so players can focus on the fun! So for us, the biggest challenge is pacing ourselves and being more methodical in our testing and validation of releases. The team is working incredibly hard and we are trying to spread the work load out to help ease the burden on people overworking. Our team is so dedicated that they want to work around the clock to help resolve issues but that isn’t sustainable, so we’re also working to spread out the workload and make sure the team doesn’t burn themselves out.

MMORPG: It seems with every major patch something breaks, whether it’s another exploit or duplication bug that causes the market to be shut down or issues that make certain aspects unplayable for players. How is the team addressing this to ensure that moving forward patches come out and don’t cause more issues?

Lane: This has been difficult. Our general approach is to look for a systemic fix and determine how long it will take and then address it. In some cases we’ve been able to do that, while in others we have had to put in short-term stop-gaps while we work on the permanent solution. A big lesson for us is that even though we had an alpha up for over a year, had the preview event, and the public test — when you get live and at scale for a longer period of time, new issues will arise.

Natural follow up to this: what do you say to players who feel the MMO should have been delayed again in order to work out these kinks?

Lane: This is difficult and we’ve recently talked a lot about it internally. The thing is, we didn’t know about the exploit and dupe issues until after our launch, so a delay would likely not have helped.

From the content-side of things, one of the major criticisms has been the lack of meaningful content and story telling, as well as quest variety. How does addressing those concerns play into the upcoming plans for the studio as New World moves forward into the new year?

Lane: We’ve come a long way in the past year and I think our players see that. Going forward, we plan to continue improving our story telling and adding more content with a focus on mid and end game. Players will start seeing new quest types in upcoming releases, and this is something we plan to invest in for the foreseeable future. We also have some good stuff in store for our PvP players and we’ll be excited to share more as we get close.

How has the response been to the Into the Void update, and how often do you plan on releasing these major additions to the MMO? Can you give players some insight into what they can expect in future updates?

Lane: We aren’t ready to share our roadmap just yet, but I can say that just last night I ended up in a random group with someone playing the Void Gauntlet and it was pretty cool to see. Overall, it filled a void (pun intended) in our weapon pairing as it is a great partner to the Life Staff. I can say that we believe more weapons will add more variation in gameplay and players can expect to see more in the future. 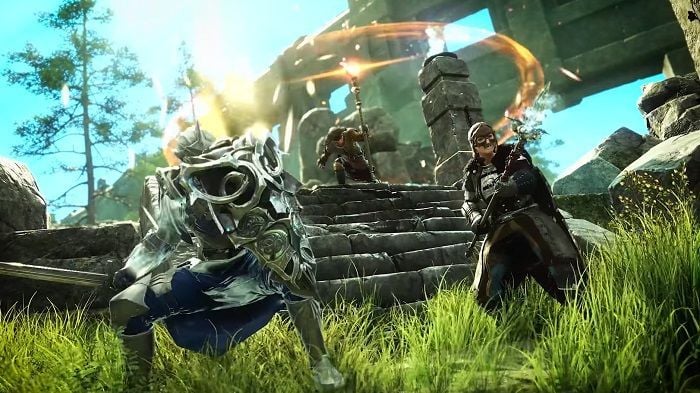 Server transfer: These initially were advertised as a way for players to join their friends who might have stranded thanks to server queues. However, they have left a multitude of dead servers in their wake. One thing that struck me as odd was that the transfers seemed to be encouraging players to move to already healthy population servers with friends who were already there instead of moving to the lower pop worlds where the increase in players could help reinvigorate the economies and PvP. Why was that, and was that intentional or just a misread of the way merges were presented?

Lane: Our goal with server transfers is not to reinvigorate low population worlds, it is to give players agency to choose the world they want to play on. In contrast, world merges are intended for the former. That being said, when server transfers were introduced, we again encouraged players to leave overpopulated servers to avoid queues, which they did, instead targeting medium to low population servers.

Are there any plans to allow for same-faction PvP to help knock off companies that aren’t taking care of a settlement anymore, or even worse, using exploits to keep control of settlements like is the case of the reports going on with the Camelot server?

Lane: We are looking into the exploits. As far as bad leaders, we don’t have hard plans yet, but I am aware of the issue. I’d like to do something where folks that live in a town (same or different faction) had mechanisms to deal with bad leaders — like a way to overthrow tyrants. Nothing concrete yet, but it is something that would add fun and ideally be a way to give PvE players a little more impact on their settlement.

Moving forward, what does the roadmap look like for New World? Is there a short term and a long term vision you can share with fans, especially those who are wondering where they go from here?

Lane: We aren’t ready to share the long term vision yet but as far as short term I can share a few things. Winter is a festive time and we are working towards ways of showing what that looks like in Aeternum with the introduction of our Winter Convergence event. We learned a lot from players about the end-game balance and gear chase so players can expect improvements! We also hear players and are planning some major initiatives to improve the bugs and balance of the game. Looking further into the future we have big plans and are working out the right way to share them with the players.