Today, December 10th, marks yet one more milestone for Mythical Games and their new MMO, Blankos Block Party, with the release of their Open Beta. As the game goes full steam ahead towards launch, the CEO of Mythical Games John Linden has kindly answered some of our questions about BBP, like their plans for monetization, what players can expect from building, and much more. Blankos Block Party boasts some groundbreaking technical aspects as well, which you can learn about in detail in our previous technical interview with Senior VP of Business Development Rudy Koch.

MMORPG: How would you categorize Blankos Block Party? It’s clearly a party game, but it has a lot of different aspects to it, such as building, shooting, and racing, so how does your team see BBP?

John: We see Blankos Block Party as a Social MMO. We’re working to blend familiar sandbox mechanics (building and playing) with a unique large-scale social hub we call the Junction. Players can hang out, explore or find quests and other content in the Junction, but they can also group up and discover all these different player-created levels - or “parties” - to play together. The parties are where you’ll find shooting, collection and racing games made by our imaginative community. In just a few short weeks of Private Beta, we already have more than 1600 blocks made by our beta testers. As the game continues to grow, the player-created content will grow with it, and we’ll add more modes and build options for people to experiment with. 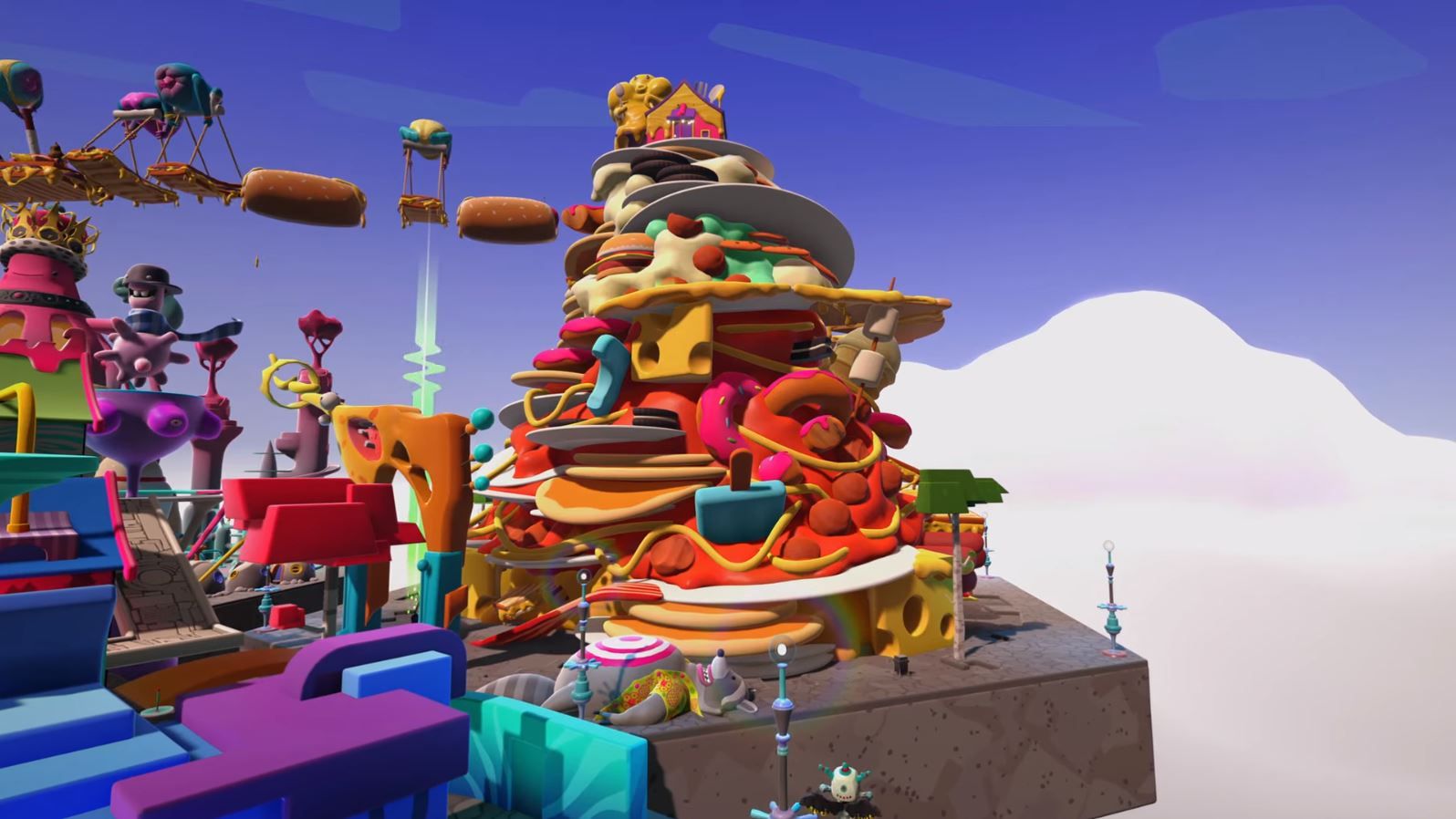 MMORPG: What was the inspiration for Blankos Block Party?

John: The inspiration came from being people who love and collect rare vinyl toys. My co-founder and Chief Creative Officer Jamie Jackson, as well as many of the early employees at Mythical, are total vinyl toy geeks and thought it would be amazing to be able to play in a vinyl toy world.

The world of physical vinyl toys has so many parallels to the economy and community we wanted to build digitally at Mythical too. For instance, artists often buy blank silhouettes of vinyl toy characters and then make their own creations and re-sell them to their audience. We loved that similarity to what we are doing digitally with empowering content creators.

MMORPG: From what we’ve seen, Blankos has what appears to be an overworld where players can run into each other at random. How expansive is this shared area?

John: The Junction is fairly large already, made up of six or seven different areas for players to explore either solo or with their friends. You’ll find everything from a massive ball pit to a mountain made of food in the Junction. As the game progresses, more of these areas will have events and things you will need to do in them. You may also even see the Junction expand in several ways as we unfold more features and the story behind Blankos... 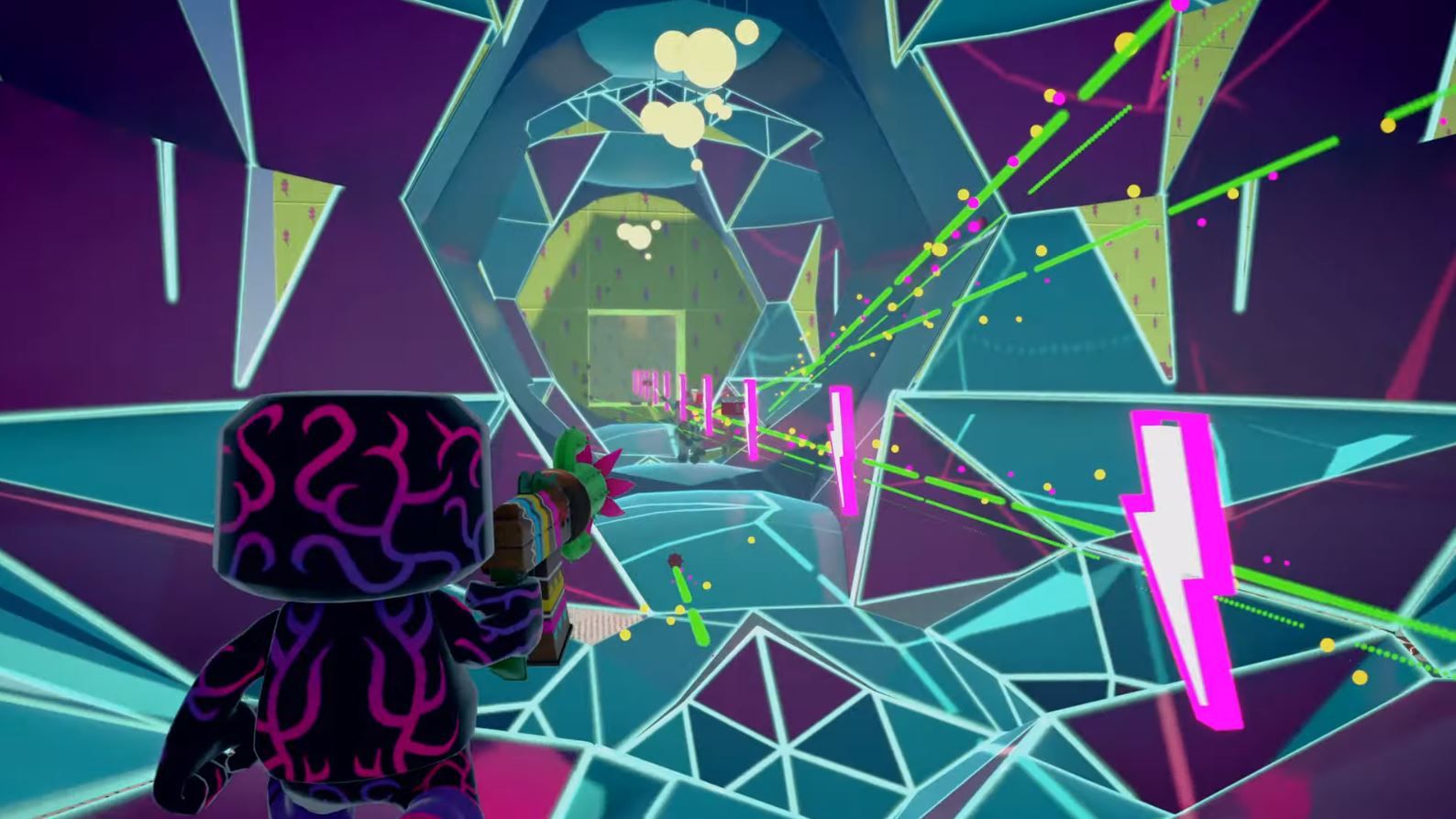 MMORPG: It might be hard to direct a party in any one direction, but can players expect some kind of overarching story that you plan to build on?

John: There is an entertaining and appropriately crazy lore behind Blankos, and the backstory will slowly reveal itself in the game over time. We have an amazing writer who has a background in both videogame narratives and comic book narratives at Marvel, and he’s put together a really fun, unique story for players. We will be able to tie the storyline into new game modes for builders, expansion of the Junction and what you can do there, and the eccentric NPCs that continue showing up to help the player learn more about this unique world.

MMORPG: Building levels seems to be a major focal point of BBP, but building can sometimes become overwhelming. Have you attempted to make building more accessible, or do you see building as being for only the major party-goers?

John: Making building accessible is a big component of Blankos Block Party. We created our build engine so players don’t need to understand how to code or have a private server; all you need is a simple keyboard and mouse or a controller and you can build all types of fun, imaginative new Parties.

Builders can place objects into their Parties and then drop physics-based toys in and easily configure them to create game play. You can choose from available modes like shooting or racing, or even combine them to create your own genre. To really make it your own, we’ve made it easy to set your Party objectives, effects like weather or time of day, the soundtrack and more. Currently most Parties are created for competition, but anticipate players will also create cool spaces for others to come hang out and explore!

MMORPG: If a player doesn’t want to build at all, will they be forced to? John: No, not at all. In fact, based on the amount of amazing Parties created in our Alpha and Private Beta, if everyone created, there might be TOO many things to do and never enough time to explore everything! In a few short weeks, we have had well over a thousand Parties already created. Some players will come build and some will just come hang out and play!

MMORPG: What game modes can players look forward to on launch, and will we see new forms of play as the game progresses?

John: At Open Beta launch we are starting with shooting, racing and vibe collection game modes for players to build, and before too long we expect to expand new variants within these mode options as well. Players can already mix and match the available game modes, so you could end up with a racing game where you find dart guns and blast your fellow players trying to finish the race! We have even seen awesome Parties already built with mixed modes. For example, one of my favorites (Unalive Run by a player named Sandy) involves one team in a center island shooting at the other team that is trying to finish a race full of obstacles. 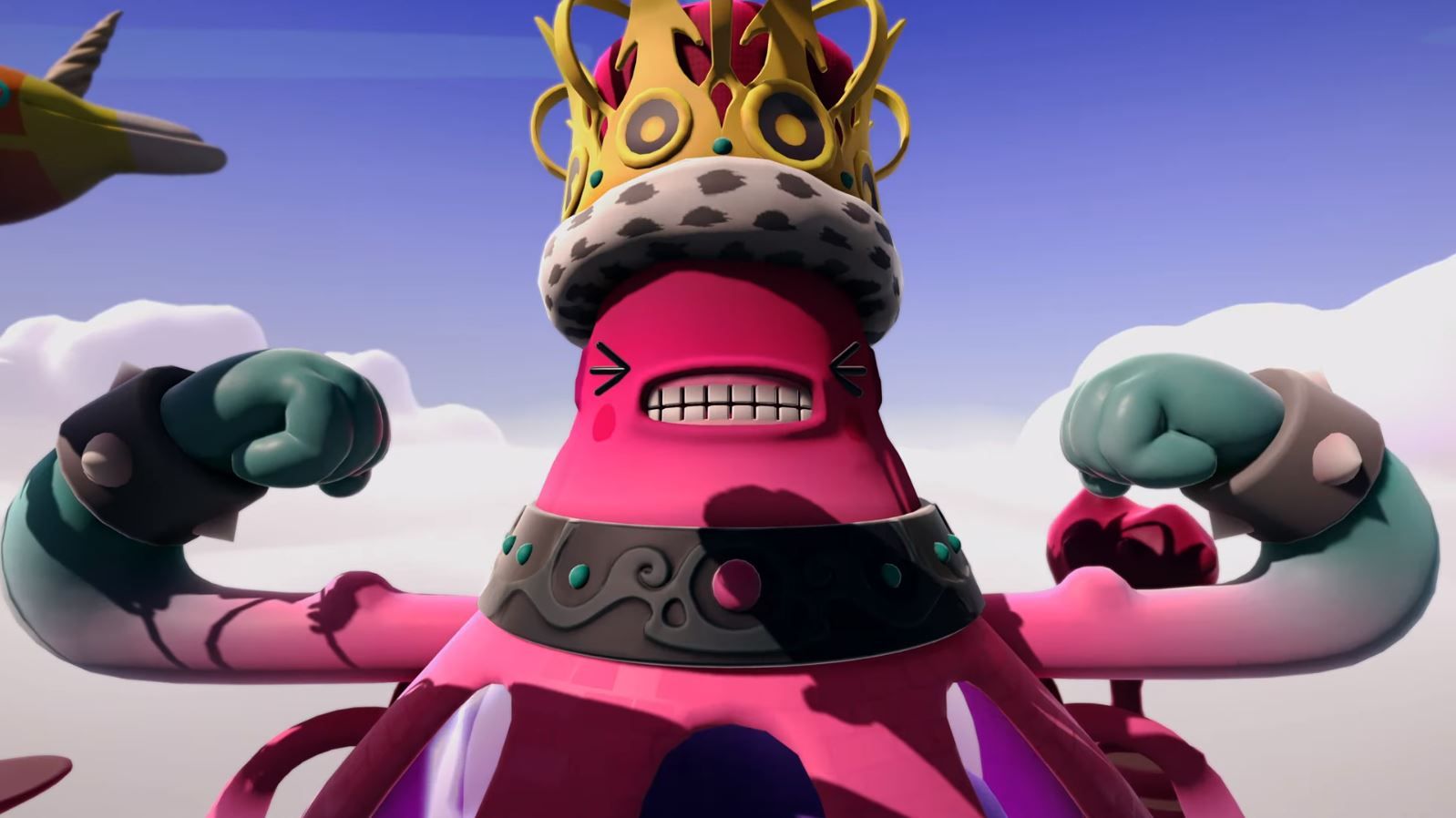 MMORPG: The big stars of Blankos Block Party right now, seems to be the vinyl figures. What can players look forward to in terms of obtaining and customizing their figures?

John: Thanks to blockchain, with every purchase a player makes, that Blanko is “minted” with a permanent  issue number of the exact Blanko they own, similar to a limited-edition baseball card. Once you have the Blanko, you can decide to unbox it to play and customize, or you can even leave it in the box on your Shelf in “mint condition,” in case that makes it more valuable. Once you unbox it though, you have so many options to customize your Blankos with accessories as well as select an ability path based on earned skill points. And maybe those choices increase the value of your Blanko to another player more than an unboxed one would.

You can imagine how cool it will be to buy “vintage” Blankos from other players in the future. We have also hinted at a feature called blending in our past trailers; we can’t wait to reveal more on that in the coming months, and how it can affect your collection.

MMORPG: There are a lot of really cool packs out for different Blankos, but apart from buying these packs, what can players expect the monetization system to look like? Should everyone expect to buy their own figures or will we see a shop with other items available?

John: Each month there will be new Blankos from Mythical and partner artists, as well as accessories, emotes and even custom building materials to further customize Parties. These will be curated in the main store in the Junction. We will also be launching very temporary Pop-up shops around the Junction that might only open for a few hours or a few days, with all types of really cool partner tie-ins, starting next year. Blankos definitely love to be decked out with cool seasonal gear so maybe even watch out for fun holiday items as well!