Neverwinter, the Dungeons & Dragons-themed MMO from Cryptic Studios, recently re-released one of its original leveling zones, the Rothé Valley. This previously vaulted zone was removed during the leveling rebalance the studio did last year, but the team has brought it out of the vault to receive the revamp treatment. This, after revamping the Dragons themselves, as well as the Temple of Tiamat in the Dragonslayer module.

We had the chance to chat with Neverwinter's Lead Designer Randy Mosiondz and Content Designer Eliot Minner about the process and approach to these older content revamps, reception to them, and more.

MMORPG: What is the approach when starting the process to revamp older content over the years?

Randy Mosiondz, Lead Designer: We start by considering the goals of the revamp.  For example, if it’s an older piece of content that’s currently live, our goal may be to address some standing gameplay issues while updating the visuals.  If it’s a vaulted piece of content, we may want to update it into a newer narrative for the game while standardizing it with more current gameplay. One of our goals may just be to take advantage of the increase of min spec thresholds for multiplayer performance, allowing us to update textures and lighting on older content to provide a better player experience.

MMORPG: How does the team decide on which content to revamp? Is it based on player feedback, nostalgia, other factors?

Randy: It’s a combination of a lot of factors.  As you mentioned, we’d like to address any player feedback, or bring back vaulted content our longer-term players have been missing. It may also be that the content in question has an opportunistic narrative synergy with recent or upcoming content.

MMORPG: Can you talk a bit about why you feel the need to revamp these older encounters, specifically the zones and trials?

Randy: It’s largely practicality: building completely new assets costs a lot of resources.  If there’s an older piece of content that hasn’t been touched in a while and has lower engagement from users, it’s worth giving an update. The gameplay and visual updates of a revamp is less initial developer investment as you already have a working framework.  Doing that allows us to update gameplay to players sooner, while still allowing us to build newer content in-between revamps.

MMORPG: Can you talk about the specific approach to improving Rothé Valley, as well as some of the details that make it different than the pre-vaulted version?

Elliot Minner, Content Designer: The main goal with Rothé Valley was to bring it back as an Epic Adventure. Originally, the zone was a part of the previous leveling experience, and now it has been added to our post-level 20 epic content. Bringing it back as an Adventure meant we were able to add in new Adventure rewards and have it leverage the various Adventure features outlined here: Developer Blog: Adventures

We also identified aspects of Rothé Valley that we could improve on efficiently, and without compromising the original content. We improved various textures, cleaned up propping and collision, and updated the lighting and FX in some areas. We also created two new Major Heroic Encounters to add more dynamic content to the zone and support the new Battle Pass.

MMORPG: Rothé Valley is a zone that was vaulted previously with a leveling streamline patch. What was the decision to bring this one out of the vault?

Elliot: Rothé Valley was a strong contender for our first unvaulted zone because we were pretty happy with its starting quality and only wanted to clean up a few things and convert it to an Epic Adventure. It also ties in nicely with some of our upcoming content!

MMORPG: Will more of these zones be un-vaulted as well with new revamps?

Randy: It depends on our future development plans but we’re not ruling it out, especially if it works well for the narrative of upcoming content.

MMORPG: Are there any big changes to the two main encounters in Rothé Valley, and is there a desire to create new challenges in familiar environments with these revamps?

Elliot: The two new Major Heroic Encounters were an efficient way for us to bring some new life to the zone as well as provide some repeatable content to support our new Battle Pass. We wanted to make sure that beyond completing the Epic Adventure questline, there were other activities to participate in to keep Rothé Valley relatively active after its unvaulting. 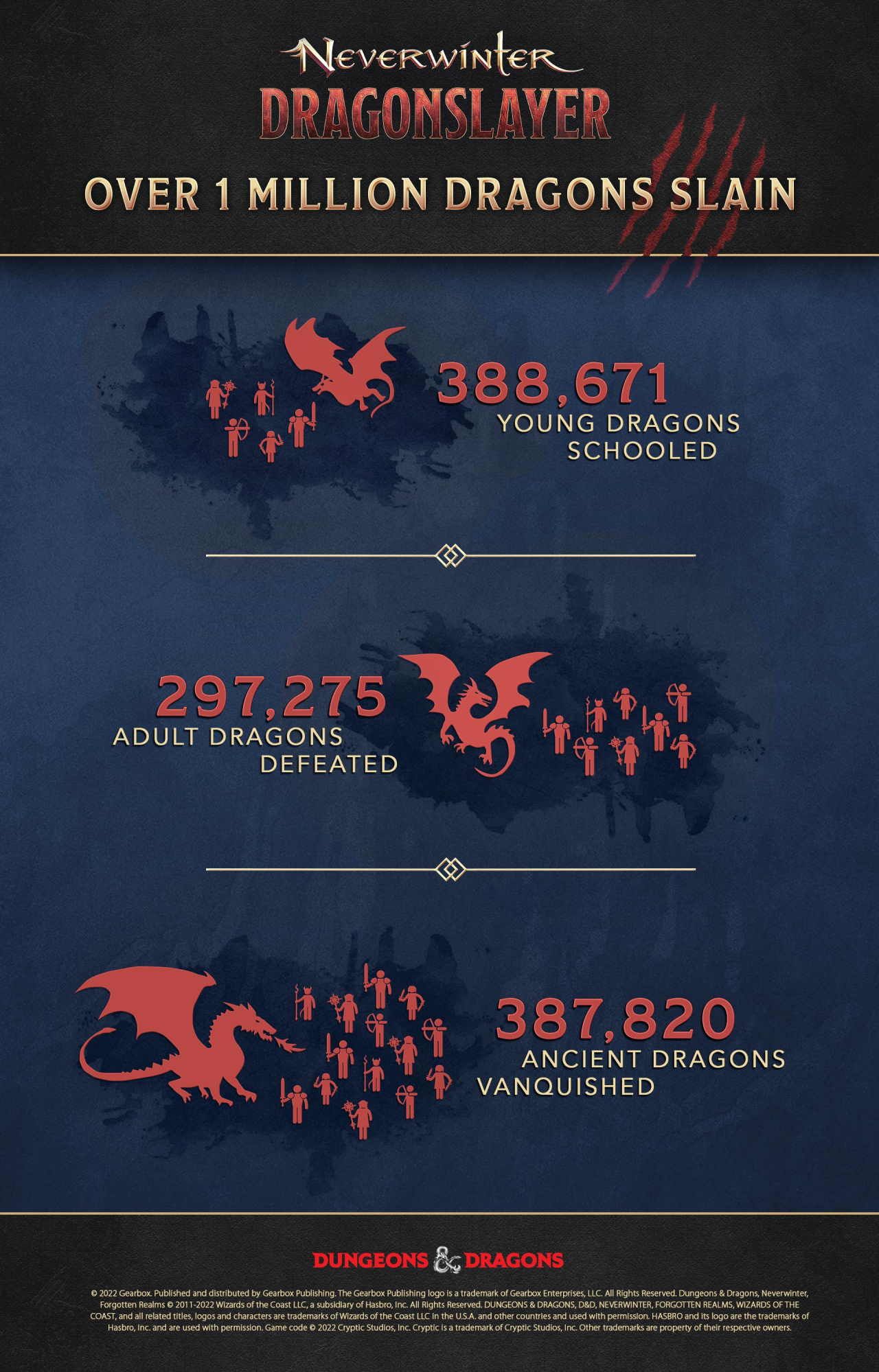 MMORPG: How has the feedback been to Rothé Valley so far, as well as the Temple of Tiamat revamp and the improvements to Dragons themselves, which were all released alongside Dragonslayer’s module earlier in the summer?

Randy: Rothé Valley has been well-received, as players are happy to see us returning vaulted content, and it’s been revamped as a solid Epic Adventure with a good reward.   Temple of Tiamat has gotten some rounds of tuning adjustments since its re-launch and has become a popular Trial and a good lesson for players in role coordination.  The dragons revamp which has mainly seen visibility in the Dragonslayer content has become a fan favorite with over a million dragons slain to date!

MMORPG: So, what’s next? Can you share some information on the next major revamp?

Randy: We’re currently in the process of updating our lighting system!  The revisions we’ve seen so far look great and we’re looking forward to showing it off to players in some of our upcoming releases!