Earlier this week, Pearl Abyss launched a brand new type of instanced adventure for Black Desert Online called Abyss One: The Magnus. In order to learn a little bit more about the upcoming content and background of The Magnus, we had the opportunity to interview Head Game Designer Jesse Joo.

MMORPG.com: One of the biggest reveals from the 2022 Heidel Ball was Abyss One: The Magnus. Can you give us a quick overview on what the Magnus is?

Jesse Joo: The Magnus is a realm separate from the Black Desert world filled with adventures and challenges that are unlike anything players have seen before. These challenges will require players to use their wits and creativity.

Players can stumble upon a “rift in space” in the form of a well at Bartali Farm, just outside the first town in Black Desert. Entering this well will take players to a new world, where they'll meet an unknown companion named "Wuju.”

Together with Wuju, players will be able to travel within the Abysses connected to the Magnus and encounter new characters and thrilling stories – all culminating in a fun and exciting journey. Depending on their progress in the main questline, players will be able to remotely access storage from distant regions, unlock fast travel to major cities through the Magnus, and learn a new skill exclusive for each class.

We cannot wait to see how these new changes will impact the gameplay of our many Adventurers in the world of Black Desert.

MMORPG.com: The teaser mentioned that the Magnus can be accessed via wells in Black Desert. Will this function be similar to Hystria and Aakmann, or will it be a little different?

Jesse Joo:  From a functionality perspective, you’d be correct in saying that a well acting as a gateway to a different world is a concept that has already existed in Black Desert. Since a well is how your adventures in the Magnus get started, it would be more appropriate to compare the Magnus to the Abandoned Monastery, which is a place that used to be a hideout for the Shadow Knights, rather than Hystria or Aakman.

From a lore and tone perspective, we need to look back to when we were all children. When you’re a kid seeing a dark and gloomy place like a basement or a cave, it looks scary at first. But at the same time, you get that hint of wonder and curiosity: “what might be inside?!?!” When your curiosity eventually overcomes your fear, the adventures into the unknown begin. (Of course, my parents would end up finding out about my escapades and scold me for going to such dangerous places.)

MMORPG.com: Because the Abyss can be accessed from multiple parts all over the world of Black Desert, can players use this to fast travel around the world? If so, what kinds of implications will this have on the game as this type of travel has not been available before?

We’ve always been immensely proud of Black Desert’s vast open world. It’s one of the game’s major strengths! However, each time we introduce a new region, players have to spend more and more time on the road traveling to different cities. We tried to address this hurdle for new players by adding other means of transportation, such as the Sky Balloon and Griffon, but it wasn’t enough.

We’re also looking to the future - when the world of Black Desert will expand even further! For example, one new region we are working hard to develop is across the vast Margoria ocean. Introducing the Magnus as a means of fast travel not only solves for our current in-game world, but solves for those future problems as well!

It’s a perfect solution - by traveling quickly from major city to major city, we’ve cut down on transport time between zones. But we’re also not devaluing the hard work players have put in to get mounts! The world of Black Desert is still incredibly vast, so there will continue to be a need for top-tier mounts to efficiently travel to monster zones and other areas. 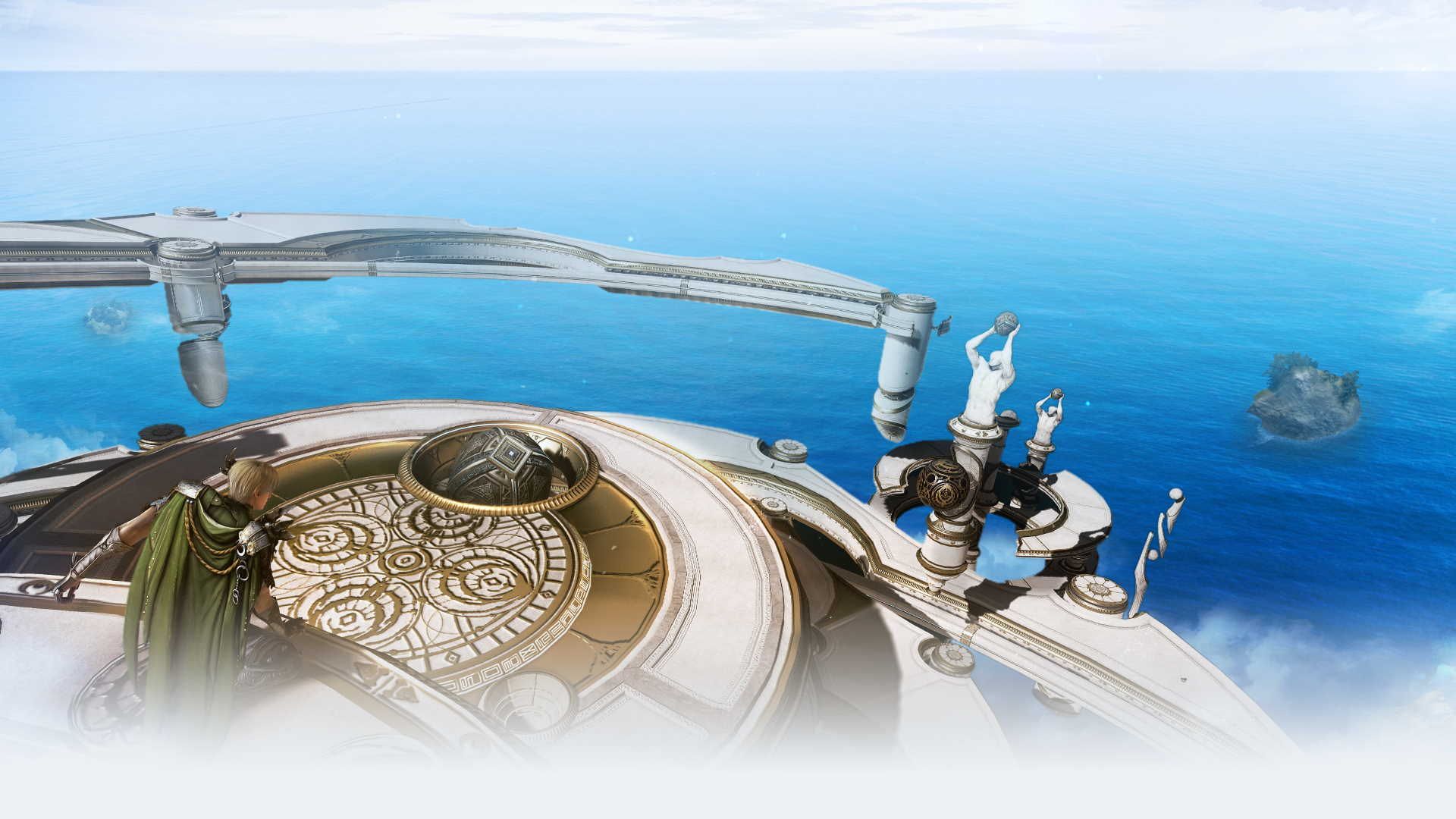 MMORPG.com : It was mentioned that the Magnus will have its own type of gear. Will normal Black Desert gear be usable within the Magnus, or will this be similar to Palace of the Dead from Final Fantasy XIV where you only use what you find there?

Jesse Joo:  Existing gear cannot be equipped; players can only use “Magnus-exclusive gear” within the Magnus itself. This allows both new and returning players to dive into the Magnus on equal terms, and we hope that new players can enjoy exploring the Abyss without having to worry about gear.

But why go into the Magnus if you can’t take gear in or out? With this in mind, we designed the powerful PEN boss gear to reward players for completing the Magnus questline. Worry not, you can freely equip and use it outside the Magnus!

MMORPG.com: Will the Magnus be more focused on questing and open world content, or will it feel like an instanced dungeon?

Jesse Joo:  If I had to choose one of these answers, I would say it’s closest to an instanced dungeon. The main questline will guide you through a thrilling adventure, as well as entertain you with interesting stories.

MMORPG.com : Upon completing the main story for the Magnus, players will be able to receive a piece of PEN Boss Armor. This is already a fairly significant reward, but will there be any items, upgrades, or gear that will be exclusive to the Magnus?

Jesse Joo:  While we have no further exclusive rewards planned for the realm at this time, we are focused on adding more exciting quests to the Magnus, each of which will have its own worthwhile rewards.

MMORPG.com. In the trailer, Wuju appears to be a little threatening. Can you give us a little backstory on Wuju and how he will be involved in the Abyss?

Jesse Joo:  Wuju is the administrator of the Magnus, and its main goal is the well-being and stability of the Magnus. Thus, Wuju is instantly put on alert by the Adventurer who suddenly “fell” into the Magnus. I can’t say much more without spoilers - but I promise that the overall story and your relationship with Wuju are much more interesting if you get to experience it yourself through your journey.

MMORPG.com: As a Black Desert player, I can’t wait for the release of Abyss One: The Magnus. It’s always exciting to try out brand new content for the game. Is there anything else about the Magnus, or Black Desert in general, that you would like to tell MMORPG readers?

Jesse Joo:  Black Desert is a game that constantly pushes the boundaries and strives to overcome its limits. We’ve created a realistic desert that promises the danger of heatstroke during the day and hypothermia at night, brought forth a Great Ocean extending gameplay beyond land, introduced brand new playstyles, beautifully remastered and overhauled the game’s graphics, and presented the Mountain of Eternal Winter, which is a region that players can experience from level 1. Each and every one of these updates is a new adventure that Black Desert took on.

Our players are the reason why Black Desert has always been able to constantly challenge itself and dream of new adventures. With the Magnus update, we will once again embark on a new journey with our Adventurers.

If you’re an Adventurer or a potential Adventurer who hasn’t played Black Desert yet, there’s a new adventure awaiting you in Abyss One: The Magnus, continuing the many thrilling stories from the vast, open world of Black Desert.