ArcheAge's next major content update, The Great Prairie of the West, releases tomorrow, and we had the chance to chat with XL Games' producer Ham Young Jin about the content, as well as what players can look forward to through the rest of 2022 and in the future.

Joseph Bradford, MMORPG.com: The Great Prairie of the West update: Can you explain a bit about the lore behind the content update, specifically for returning players who might be eager to explore the new zone? Will this be hitting just ArcheAge, or will Unchained players get to explore the new content as well?

Ham Young Jin, Producer at XL Games: The Great Prairie of the West, located east of the Hiram mountains, is a region the Firran consider their land and a home to those who live a nomad life. At the center of the prairie is the Plains Eye mountain.

According to Firran storytellers, the mountain is where the Sun Father gave them the right to live in the great prairie. It is also the place where the Firran hero Tahyang gathered the Firran during the age where the world was engulfed in the war against Kyrios.

They considered the mountain sacred and so built an altar, which can still be found there, to give praise to the sun father. Ruins found at the Great Prairie of the West are the remnants of the Epherium forces that once occupied area.

While it was once a base where the Epherium kingdom used to bring the Firran into submission after reclaiming Terena, it now remains as a ruin due to being wiped out by the Windwhips who were led by Tahyang in the Terena battle.

The blood of the fallen Firran from the Terena battle remains to permeate strange phenomenon throughout the Great Prairie till this day, as it came together with the strange energies which were dormant beneath the grounds.

The content mentioned above will be available for both ArcheAge and Archeage: Unchained. So players from both games can explore the new content. 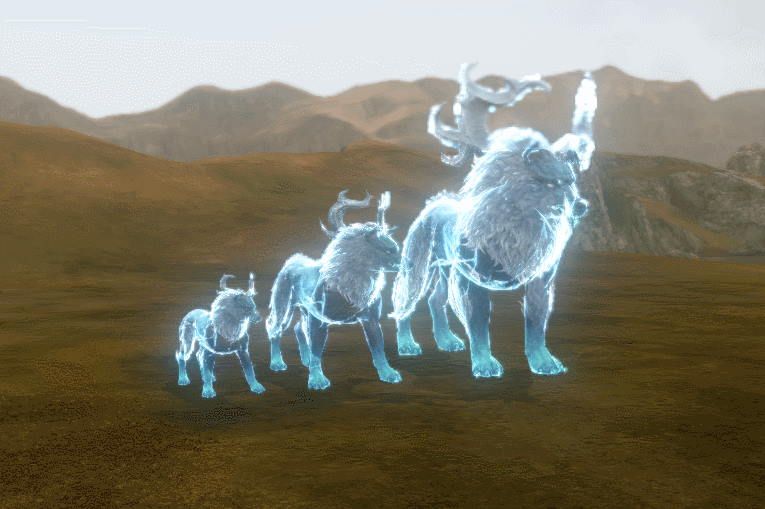 MMORPG.com: What was the inspiration behind the Guardians in the upcoming Guardian Scramble competition with The Great Prairie update?

Jin: The wishes and yearnings of the Firran heroes who fell during the Terena war manifested through the Wind God to create the guardians of the Great Prairie of the West. They are spirits using the power of nature and are divided by their skill sets; damage dealer, healer, and buffer.

MMORPG.com: How does this new content fit into the wider PvP of AA?

Jin: Guardian Scramble, allows you to make use of a variety of tactics to earn faction points and to ultimately claim victory. The Yearning Altar will be the main strategic point for your guardian to quickly gain faction points. Capturing and defending the altar will be key to successfully defend your own guardian and defeat the enemy's guardian.

Each adventurer must collect wishes from hunting monsters or gathering and offer them to the totem to summon their faction's guardian. The summoned guardian can be commanded to directly head to the Yearning Altar or evolve into a higher form, depending on the situation of the battlefield.

MMORPG.com: When approaching a new PvP content, how do you ensure that it’s both something that is compelling for players to engage in while also not detracting from the current PvP activities that AA is known for?

Jin: Guardian Scramble is a complex faction competition that revolves around "guardians" in the Great Prairie of the West.

It will give you a different experience than you'd have with the existing PvP, as it relies on the existence of guardians rather than direct battles and allows you to take a variety of roles. 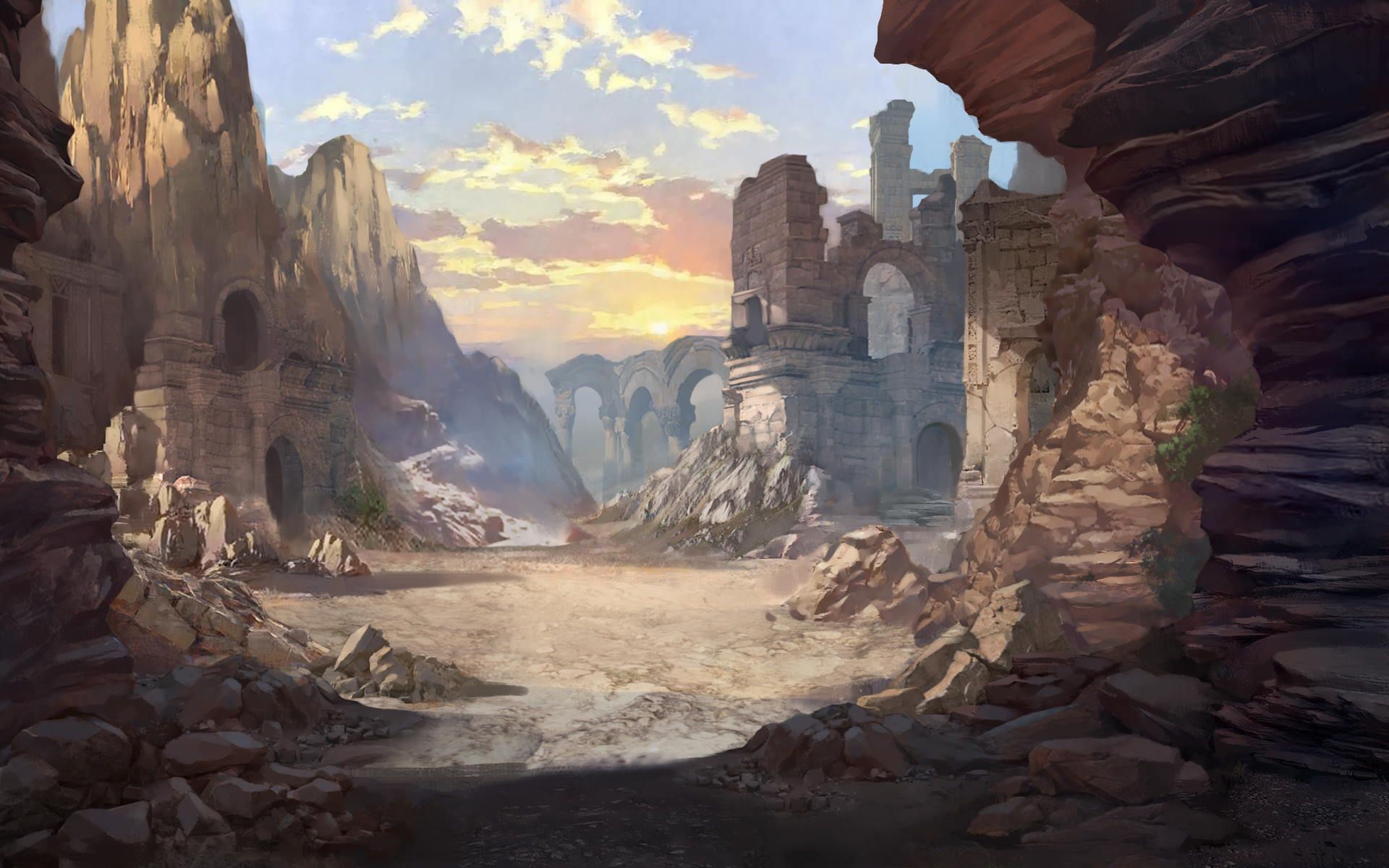 MMORPG.com: With Kakao Games having just taken operation of ArcheAge recently, how has the transition been? How have players reacted to Kakao Games’ ownership over the title, and what are you planning to do to bring back players who might have dropped off during gamigo’s tenure operating the MMO?

Jin: Since the game has been serviced by Kakao Games, a lot of players have returned to ArcheAge. There were also many new players joining ArcheAge for the first time, beyond our expectations. However, unexpected issues arose in the process of merging the existing NA/EU build into the global build, and it was not an easy task to quickly handle these issues. At the moment they have been solved and we are doing our best to improve the game in many ways, such as by working on the update for this summer and reflecting our players' feedback in the game.

A large-scale promotion, Back-to-Arche will be held both for those who started to play ArcheAge for the first time with the Great Prairie of the West update and those who haven't played it for a long time. Players who haven't transferred their data from their gamigo account yet will also be able to enjoy the updated content and promotion this summer. Players will receive a variety of items that will help them grow their characters and grant a maximum of 10,000 gear scores. If you haven't transferred your data yet or have had a hard time growing your characters, this will be a great opportunity for you to enjoy ArcheAge one again.

For those who haven't transferred their game data yet, you can still transfer the data from your gamigo account. Visit the Glyph website by gamigo to check the code required to request the data transfer. For more details, please visit our transfer request website.

MMORPG.com: We know that ArcheAge is looking at adding a new race to the MMO in the future. Can you give us a glimpse into the development of the race, as well as a hint for players to look forward to?

Jin: We are planning to release a new race in the future, but as ArcheAge is characterized by its system where you can choose various occupations with a single character, we are still carefully examining this plan and its direction.

We will let you know once an exact update schedule is determined.

MMORPG.com: What does the future look like for ArcheAge and ArcheAge Unchained beyond the Great Prairie update? What do players have to look forward to later this year and into 2023?

Jin: We are planning to apply a new guild PvE instance dungeon and high-grade equipment for the second quarter of the year in order to add a new faction-based guild content and higher growth goals.

We are also working on a way to provide continuous character/equipment growth support to players who are slow in growth. Skillset and vocation content expansions are also expected, so please look forward to our upcoming updates.