Final Fantasy XIV’s players have been buzzing about the progress of the MMORPG in the wake of the announcement for Endwalker, the upcoming expansion. Plus, with more announcements to come during next weekend’s Fan Festival, there’s been plenty for its massive playerbase to be excited about. Its team recently announced that the game hit 23 million players, and player loyalty has become a meme of its own.

Despite how much the studio seems to have on its plate, the game’s beloved director, Naoki Yoshida, had a few minutes to answer MMORPG.com’s questions about the state of the game.

MMORPG: The FFXIV Free Trial expansion was pretty major in scale — since then, in English-speaking communities, the FFXIV Free Trial has been recommended enough by players that it even became a community and gaming “meme” of its own. Has it been a successful push, in the eyes of the development FFXIV team?

Naoki Yoshida, director of FFXIV: Yes, I definitely believe it was a big success. I’ve been an online gamer since the dawn of the era and saw the release of multiple expansion packs for other games through the eyes of a player.

To that end, I have personally experienced the difficulty in inviting a friend to the game when it has been in service for some time. However, that is exactly why I believe more than ever in the importance of ensuring a game is easy to pick up and play and doing what we can to just get people to try it out—this will naturally allow us to continue development and live services for a long time. The benefits for us will eventually follow if we are successful, and with this in mind I feel that the Free Trial expansion was a success. I would like to continue planning for more bold strategies like this one.

MMORPG: The Community Finder has been a major step towards improving social tools. However, other tools, such as friend lists, blocking, and in-game character information feel left behind as the FFXIV player base expands so rapidly. Are there any more plans to look over and revamp any more in-game social tools, or strengthen the tie between the Lodestone and the game itself?

Yoshida: You brought up the friend list and the blacklist, so let’s take a look at those as two as separate tools.

I do see requests to expand the friend list quite often, but when I go in and look at the data, only one percent of all players have a friend list that is completely full. I’m not trying to say that this is unnecessary because there are so few players to which this applies, but rather I need to think about how to efficiently tie data to a character. We can simply expand the list, but that would in turn require the game client to transmit a massive amount of friend information each time the player logs in—this will affect latency to some degree.

Ultimately, I would like to create something that wouldn’t require transmitting a lot of data, even though this would make that new friend list slightly more basic than the current one. The team’s hands are full with developing Endwalker, but this is something that’s been in the back of my mind—it may take time to be able to tackle this, and your patience would be appreciated.

Now, onto the blacklist: I’ve received requests to make the blacklist have more influence on controlling player matching, but if we go overboard, it will greatly affect the speed of matchmaking in queues. Since players are unable to visibly see what’s going on in the matching processes, it may be hard to understand, but say we apply player blacklists to the matchmaking process—the matching speed will be significantly slowed if the player has many people on their blacklist.

Players may say “please implement it anyway,” or “you should make it so that you can toggle the option on or off,” but with the matching system, the simpler the processes, the faster the processing speed becomes. If we put in different conditions per player, or add any extra decision steps, it will certainly lower the process efficiency. I would love to do something about it, but it would be appreciated if you could understand that this is a much larger undertaking than it may look at face value.

Yoshida: FFXIV is an MMORPG after all, so once you’ve caught up with the main scenario questline, our hope is for players to have the freedom to play any kind of content they want.

If you want to keep the momentum going, perhaps running 8-players raids on Normal difficulty would deepen your immersion into the story. During your spare time, maybe you can level your Disciples of the Land or Hand, move on to the Chronicles of a New Era Quest “Sorrow of Welryt” or the “YoRHa: Dark Apocalypse” raid. If you want an even tougher challenge, then try your hand at Savage difficulty raids… there are many possibilities. For starters, though, I would personally recommend doing the various normal difficulty side content alongside their respective stories. 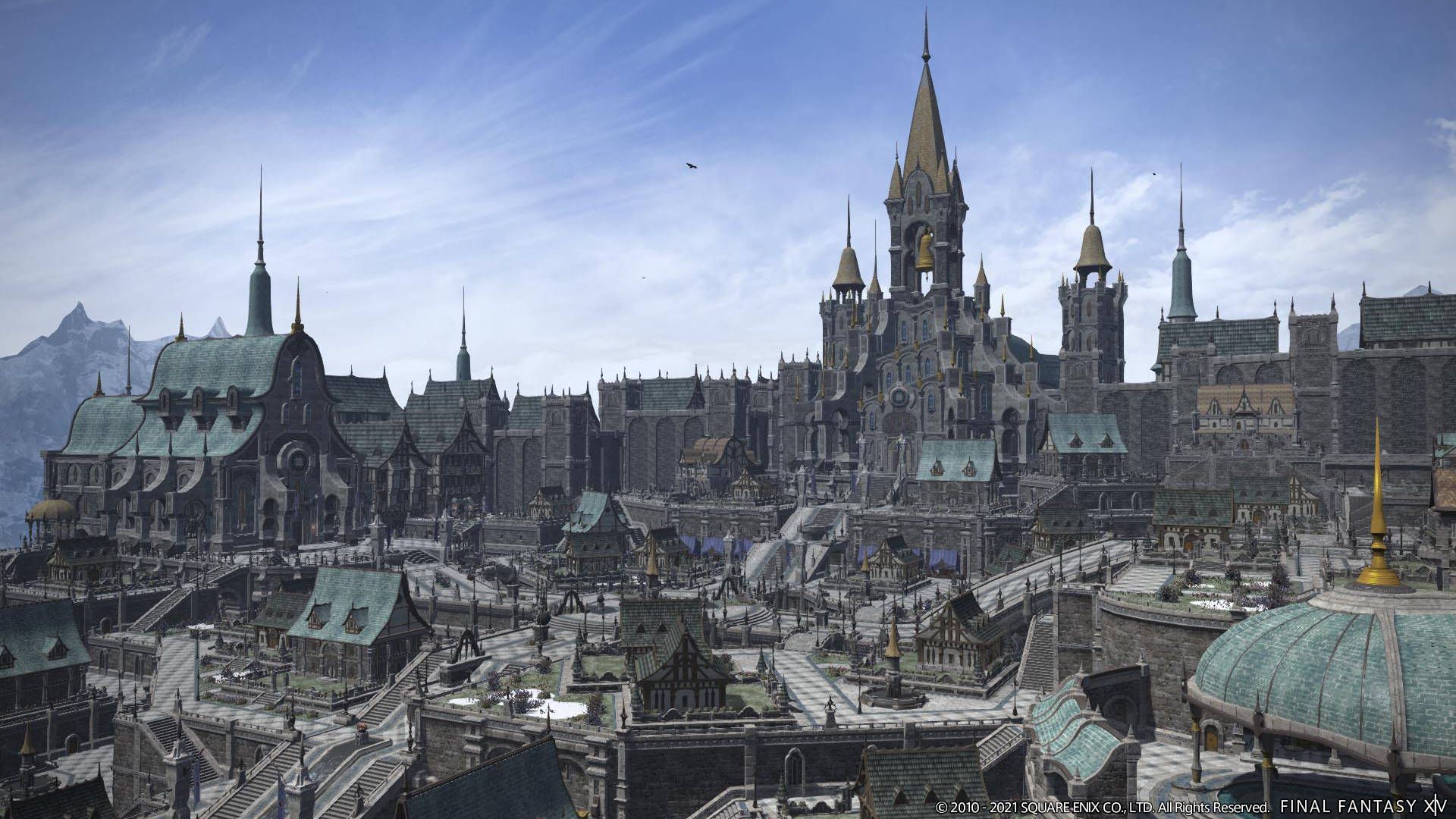 MMORPG: With Ishgardian housing coming as well as the Island Sanctuary, players are wondering — what will the overlap be, if any, between Housing/Estate activities and Island Sanctuary ones?

Yoshida: I won’t say there is no overlap in the gameplay, but they are fundamentally two separate pieces of content. If anything, we plan to incorporate many things that you can’t do within the housing/estate system into the Island Sanctuary. We’ll have more details down the road, so please stay tuned for further updates on this.

MMORPG: How exactly are linkpearls and linkshells made and coordinated in the world of FFXIV? This was answered more thoroughly in FINAL FANTASY XI, but in FFXIV it’s left unclear what the processes are of gaining linkpearls, syncing them, and connecting up linkshells. For instance, it seems pearls are handed out — but how are more pearls acquired? We’ve been using them for so long, but it’s still often hard to tell…

Yoshida: The basic function and lore of linkshells are the same as that of FINAL FANTASY XI—that is at least the common belief between our development team members. However, the FINAL FANTASY XI linkpearl is especially unique in that it goes beyond the lore to be established as a “community system” of sorts.

When FFXIV was being reconstructed for A Realm Reborn, we went into production with the concept of making this game as easy to grasp as possible so it would be understood by the global community. With that in mind, I decided to incorporate a relatively standard “guild system.” This is what we call the “Free Company” in-game.

Whenever you describe it, I’m sure you tell your friends, “Oh, it’s like a guild system or a clan—it’s just called ‘Free Company’ in FFXIV.” That was a deliberate choice. If, hypothetically, the linkpearl was to take on that role, its functionality between FINAL FANTASY XI and FFXIV would be different, despite having the same name, which could cause confusion between those who are experienced with FINAL FANTASY XI and those who are not.

In the end, I drew the line at linkpearls only being used by NPCs for purposes of the narrative. Basically, these are like a company phone that’s distributed only within the Scions of the Seventh Dawn. (laugh) Therefore, we have deliberately refrained from providing a detailed explanation behind it.