Last time, we had the pleasure of talking to Melvor Idle’s founder and creator Brendan Malcolm. This week, we sat down to have a quick chat with Jagex’s own Chris Pfeiffer to learn a little more about the acquisition and how it all went down behind the scenes. In addition to this, Chris opened up and gave us some incredible insight into his history with the company, passion for gaming, and how Melvor Idle aligns with Jagex’s vision of community-driven games.

MMORPG.com: We’ve heard a great deal about Jagex’s up-and-coming game Melvor Idle, but I’d really love to start out learning about you first. Could you tell me a little about what you do for Jagex, how long you’ve been with the company? I saw recently in another article that you’re now the new Director of Product Management!

Chris Pfeiffer, Director of Product Management for Jagex: I’ve been with Jagex for a bit over a year. I joined the publishing team to help find new games and to ensure we do everything in our power to make them successful. As the Director of Product Management, I lead our team of product managers and have been helping here and there around the studio. As I was an early advocate for (addicted to) Melvor Idle, I have been acting as Brendan’s primary point of contact with Jagex.

MMORPG.com: How long have you been in the gaming industry and what was your first “gaming job”?

CP: I’ve been making games for 39 years, since I was 10 years old with a Commodore 64. While growing up, I made small games and toyed around with BASIC and assembly language. In college, a small team of us created a multiplayer card room simulation game called Virtual Cards. Then in 1995, I started my professional career as a programmer at Friendly Software on Greg Norman Ultimate Challenge Golf.  The first day the game was in Electronics Boutique, I went to see the box on the store shelf. It was magical – the box even contained a real golf ball. As I was standing there, a kid walked up, picked up a copy of GNUCG, and then purchased it. At that moment, I was hooked for life.

MMORPG.com: Congratulations on your partnership with Brendan Malcolm! There’s a lot of questions surrounding this one. How did you stumble across Melvor Idle? Was it like a deep dive on indie reddit, or a screenshot on LinkedIn? What and who started this whole conversation?

CP: We first became aware of the game when a member of our staff flagged it to us internally. We looked at the game, thought it was really interesting and recognized how much had been achieved and how much of it aligned with RuneScape. The vision of what Brendan wanted to achieve with Melvor was in sync with our core values of what makes a living game - this was therefore a natural fit for us. Furthermore, the idea of giving someone from our community this opportunity has really excited everyone in the business. 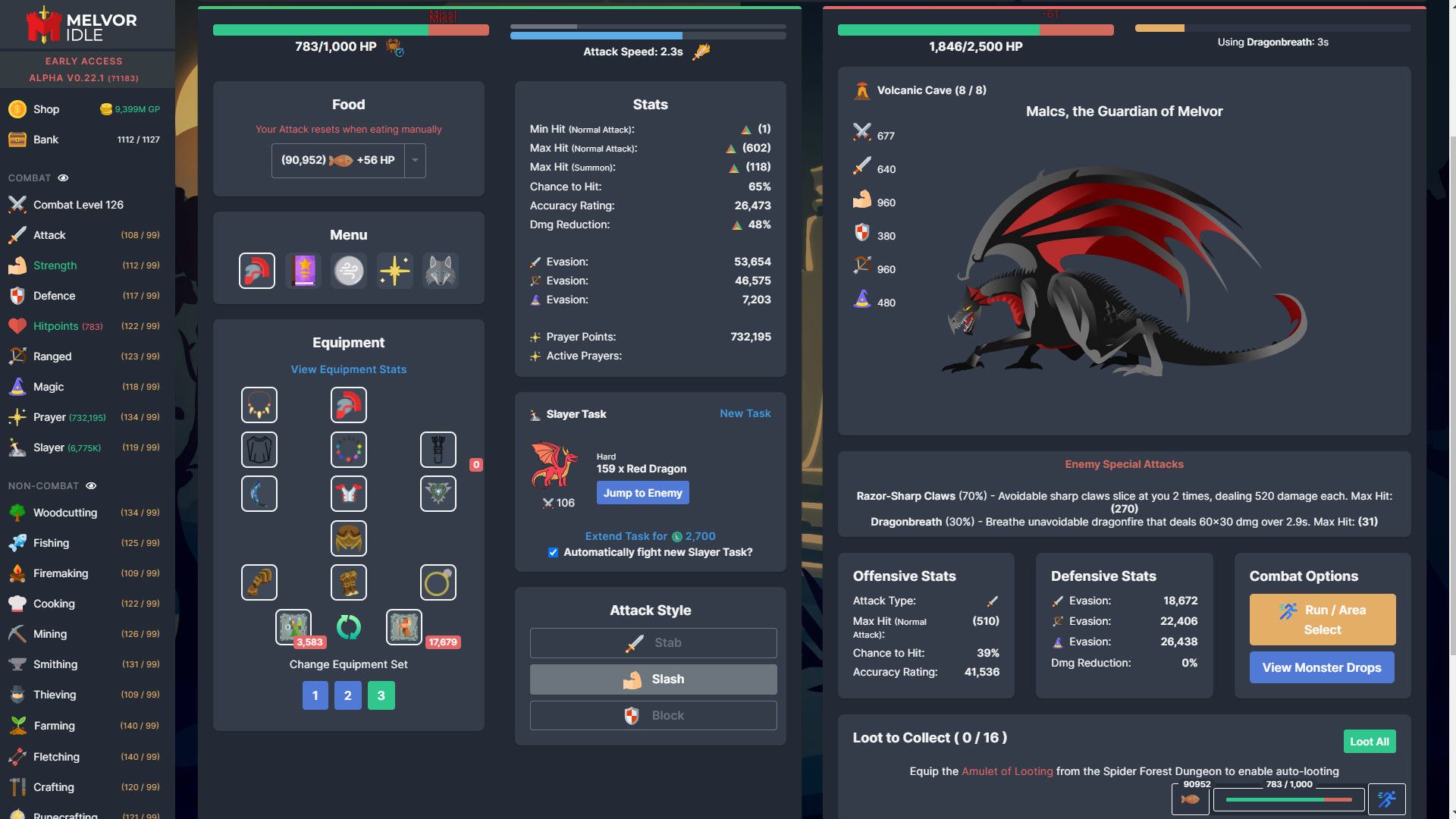 MMORPG.com: Can you tell me a little about who reached out to who and how this partnership came to pass?

CP: Sure. Given the similarities with RuneScape, we reached out to Brendan through Reddit and Discord to see if there was a way we could potentially work together. Brendan was open about Melvor Idle being inspired by RuneScape and we thought that the best way to show our support for what he was trying to create was to embrace that fact.

MMORPG.com: You’ve mentioned before, “Every once in a while, we come across a game and a developer that is so well aligned with our core values that it seems a natural fit for Jagex Partners”, what are some of these core values that you saw echoed in Melvor Idle?

CP: The values we refer to here are the values that make up what we refer to as “living games”. Deep, community-driven experiences that deliver a multi-faceted player experience beyond what you would expect from “live-service”. That means games with evergreen design, a strong community focus, and a long-term commercial opportunity. Games that have the potential to run for a decade, or even two decades like the RuneScape franchise. What Brendan has done as a solo developer with Melvor was very similar to Jagex’s vision of community-driven games, and he has done an excellent job of fostering a healthy and active community around Melvor Idle.

MMORPG.com: Some companies might have viewed Melvor Idle in more of a competitive light to RuneScape, but Jagex seemed to just see its potential and the passion of its solo developer. What was the general reception like in the office when the game was initially brought up?

CP: I recall the reaction to us discussing how we might work with Games by Malcs was entirely positive. Once the game had been flagged to us it wasn’t long before most of the internal team was playing in and finding out just how enjoyable it could be. The fact they could fit it in around work schedules was obviously a huge part of that.

MMORPG.com: Were there any concerns or was everyone immediately on board?

CP: There weren’t any concerns exactly, but there was a conversation about how closely the game borrowed from RuneScape in a few places and if this infringed on our IP. Thankfully, we quickly came to the conclusion that it didn’t, and was just drawing inspiration from RuneScape in exactly the kind of ways you might expect from a fan-made project. All of us were on the same page with wanting to support Melvor Idle not just because it was a promising game, but because it had been made by a solo developer who was so clearly a fan of RuneScape. So, the conversation quickly turned to how exactly we could work with Brendan moving forward. The rest, as they say, is history.

MMORPG.com: It’s one thing to publish a game, but another to actually play it! Have you had any time to personally play Melvor Idle? If so, what is your favorite part of the game so far?

CP: I’ve been playing Melvor since first learning about it. It was love at first sight. My favorite part about Melvor Idle is that I can have moments of joy throughout the day while still doing other things. I like that I can meaningfully progress with minimal effort and then do more time intensive tasks when I am ready to do them.

MMORPG.com: What’s one thing about Melvor Idle that really surprised and impressed you?

CP: Brendan made a lot of really smart decisions. RuneScape is complex and he figured out how to condense it down into rewarding bite-sized moments. I’ve played a lot of both RuneScape and Melvor Idle, it is amazing that they can share so much while being such different moment-to-moment experiences.

MMORPG.com: Have you discovered any newfound inspiration for RuneScape after seeing all the hard work that Brendan put into Melvor Idle?

CP: Yes! And, it isn’t just me. I have lots of Jagex co-workers that play Melvor Idle - even ones that aren’t currently playing RuneScape or Old School.

Now for some fun questions!

MMORPG.com: There’s over 40 pets in Melvor Idle! Which one is your favorite, and why is it the otter? If you haven’t had a chance to play yet, which pet are you hoping for?

CP: I like Chio, because he’s a fat cat with a cowboy hat. 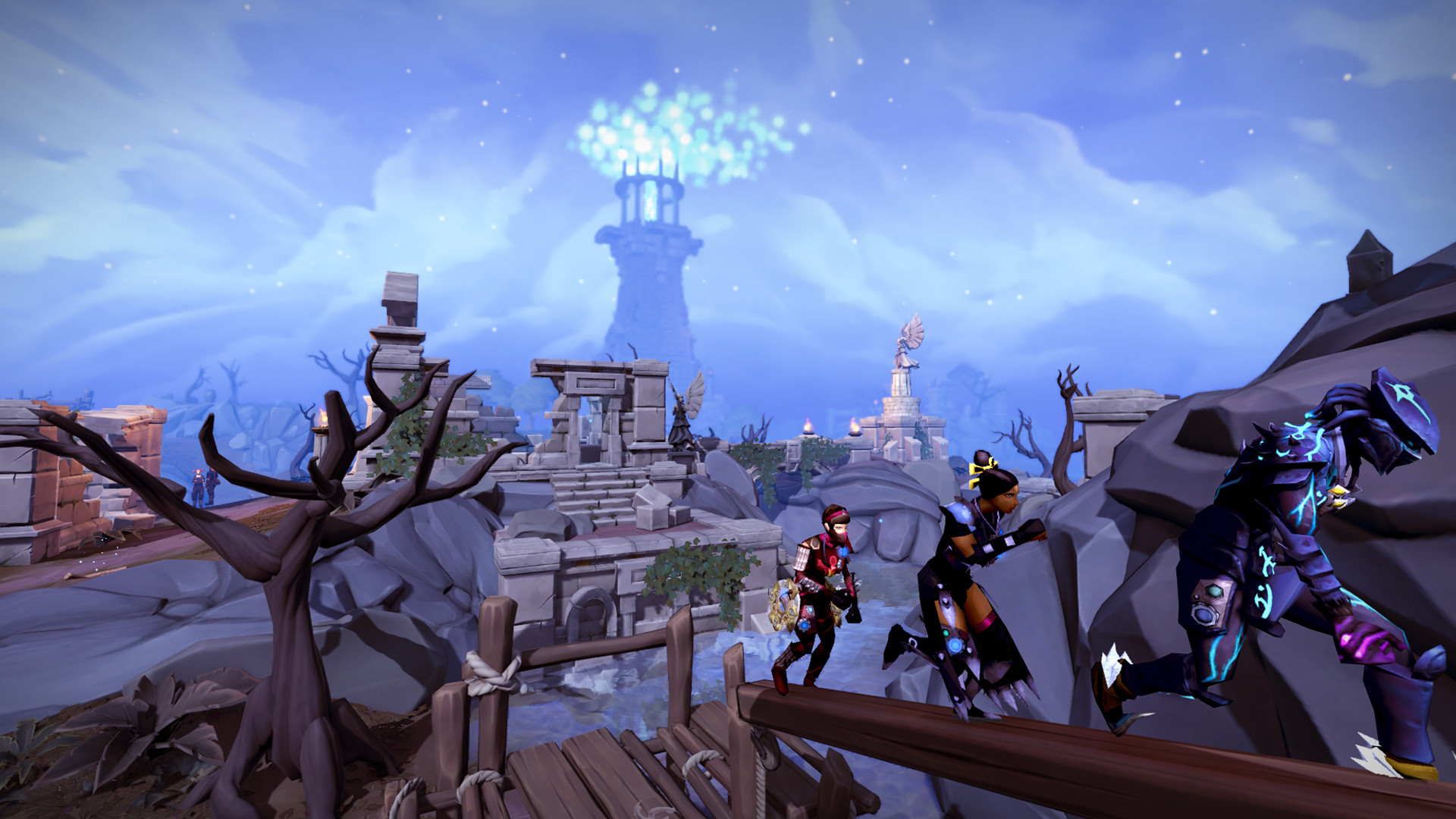 MMORPG.com: When did you start playing RuneScape?

CP: I’ve played RuneScape on and off for well over a decade.

MMORPG.com: Do you prefer Old School RuneScape or Runescape3?

CP: Both games have their merits, recently I’ve been intrigued by OSRS’s Group Iron Man.

MMORPG.com: I only recently obtained my first skillcape, and it was…firemaking. I admit it, not the coolest, but you can probably tell a lot about someone by what they chose as their first cape. What was your first Skillcape?

MMORPG.com: Do you have any favorite quests or particular story bits that stick out in your mind?

CP: Monkey Madness because monkeys; or, Desert Treasure due to Ancient Magicks.

MMORPG.com: Which god banner do you fly?

CP: Banner of Seren given her attitudes toward the Elder Gods.

MMORPG.com Would you consider adding any items or references to Melvor Idle into RuneScape?

CP: We have been talking about possibly adding some RuneScape items to Melvor Idle. I'll discuss this idea with Brendan.